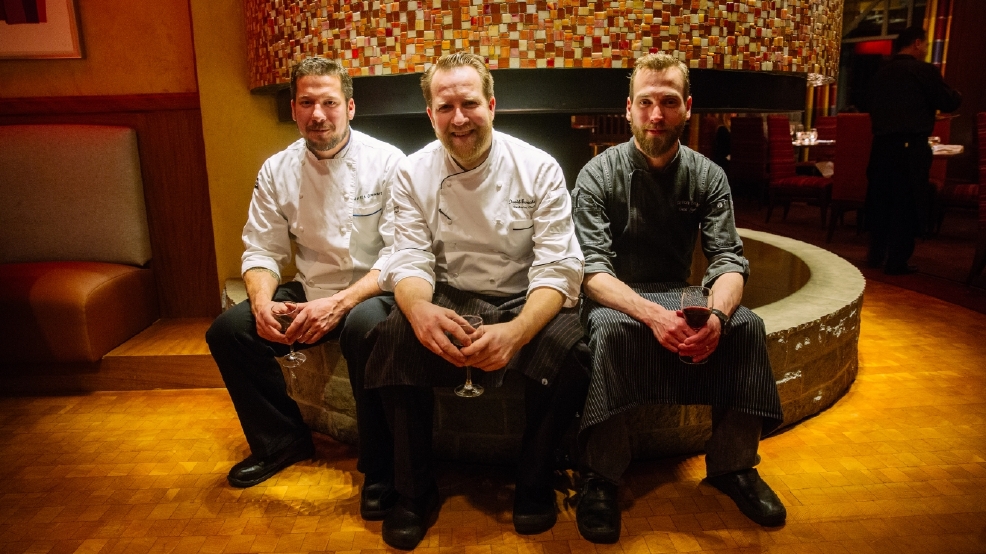 As you may have seen earlier this week, we are in Whistler right now (November 2016) covering Cornucopia - the region's food and wine festival. We were interested to see the area something they are a little less known for.....i.e. food and drinks, not snowboarding and skiing.

The dinner proved a celebration for the ski seasons all three areas look forward to. Each chef prepared a twist on their signature steakhouse dishes, all paired with Kettle Valley wines from Okanagan's Maramata Beach.

The dinner at SIDECUT Modern Steak and Bar inside the Whistler hotel was particularly special because Vail Resorts Inc. recently purchased Whistler Blackcomb and this was a great way to bring the chef from the Four Seasons Vail to Whistler.