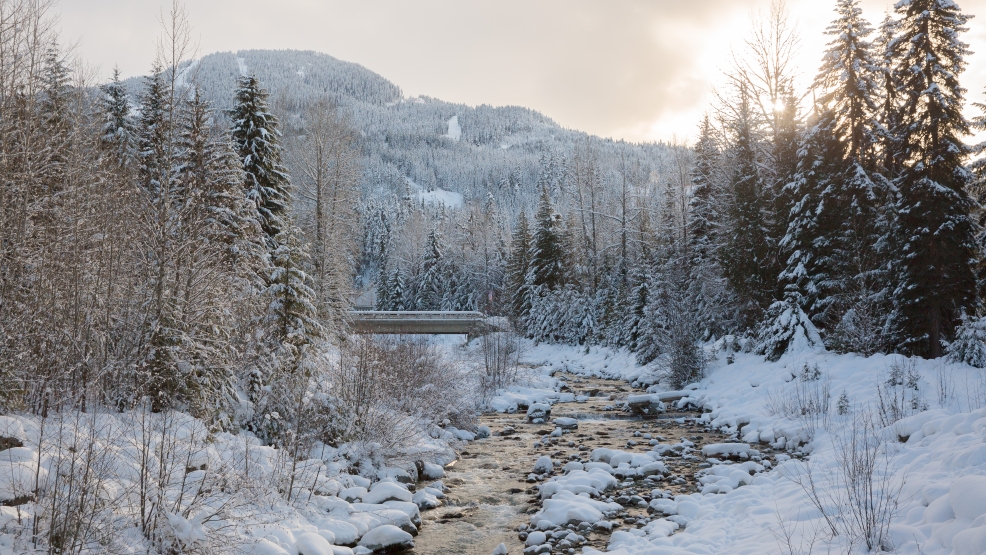 Not a skier? That's ok, Whistler is still most definitely for you. (Image: Paola Thomas / Seattle Refined)
SEE MORE

Five Fabulous Things To Do In Whistler Besides Skiing

There's no better time than now to head to Whistler. The torrential rain we've been experiencing in Seattle has translated to feet of glorious snow in the West Coast ski resorts, which is super welcome after a poor season all round last year. While we were there celebrating Christmas, Whistler was also celebrating its best opening to a ski season in nearly twenty years.

The great thing about Whistler is all the entertainment for non-skiers. I don't ski, but can always find plenty of ways to amuse myself while my family are up on the mountains. Here are my tips to make the most of the resort while you're taking a break from the slopes.

When you're bored of curling up by the fire in your hotel with a good book and a mug of hot chocolate (though that's never happened to me yet), there are plenty of other ways to chillax. Top of the list is the Scandinave Spa where you can zone out in a series of hot saunas, steam rooms and baths alternating with cold plunge pools and waterfalls, before relaxing in the solarium, in a hammock or by an outdoor fireplace, all set in a stunning spruce and cedar forest. The massage treatments here are also among the best I've ever had.

Yoga is big in Whistler and last week I attended Yogacara in the village on an almost daily basis. The classes at the pristine and fully-equipped studio (no need to bring a mat) are the perfect mix of practical and slightly woo-woo and the teachers were welcoming and inspiring. Their CAD $35 weekly pass for new students is a steal. Recently-opened West Coast Float in the same building is the only flotation therapy center in Whistler and is the perfect restorative experience after an invigorating day on the slopes, or by the hotel fire. Finally if you need a healthy juice after all this strenuous relaxing, Naked Sprout makes handcrafted organic juices and some clean salads and snacks.

Even if you don't ski there are plenty of ways to experience the mountain scenery. The record-breaking Peak to Peak gondola between Whistler and Blackcomb mountains is a must and sightseeing tickets for non-skiers are available at the foot of the Whistler gondola.

Between November and March Brackendale (near Squamish) hosts one of the largest populations of bald eagles in the world, which feed on the salmon spawning in the glacial rivers. Sunwolf offers the Eagle Sightseeing Tour where you gently float down the river accompanied by experienced and knowledgeable guides, making for an amazing experience for the whole family.

The Cross Country Connection is the home of cross country skiing and snowshoeing in Whistler and can advise on rentals, guides and lessons to make the most of the gorgeous trails around Lost Lake. Specially designed fat tire bikes, which will allow you to cycle on snowy trails, are making their official debut at the Whistler Olympic Park this season and are available at Fat Tire Biking.

Just because you don't actually ski, it doesn't mean you can't enjoy the après scene. Merlin's at the base of Blackcomb mountain is family friendly until 7pm and then gets a little wilder. Garibaldi Lift Company at the base of Whistler Mountain hosts a young crowd and the patio is a great place to watch the Fire and Ice Shows on Sunday nights. The Dubh Linn Gate is an authentic Irish pub that was built in Ireland and then transported piece by piece to Whistler Village. It features live Celtic music served with great Irish food.

Whistler is a bit of a culinary destination on the quiet, and in November hosts the Cornucopia food and wine festival. At other times of year there are plenty of excellent restaurants (we reviewed some of them here and here) which this year have been joined by two worthy newcomers, the beautiful Basalt Wine + Salumeria which has a fab wine list accompanied by great charcuterie and cheeses, and Bar Oso which offers Spanish-influenced small plates. Other foodie activities include olive oil tasting at Olives on Tap, Whistler Tasting Tours - multi-course progressive dining tours -to some of Whistler's best restaurant, and cooking and mixology classes at Bearfoot Bistro. Chef David Hawksworth, whose eponymous restaurant in Vancouver is considered one of the best in the city, will be hosting a series of Whistler lunch pop-ups through March.

If all else fails there's still an Olympic class village to enjoy. Wander through the pretty streets, grab a coffee at Lift Coffee Company or Moguls or do a little shopping. As well as plenty of places to buy ski gear and athletic wear and a few well-known chains, we liked quirkier establishments, such as the newly-opened Provisioner for all your hipster needs and the amazing Hat Gallery for an incredible range of headwear. Mosey along the paved, pedestrian-only Village Stroll and end up in the Olympic Plaza, with fun outdoor ice-skating for all ages and abilities, and a couple of sledding slopes and pose for a photo by the ever-inspiring Olympic Rings to remind you that yes, this is also a pretty good place to ski.

*For even more tips and activities check out our guide to enjoying the holidays in Whistler. As we do every year, we stayed at the incredibly festive Fairmont Chateau Whistler. Thanks to all the staff there for, as always, giving us a wonderful holiday experience.