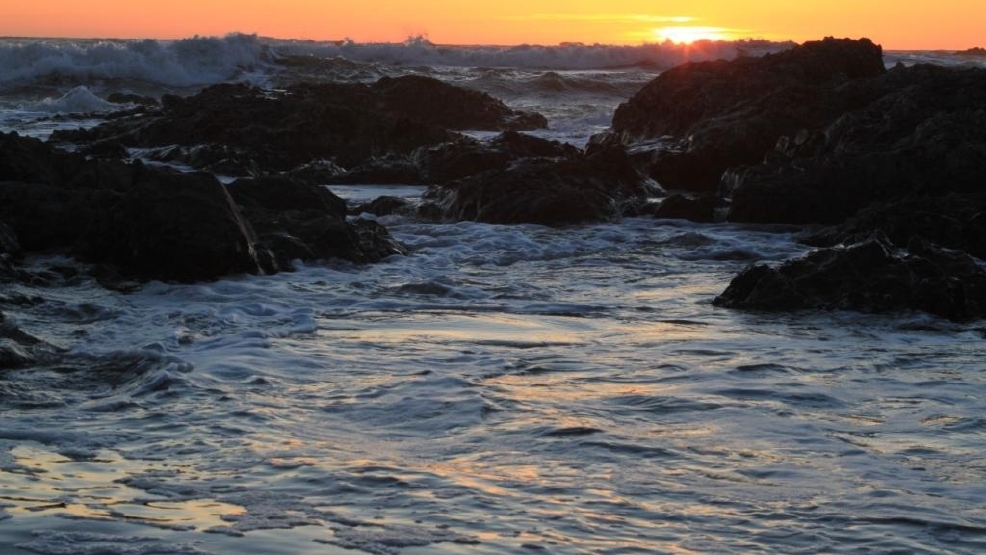 One of the best parts about summer is hopping in the car for a road trip, rolling down the windows, and letting the wind blow through your hair while you jam to your favorite song. Here are five unique (and sometimes a little strange) weekend destinations that take long enough to feel like you've really gotten away, but also leave plenty of time for exploring.
Soap Lake, Washington

Believe it or not, mud is one of the biggest attractions in Soap Lake, Washington. Soap Lake's mineral-rich waters have long been thought to have healing and medicinal value. In fact, there are more than 23 different minerals in the Soap Lake water.

The small town of Soap Lake has been trying to become a major tourist destination since the early 1900's, but has never quite succeeded. The town announced 11 years ago that it was going to build the largest lava lamp in the world, reaching a height of 60 feet, and it's still a work in progress. The town also tried at one point to turn into a Wild West themed attraction, but another town ended up doing it better.

It's an interesting, dusty, tiny place that is definitely worth a look. Its located 20 miles north of Interstate 90 between Seattle and Spokane.

The Govan School House is a photographer's dream. Stark, looming, and decrepit, it sits on a vast field under the blazing sun in what used to be the booming town of Govan.

A large sandbank discovered in the area around 1890 led workmen and their families to come to the town, working to extract sand for railroad construction. It grew to have a population of more than 100 people by 1909, with several warehouses, two general stores, a saloon, and the Govan Public School.

The town had a rocky past and was the scene of several unsolved murders, including the axe murder of a judge and his wife in 1902. In 1927, a huge fire nearly wiped out the town's business district. The town's eventual demise came in 1933 when it wasn't included on U.S. Route 2.

If you're a Twilight lover, Ruby Beach is a must-see destination. (And if you couldn't care less about vampires who sparkle and frolic in the woods, you're still going to love this beautiful beach.) Ruby Beach is about 25 miles south of Forks on Washington's Olympic Peninsula and is one of the most scenic beaches in all of Washington.

To get to Ruby Beach, just drive south from Forks on Highway 101. (Twilight fans can, of course, stop in Forks to see all of the spots mentioned in the book.) The turn-off for the beach is not incredibly well-marked, so pay attention or you'll miss it. Camping on the beach isn't allowed, but you can certainly enjoy a picnic or barbecue.

It's also the home of the house from Goonies! You'll also recognize Astoria from other movies, including Short Circuit, Kindergarten Cop, Free Willy, and Into the Wild.

There are tons of family-friendly things to do in Astoria like visiting the Columbia River Maritime Museum, the Peter Iredale Shipwreck, riding the Astoria Riverfront Trolley, or stopping by the Oregon Film Museum.

For adults, there are lots of fantastic restaurants and bars. Try North Coast Distilling, a great craft distillery and tasting room that now has a drinking vinegar and tonic bar line by Grumpy Dog Shrub. (Since I'm obsessed with shrubs lately.)

Wallace, Idaho is one of my favorite small towns ever. It's got a rough-and-tumble history full of miners, prostitution, and union fights.

Oh: And it's also the Center of the Universe. (At least according to Mayor Ron Garitone who made the proclamation on September 25, 2004. Specifically, a sewer access cover is the center of the universe and a specially made manhole cover marks the spot.)

Nestled beneath Interstate 90, near the Montana/Idaho border, it's a place that still feels like the Wild West. In fact, every downtown building is on the National Register of Historic Places. Stop by a saloon, grab a beer, and talk to the locals. I guarantee you'll return with a good story.

Road Trip Length: 359 miles, 5 hours (This may take slightly longer than 5 hours. It's worth it.)

What's your favorite road trip in the Pacific Northwest? Let me know in the comments.