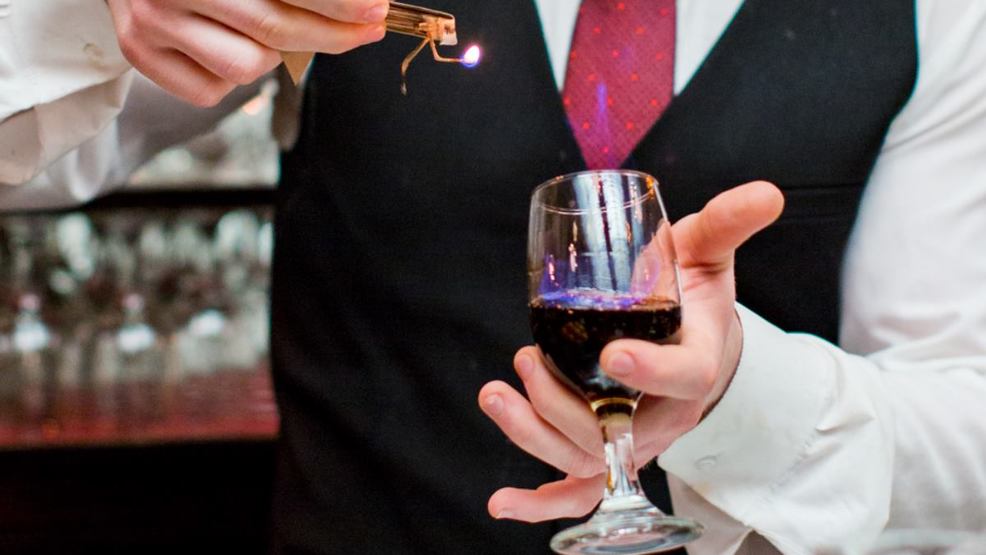 Hidden Gems: 4 Portland Experiences You May Not Know About

Voodoo Donuts. Powell's Books. Pittock Mansion - these are all Portland experiences we know and love. And let me be clear, I am NOT bashing these - I love them all. But everyone knows about them, for the most part. They're the more "tourist-y" attractions that the Rose City has to offer, and just like our Emerald City - we know that there's so much more under the surface.

So on a recent trip down to check out the new Woodlark Hotel, I did what any self-respecting millennial would do: put out the call on social media to find the hidden gems that might not be super well-known, but are important to visit none-the-less. I was not disappointed.

P.S. The Woodlark is a GEM in and of itself. It sits in the heart of downtown PDX, in newly restored historic Woodlark Building and Cornelius Hotel. Besides the attention to detail, ambiance and general aesthetic - having Good Coffee and Bullard Restaurant in/off their lobby is worth staying there in and of itself!

Spanish Coffee at Huber's Cafe
This BLEW MY MIND. First of all, Huber's is the oldest restaurant in Portland - opened in 1879 and made it through multiple owners, the Prohibition, and the hipster scene. Visiting this snapshot of old Portland is, in-and-of-itself, a must-see. But even cooler is trying the bar's signature drink: The Spanish Coffee. Made table-side with triple sec, overproof rum, coffee and Kahlua - the experience of getting the Spanish Coffee made for you is almost as gratifying as the drink itself. The roving Spanish Coffee bartender pours the liquor into a sugar-rimmed glass, the LIGHTS IT ON FIRE, tops it off with the coffee, cream and nutmeg - and ta-dah, you have a tasty treat. Fun Fact: Huber's is the largest independent buyer of Kahlua in the United States, specifically because of the popularity of their Spanish Coffee.

Chai Tea Flight at Pip's Original Doughnuts and Chai
Everyone knows Voodoo Doughnuts. Almost as famous as their little man-shaped donuts are their lines. Even Blue Star Donuts is getting more and more 'mainstream' with their popularity. When I asked people where I should go for a good donut that wasn't Blue Star or Voodoo, and I got flooded with suggestions of trying Pip's in N.E. Portland. Unlike other shops, Pip's doesn't flood you with options - there is a small menu of five to six flavors of doughnut at any given time (like Cinnamon Sugar, Nutella and Raw Honey). And the doughnuts are teeny tiny! You can just get a couple - or go for the full dozen - which still feels doable to eat on your own, btw. But the real surprise star of the show for me was the chai. It's handcrafted in-house, and they have crazy cool flavors like Smokey Robinson Campfire Chai, Heart of Gold Toasted Coconut Chai and Ginger Rogers Spicy Chai. Can't choose? Do a flight, and try 6 ounces of each for $15.

Slow-Cooked Beef Rib at Bullard
Leave it up to Portland to introduce me to the best Texas food I've ever had, outside Texas. Bullard is located in the lobby of the Woodlark, where I was staying - and market themselves as 'Where Texas Meets Oregon.' As I've learned whilst doing BBQ stories up in Seattle, it's VERY rare that the same level of southern cuisine is replicated in the PNW, so I kind of rolled my eyes at this. I knew it would likely be good - but I was not prepared to love it as much as I did. On recommendation from the waiter, we got a pitcher of margaritas (they make a small two-person serving), and ordered the Slow-Cooked Beef Rib. Served with green sauce, bread and butter jalapeños and tortillas - the idea it to kind of make your own tacos as you go. People - these were the best tacos I have ever had, outside of breakfast tacos in Austin. I'm talking melt-in-your-mouth, flavor explosion, how-is-this-possible, good. I would be incredibly interested in seeing whether a native Texan thought the same! End result - walk don't run to Bullard if you're in the Rose City.

Tour at Powell's Books
I know, I know - Powell's is not under the radar. The independent bookstore that takes up a whole city block is a reader's paradise, especially in the day of the e-book. And while most people have browsed the stacks of the literary behemoth, not many know that the store offers free tours every Sunday at 10 a.m. and 4 p.m. Library staff walk you through the many rooms of the bookstore, and give you a little bit of lore. Like, did you know that Powell's actually started in Chicago? And when they moved to Portland, they started in a smaller store a block north of their current location. They expanded to a larger location of May 1980 - does that date ring a bell? Yup, that's when Mt. St. Helens erupted. Apparently docents were rolling carts of books down the block, covered in tarps to keep the ash off the books! The tour also stops by the Rare Book Room, which currently has books signed by Picasso and Matisse and some of Lewis and Clark's journals. The oldest book in the Rare Boom Room as of this publishing is from 1494.