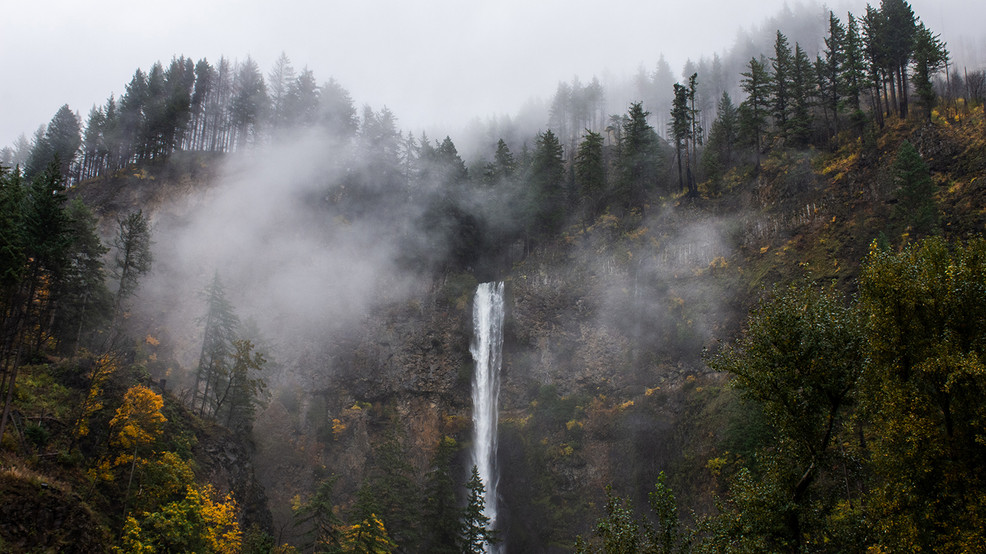 With a new companion book coming out on Aug. 4, "Twilight" fans will once again visit the moody, mysterious town of Forks, Washington — this time from the perspective of Edward Cullen, the iconic (and dreamy) centenarian vampire. While Stephenie Meyer's best-selling series takes place in the Olympic Peninsula, nothing was filmed in the area for the movie adaptations. In fact, only two major locations were used in the state of Washington — and not a single scene was shot in the real-life town of Forks. However, if you visit today, you'll see an old, red truck proudly parked in front of the city's chamber of commerce.

Though the films pay attention to Washingtonian culture with references to "Vitamin R" and Red Vines, the locations used to bring Forks and La Push to life on the big screen were actually filmed in Oregon and British Columbia. If you're feeling inspired by the new retelling of this supernatural story and want to visit Bella's old stomping grounds, here's a list of the most popular "Twilight" film locations you can still visit in the Pacific Northwest.

The other noteworthy "Twilight" scene shot in-state features Cape Horn, WA. When Edward takes Bella on a tree climbing/flying adventure out his bedroom window, they're really soaring through treetops in Skamania County. While you can't have the same "spider monkey" view as Edward and Bella, you can see the Columbia River - closer to the ground - from the Cape Horn Overlook.

"It's La Push, baby!" Except it's not La Push — it's Cannon Beach in Oregon. And after the first film, the Quileute reservation beach was recreated again at Incinerator Rock in Long Beach, B.C., for "New Moon".

St. Helens, OR was used as a stand-in for Port Angeles and its shops. If you look through the shop window during the prom dress scene, you'll see the St. Helens city hall, which was also used in Disney's "Halloweentown".

When the Cullen crew plays thunder baseball, there's a huge waterfall shown in the background. While Washington certainly has its share of amazing falls, the waterfall seen on screen is Oregon's Multnomah Falls in the Columbia River Gorge.

At the very beginning of the first film, Bella and her dad Charlie Swan are seen driving across a dramatic, long bridge and into the town of Forks. You can drive across the same bridge though, in reality, it's nowhere near Forks. It's called The Bridge of Gods, and it crosses the Columbia River and spans the Washington and Oregon border.

Vernonia, OR likely has a stronger claim to be the official "Twilight" town, as two of the city's main intersections were used in establishing shots for Forks. And the Wauna Federal Credit Union in town was used as Chief Swan's police station.

The exterior for the home of the Spartans, as well as the infamous school parking lot scene where Edward saves Bella's life, was shot at Kalama High School in Kalama, Washington. However, after the first film, the franchise was shot in the Vancouver, B.C. area. Forks High School was recreated at David Thompson Secondary School for "The Twilight Saga: New Moon" and the graduation scene in the school gym was shot at Como Lake Middle School for "The Twilight Saga: Eclipse."

The thick, moss-covered forest in the film opening looks just like the Hoh Rainforest, but it's another Oregon dupe. These chase scenes with the deer were filmed in Silver Falls State Park, about 20 miles away from Salem, OR.

In the "Twilight" book, the Forks diner frequented by Bella and Chief Swan was called The Lodge, but the film used a locally-owned restaurant in Damascus, OR and didn't change the name. The Carver Cafe is still open today and cheekily advertises to "come get a bite."

The final scene in "Twilight" — a Monte Carlo-themed dance with an incredibly romantic, twinkling gazebo — was shot at the View Point Inn in Corbett, OR. Unfortunately, the building suffered a fire that took the second floor in 2011, but as the inn is on the National Register of Historic Places, there's hope in the Portland community that it can be restored.