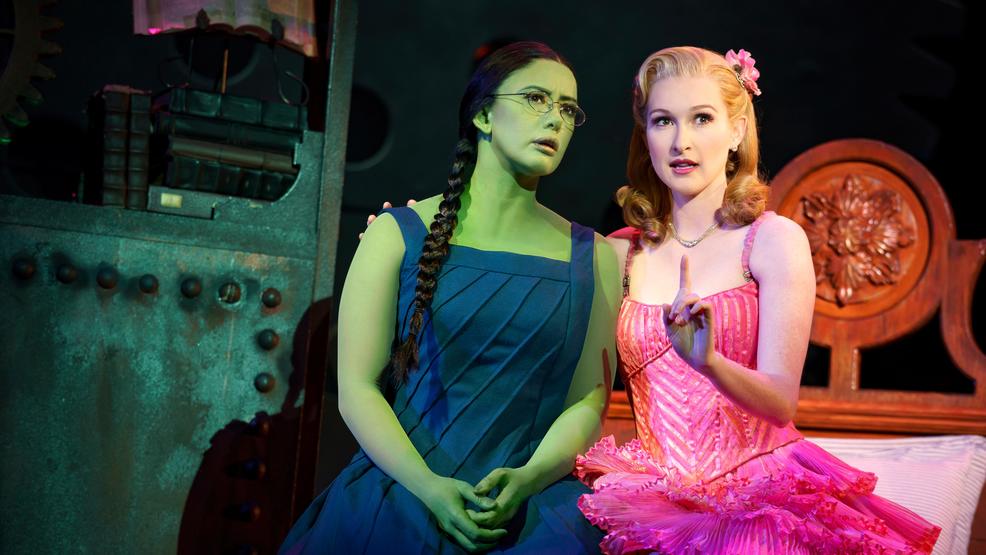 The magical story of 'Wicked,' now on stage at The Paramount Theatre in Seattle, casts a spell on audiences with it's spellbinding score, acting and costumes. (Photo: Joan Marcus)
SEE MORE

'Wicked' casts a bewitching spell at The Paramount Theatre

The magical story of 'Wicked,' now on stage at The Paramount Theatre in Seattle, begins at a special school where two soon-to-be famous witches meet. And you could say - it's definitely not friendship at first sight!

"I play Glinda 'The Good Witch' - but she is? That’s the question in 'Wicked,'" said Erin Mackey. "We’re always exploring good and wicked."

Mariand Torres is Elphaba - who just happened to be born the color green.

"She is often misunderstood and judged because of the way she looks," said Torres. "But she is strong and really fights for what she believes in."

"Not at first, they’re very different," said Mackey. "They kind of get to know one another and they get to become friends."

While their friendship is front and center, many elements of the show seem supernatural.

"It’s like everything you would want for a Broadway spectacle," said Torres. "But then it also has a beautiful story at its core - which is really what I think has made it so successful for so long."

The costumes help the actresses really conjure up their characters.

"I’m blonde in the show, so there's that," said Mackey with a smile, whose natural hair color is light brown. "Beautiful wigs and the costumes, - they’re stunning! I wear these beautiful princess gowns, I wear these adorable school uniforms."

And then there's that green makeup that Torres wears in her role as Elphaba.

"It’s actually not as complicated as people would think," she said. "It’s a MAC makeup, a water-based makeup. Our makeup artist takes about half an hour to get me fully in green."

Glinda and Elphaba face a series of trials and tribulations, all set to an amazing score with some stand-out songs, including 'Popular'.

"It’s just a really fun moment, you get to see them be friends," said Mackey. "It’s really like one real moment we have to establish the closeness between them, and the kindness that Glinda has, and care she has towards Elphaba."

The two actresses may be frenemies on stage but they're friends in real life.

"We did a show together in New York," said Mackey.

"We were really happy when we found out we’d be doing this together," added Torres. "Cause you spend so much time together, and all this time on stage together. That relationship is so important and it’s just so easy".

Within the spellbinding production, there are meaningful messages too.

"Not judging a book by it’s cover," said Mackey. "Even though Elphaba looks different from everybody, that doesn't mean we shouldn’t get to know her. There’s so much value in her and Glinda getting to know one another."

"Everyone has a story," said Torres. "Everybody’s going through something and I think just being able to be open towards all people no matter what they look like or where they come from is really important and always relevant."