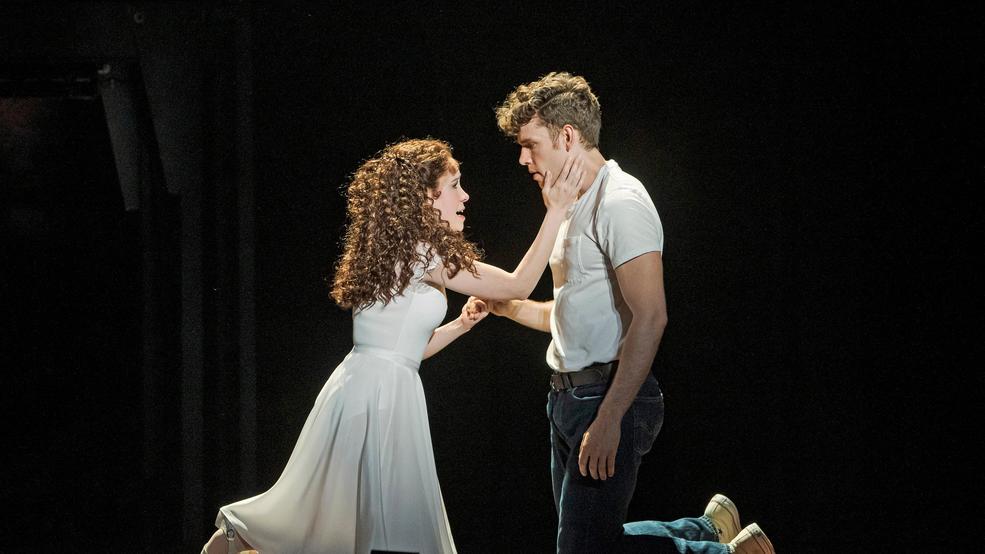 There's A Place for Us: 'West Side Story' is playing at 5th Avenue Theatre through June 23

Will Branner is Tony and Rebbekah Vega-Romero plays Maria - a pair of star-crossed lovers. No, this isn't 'Romeo and Juliet' (though it's based on it). It's 'West Side Story,' now on stage at The 5th Avenue Theatre.

"There is a battle between these Jets and Shark Gang," said Branner. "The Sharks are predominately a Puerto Rican gang and the Jets are all sorts of native New Yorkers. In the midst of that we have a love story blossoming between two people who are involved in both gangs."

Maria has this big dream of being a "real" American.

"I think part of that for her is falling in love with Tony, and [she] grows up through what happens to them," said Vega-Romero.

The romance is set against the backdrop of some incredible dancing.

"I like watching the girls dance 'America,'" said Branner. "It’s so good! It’s such high energy - it’s probably like, the most fun part of the show."

"For me it’s us singing on the balcony together," said Vega-Romero. "I get goosebumps every time we do it."

"That’s an iconic moment on top of that here," agrees Branner. "We’re gonna have a 25 piece orchestra. This isn’t normal when you see it done, it’s 12 pieces maybe 15 if you’re lucky - but to have 25 pieces backing you up while you’re singing?"

He continued, "That's like a full symphony concert -yet completely staged and completely acted... full costumes." Vega-Romero added, "It's not even something you see on Broadway."

Getting the opportunity to play such iconic parts is special.

"The music’s legendary at least in the business." said Branner. "You want to be a part of 'West Side Story'. Everybody wants to play this part. It took me about 15 auditions before I got my first opportunity to play it and it was a big deal."

"I have a similar story," agrees Vega-Romero. "I’ve been wanting to play Maria my whole life. There aren’t a lot of roles written specifically for Latinas. And a lot of them are not the leading lady. And to get to sing this really romantic, classic music and tell a story about people immigrating from the same region of the world that my family comes from and the struggles that they face and to still see all the love and hope and joy that they bring to this country is really just a dream."

For the actors, being a part of this epic tale of hope and heartbreak is an honor.

"For me, it’s 'There’s a Place for Us,'" said Vega-Romero. "The reason I’m an performer, the reason I’m an artist is the reason I make work and share it with the world is to show other little mixed race girls out there that there’s a place for us that we belong in this society and I think that’s the message of this work."