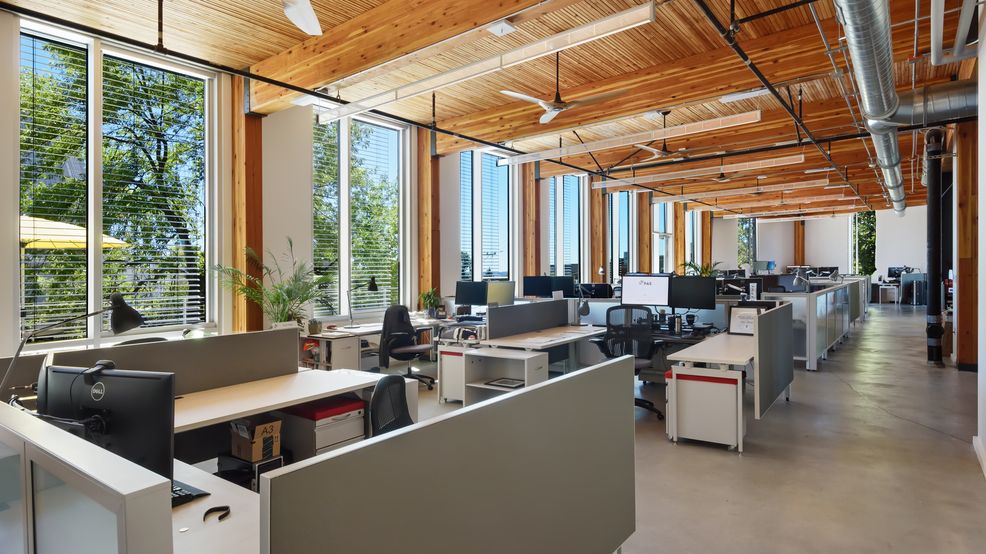 The Bullitt Center on Capitol Hill is a six-story office building that looks pretty normal.

Every square foot of the place is making history, and making a difference for our planet. In fact, it's the greenest commercial building in the world.

The phenomenal center has 575 solar panels, so it actually provides more electricity than it consumes. It's also self-heating, thanks to geothermal wells that circulate through the floors.

Instead of a parking garage, there's a bike garage - and all water used in the building comes from a cistern of collected rain in the basement. The beautiful staircase is the center piece of the building to promote healthy living.

Don't believe us? Just ask an expert - actually, the expert - Denis Hayes. He not only had the vision for the Bullitt Center, but he's the actual founder of Earth Day, which marks it's 50th anniversary this year (2020).

Hayes is the CEO and President of the Bullitt Foundation, which focuses on a sustainable future for the Northwest. But five decades ago, he had no idea this movement would still be going strong.

"In 1970, 20 million people took to the streets and demanded change," Hayes said. "You protested everything that was going wrong - whether it was the war or civil rights or feminism, and we decided to do that about the environment.”

Since that day five decades ago, we have made major strides to help our planet, but Hayes said we still have a long way to go.

“It's safe to say we haven’t passed on saving the Earth," Hayes said. "We need an inflection point and we need a point where we don’t produce more carbon than we put out, and it's got to start going down. We hope it does in 2020."

Places like The Bullitt Center, which opened in 2013, help to reduce our carbon footprint - and that's something Hayes is very proud of.

“I feel about this building a lot like I feel about my granddaughter," Hayes said, "I will pull out 50 pictures and talk about the last test she did or science project and it just goes on and on. It’s a building that basically did everything right. I should also say that this building costs no more per square foot than any other average building in Seattle.”

The Bullitt Center was also a place that many said couldn't be done.

"When we set out to do this building and we talked to a bunch of developers, they said it was impossible," Hayes said. "They said 'You want to generate enough electricity in the cloudiest state for a six story building? You can't do it.'"

But they did do it. Hayes hopes that other developers will follow suit in the future.

"If it exists - by definition it has to be possible," he said. "This structure proves you can build something that doesn’t harm the Earth but enhances it."

To learn more about the Bullitt Center or the Bullitt Foundation head to https://bullittcenter.org/