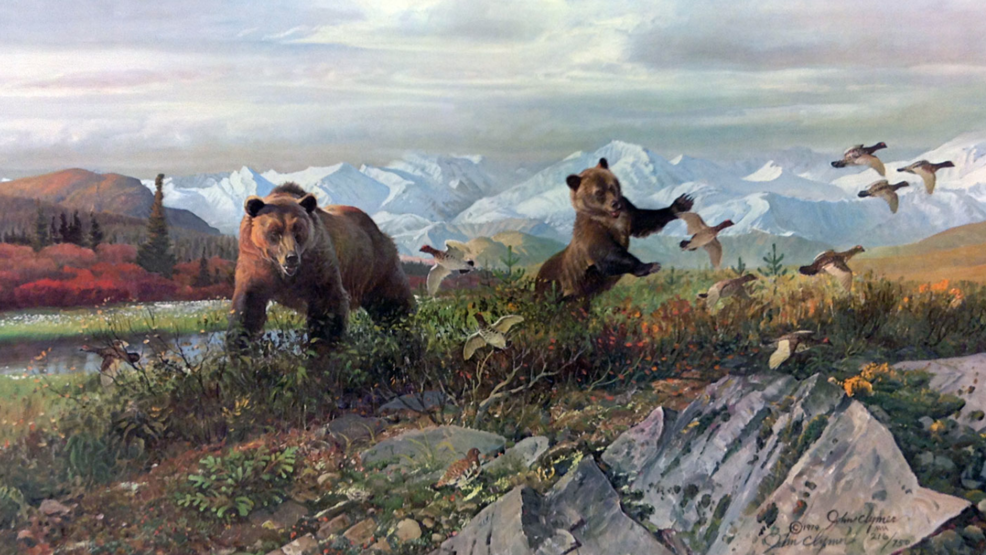 If you find yourself in Ellensburg, WA - be sure to swing by the Clymer Gallery, an art museum dedicated to one of the most talented artists you've never heard of: John Clymer.

“[Clymer] is probably one of the most important American artists that no one knows about," said Mia Merendino, curator at the gallery. "He was born and raised in Ellensburg, [and] was very diverse in his works. Wildlife, and historical works that are very highly regarded. He started his career as an illustrator."

Born in 1907 and passing in 1989, Clymer experienced and painted during some of the most interesting periods of the 20th century.

"He worked for the Fortune 500 companies of the time, [like] Stetson Hats, Coca Cola, Esso Gas," said Merendino. "He did work for all of them. His illustration career was remarkable in that he did over 80 covers of the Saturday Evening Post."

He and Norman Rockwell were the only two artists the Post allowed to do whatever they wanted with their covers.

Clymer made his mark in illustration and advertising - but later in life, his priorities changed.

“He started painting what he wanted to paint," said Merendino. "He was interested in the stories of American history. Stories of the West.”

She said Clymer and his wife (an avid researcher), depicted stunningly accurate historical scenes from the American frontier, some of which are used in textbooks and historical documentaries.