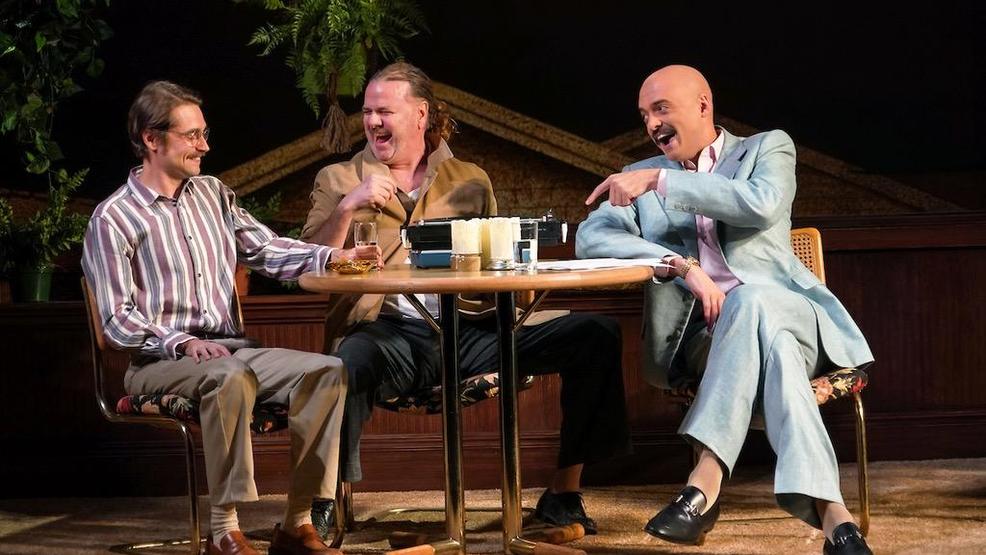 'True West' at The Seattle Rep is a true American Classic

The play "True West" is about two people who seem to be complete opposites.

"It's about two brothers - it's a family story. It's kind of about sibling rivalry," explains Zachary Ray Sherman.

Sherman plays the role of the younger brother.

"The play opens with these two brothers meeting each other after 5 years of being apart," he said. "The screenwriter, my character Austin, is staying at his mother's house in Southern California and finishing a screenplay and then his drifter brother shows up."

"Lee just kind of wanders in," said Anderson. "I think he comes back every once in awhile to steal things from the mom's house. So it starts off on a kind of tense moment right from the very beginning."

With such divergent personalities, the two characters seem destined to clash.

"I like Austin's work ethic and I like his conviction to what he believes is the best form of art or the process of creating it and how he holds that dear and holy," said Sherman.

"With Lee - [there's] little bit of evil in there and it's always fun to play," laughed Anderson.

"I've got a deadline to meet I've got a screenplay to finish and then my drifter brother shows up with a bunch of beer and just wants to dominate and remind me that he's bigger than me and he knows more than me," explained Sherman.

"Anybody that's got brothers and sisters can relate to this play cause there's some fairly abusive things that we do to each other," added Anderson. "I'm more physically abusive, he's a little more mentally abusive. And I think people really get off on it because they see themselves when they were 8 years old course we're grown men but that's what makes it so funny."

"He's known for understanding the American male I think," said Sherman. "More than many other playwrights in contemporary America. The way that he serves up these masculine characters I don't think anybody else does."

"With Sam you can't really ever go too big," noted Anderson. "It's when you really find the madness in his work is when you go beyond your comfort zone. And then things just start to click."

There are some over the top moments and big surprises in this production.

According to Sherman, "What's interesting though is that they couldn't be further different from each other but throughout the play they do a swap." Added Anderson, "And the tables turn!"

"I think that's half the payoff of the play to watch kind of diminutive, shy Austin kind of explode and for Lee to turn the other way," said Sherman.

True West is onstage at The Seattle Rep through February 16, 2020.