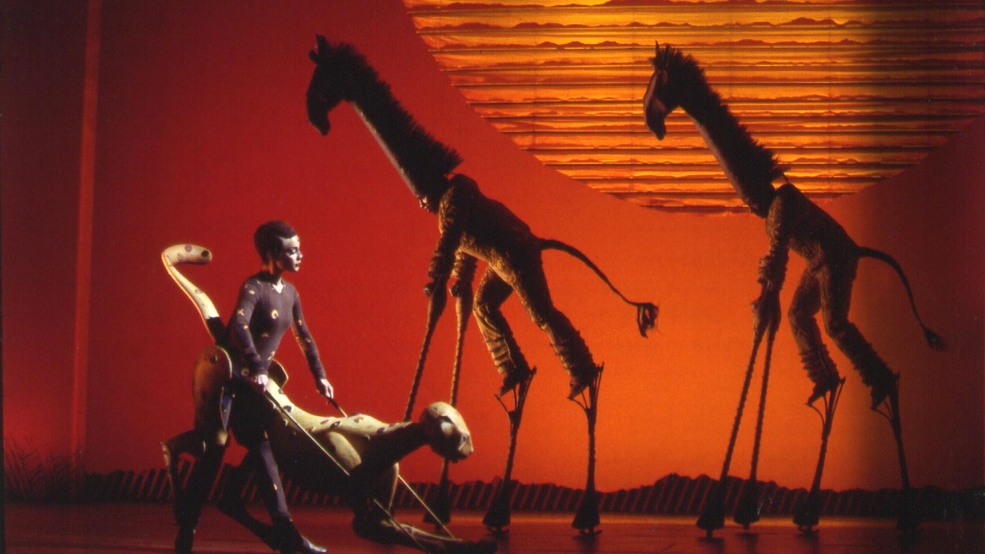 'The Lion King' has been ruling the stage for more than 20 years. The Tony Award winning tale about a lion cub named Simba and the 'Circle of Life' is full of passion and pageantry. (Credit: ©Disney. Photo by Joan Marcus)
SEE MORE

The 'Lion King' Roars on stage with passion and pageantry

"The Lion King" has been ruling the stage for more than 20 years. The Tony Award winning tale about a lion cub named Simba and the 'Circle of Life' is full of passion and pageantry.

"It's a great story, it's a universal story," said Ben Lipitz is Pumbaa, a warthog who is BFFs with a meerkat named Timon, and eventually Simba. "I think because we see ourselves in all the different characters we keep coming back to it fresh every time we see it."

"It's such an incredible story that you want to share with your children," said Gerald Ramsey is Mufasa, Simba's father. "So it's a multi-generational thing where you will literally have people who brought their children and then even their grandchildren to shows. It's been such a treat and such an honor."

The actors portray larger-than- life characters than we can all relate to.

"Pumbaa is just all heart," explained Lipitz. "He's the walking embodiment of Hakuna Matata (no worries) and I think especially in these times - I think everyone really appreciates and really wants to be as accepting and loving as Pumbaa is."

If you've seen the Disney movie you know the story. Seeing the characters come to life on stage is a different experience.

"People ask what are the differences between the film and the stage production, there are songs that were not in the film that are in the production and Mufasa has one, has a song called they live in you," said Ramsey.

"And he tries to impart that wisdom to his kid, and not just that. But he wants to teach his kid about the ancestors that came before him and how that knowledge and lineage passes down the responsibility you bare to honor them, that's why I love it."

That's saying a lot! Lipitz has played Pumbaa on Broadway and on tour.

"I keep a journal of every performance I've done and show count 5,000 [on Father's Day 2016] which was a really special treat. The producers surprised me by bringing my family out on the road to surprise me on stage."

Each and every performance is special. The costumes, sets and music - magically transport you to the Serengeti. Lipitz credits his fellow actors.

"That's our ensemble," he said. "I think they're the hardest working part of the show. Our ensemble makes between thirteen to sixteen costume changes. They're high planes grass, they're hyenas, they're wildebeests, they're African gospel singers, they make up the landscape and tapestry, and without them there would be no story."

The actor's hope is that the audience leaves uplifted and inspired.

"If it strikes a really wonderful memory of just parents and families sharing time together, that's the biggest gift that we can ask for," said Lipitz with a smile.

"I think what I love about the show is when it talks about the circle of life and how we are all connected," Ramsey added. But for him, there's another important message. "Leaving the show, I hope that's what people are taking with them, is how similar we are, how there is no need to be afraid of people who come from different places, and although we speak different languages and practice our cultures differently, we're all connected. We all value pretty much the same things and we all love in the same way."

The Lion King will be on stage at The Paramount Theatre through January 5, 2019.