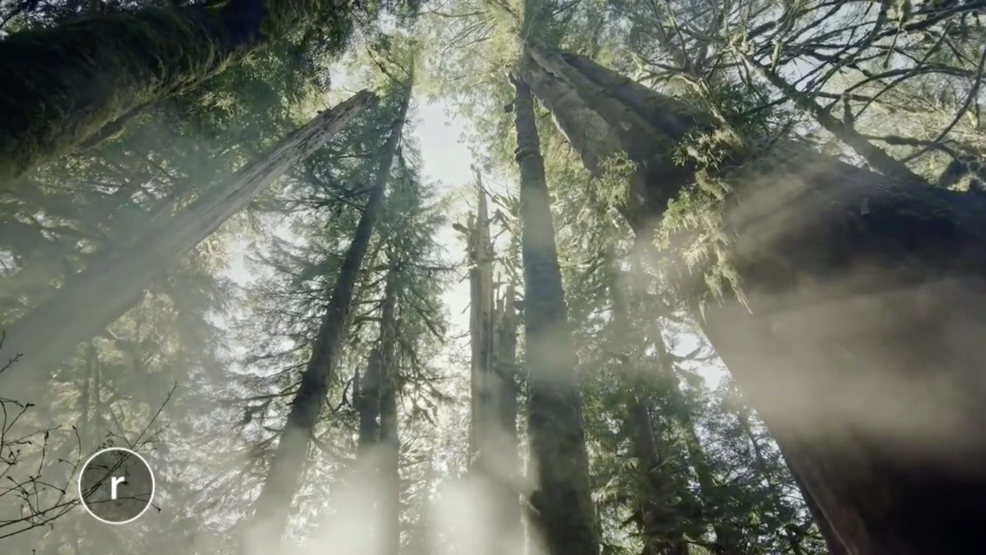 The film "The Great Bear Rainforest", current playing in IMAX at the Pacific Science Center, takes you inside a magical and magnificent world in area that's geographically located between Vancouver Island and southeast Alaska.

"Truly one of the wildest most beautiful places on planet Earth," said Ian McAllister, who directed the film.

McAllister and his crew spent three years on location filming it!

"It's a huge area. Over a thousand islands that make up this massive archipelago that fronts up to the coast mountain range where this incredible rainforest exists," he explained. "Hundreds and hundreds of salmon-filled river valleys and so it supports this incredible ocean environment but also this amazing temperate rainforest environment."

Within this vast space you'll find unique and wondrous wildlife.

"You're watching humpback whales bubble net feeding," he continued "Grizzly bears, these genetically distinct wolves that are fishing there for salmon. It's just an incredibly diverse, biologically rich area."

And then - there are the Spirit Bears.

"They truly are one of the rarest if not the rarest bear found on planet Earth," he said. "There's probably only perhaps less than 200 of them in existence in the world."

Suffice to say - they are fascinating.

"They're not an albino, they're a pure white black bear," said McAllister. "And so they come from this genetically distinct coastal black bear population that's only found on the coast of British Columbia. And within that population is this rare, recessive gene. That allows for this pure, white bear to exist."

This place has been protected by the region's indigenous people for a thousand years.

"There's almost twenty different First Nations in the Great Bear Rainforest," explained McAllister. "But they very much are the original and the present day stewards of these areas. I was really proud that all of the voices - all of the human voices in this film are of indigenous people."

Actor Ryan Reynolds narrates the film that's on a scale so big - it seems only fitting it was filmed in IMAX.

"When you see it in a seven story high screen it's the closest we can do to being the Great Bear Rainforest to people across the world," said McAllister.

The filmmakers faced a multitude of challenges - from equipment and weather to unpredictable wildlife.

But all that hard work was well worth it.

"It's been a lifelong dream to bring this place to the giant screen," said McAllister. "I've been doing conservation work here for nearly thirty years."

There are threats facing the area today. But he hopes humans will appreciate this incredible place and protect it.

"The future of the Great Bear Rainforest - it's very much going to impact the whole future of the Pacific Northwest the whole North Pacific," he said. "If we can hold onto our ancient forests and keep our salmon happy, it's going to a have a ripple effect all up and down this coast."

See The Great Bear Rainforest on screen at the Pacific Science Center. To learn more about this remarkable place and how to protect it, visit Pacific Wild.