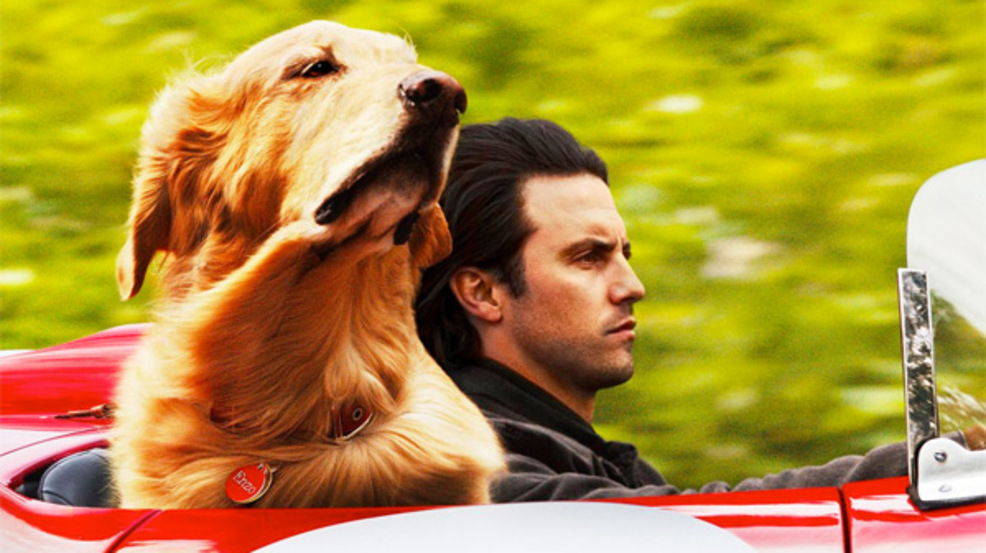 Refined talked to Seattle native Garth Stein, author The Art of Racing in the Rain, about the new movie based on his best selling book. The movie stars Milo Ventimiglia and Amanda Seyfried. Kevin Costner is the voice of Enzo the dog. (Credit: 20th Century Fox)
SEE MORE

Review: 'The Art of Racing in the Rain' is a tender, tail-wagging film

It was just last summer that Seattle Refined had the chance to talk with Seattle author Garth Stein about his best selling novel The Art of Racing in the Rain - and the news it was going to be a made into a major motion picture.

Now one year later - The Art of Racing in the Rain is lighting up the silver screen! We caught up with Stein to get the scoop on the making of the movie, working with the A-list cast, and seeing his book on the big screen.

Your book is a movie! Congratulations. "The Art of Racing in the Rain" is recently out - what was your reaction when you saw it?
Garth Stein: It was a big emotional catharsis, to be honest with you. Now that time has passed and I've seen it a few times, I appreciate it even more - but that first emotional surge was cool.

It's got to be hard to give your baby to a stranger...
You know here's the thing - I didn't consider it giving my baby to a stranger - [more like] giving my full-grown child to a partner or something. It's less emotional than that. The book has been around for 10 years and I've really seen it go through so many iterations of popularity with people reading it and responding to it, so now the movie is more like my eldest son just graduated from college. It's fun.

Were you nervous at all when you were watching it, just about seeing your words portrayed on screen?
Yes and no. I mean, I was really hopeful that they would get the heart and the spirit of the book right and capture that in the movie. I know they have to change things, because a book is 300 some odd pages and the movie is 97 minutes so - they have to make adjustments - that's what they do. As long as the spirit is right I thought it would work and really I have to attest, they nailed it, the heart of the movie is in the right place.

What was it like working like [director] Simon Curtis?
Simon was great and you know, the actors are fabulous.

Just some like little-known indie film actors, right...?
Yeah yeah, Milo Ventimiglia, he's got a 'day job' and Amanda Seyfried, she's just a treat. She acts her heart out in this movie, she's really great.

And you yourself got to do some stuff with the, I saw some shots of you behind-the-scenes working with them at Pacific Raceways [in Kent]!
It was just a really good experience - from what I've heard about shooting the film, everybody had a great time doing it and was really kind of a family. The bonding in the making of the film - that's the spirit of the book, you know, it's about families.

It had good vibes. I have to ask you, because I know you're a racer in real life, how'd you feel about the racing scenes?
The racing scenes were awesome! I think they did a good balance of not too much racing. I was hoping [there was] enough car in there, race fans would be happy, and not so much where non-racing fans would be bored. I think that they really got that straight.

In the book you kind of get to make Enzo up in your head, but in the movie, they went with a golden retriever who sounds like Kevin Costner. Did that feel right to you?
Yeah, I think that I always thought of Enzo as every dog, so it really doesn't matter what breed Enzo is. Those two main 'characters' that played Enzo - Parker and Butler - were both rescue dogs. I think they fared very nicely, how they channeled Kevin Costner, I don't know, the miracle of movie making.

How about seeing the Pacific Raceways in there, because they actually shot part of it there?
Yeah, that's my home track, that's where I learned how to drive. That's where I did most of my racing, so it's fun to see it in the movie.

Now when you wrote this book over 10 years ago, did you ever in your wildest dreams imagine that this was going to be a movie?
My dreams are pretty wild, I gotta be honest with you! I've had some very wild dreams. A book doesn't get legitimized by being made into a movie, a book is still a book, nothing changes, but it's really cool when it's made into a movie.

I went to the movie and I feel invested cause I had the chance to talk with you last year and I watched the audience's reaction, I listened to the audience's reaction - and it was lovely. I think everyone was really moved - I think it was just a beautifully done.
Hopefully there's laughter and tears. It's an emotional journey, that's the goal.

The Art of Racing in the Rain is now playing in theaters.