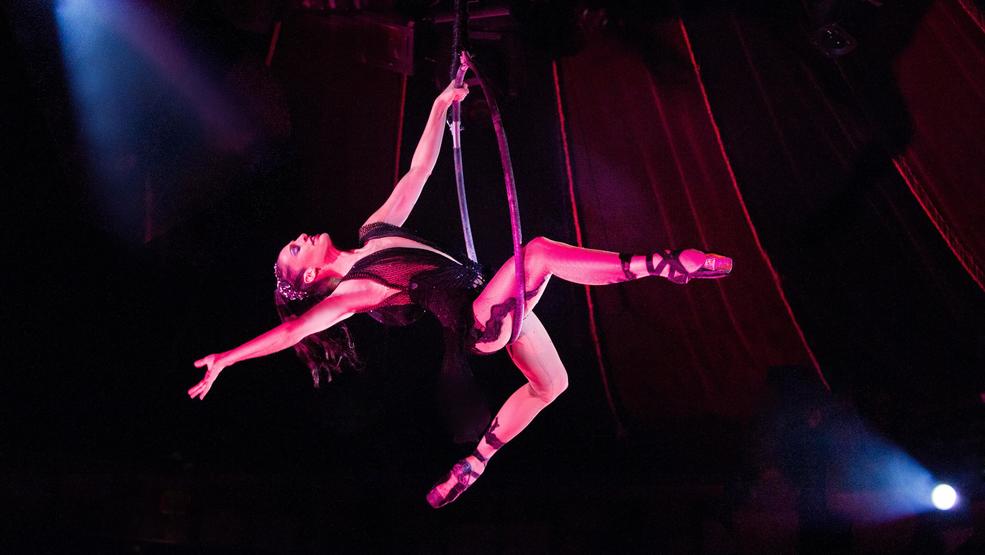 Teatro ZinZanni's latest show is a Feast for the Senses

Stirring songs, spellbinding performances and a charming a story line to tie it all together - it's the celebration called Teatro Zinzanni.

This interactive experience has been wowing audiences for decades. Their last performance, "A Night Like This" is truly a feast for the senses.

"What I love about Penelope is that she claims to be a clairvoyant and she's also into rock and roll, which of course, you know, would go together," said Christine Deaver, who plays Penelope Wilde in the new show.

"Penelope changes, she starts as Penelope then changes to Adelita, which is a Mexican revolutionary character and then she changes to Pele, the Goddess of Fire, all in a days work."

She's at the center of the hi-jinx and humor in this twisty tale.

"I thought of her as a combination of two different people and kind of mixed them together. Then I imagined what she would look like and she would be very colorful, an eccentric," explained Deaver. "Then the music plays into it and the dialogue comes from that. So, it's kind of like making a stew. You put a little bit of ingredient here, a little there and then you mix it all together and you see how it comes together."

The show itself is a magnificent mash up of many acts.

"It's just a cacophonous reverie of joy and romance and music. Obviously the circus and the acrobats and the food. It's a thousand different things all at once all at the same time and I think it's the most fun you can have in two hours in Seattle," said Cunio, the Master of Ceremonies who also gets to belt out some amazing tunes.

"I will be singing my face off, left and right, and wearing some pretty spectacular costumes while doing it," Cunio laughs.

The actor and singer savors being in such an intimate setting.

"I think it's more fun for the performers and the audience when you can create a relationship beyond just getting on stage, having you star-surge moment and being validated. This way you actually get to connect with people, get to know the performers a little bit, get to know your audience and it just makes every night really unique."

"My act is a ballet-based hoop act. I was a ballerina when I started performing at Teatro ZinZanni and incorporated the aerial hoops as a partner to expand on my ability to perform in a very small space," said Lallone.

She loves her quirky character.

"Vonda is a sort of eccentric perhaps, a little mysterious and a lot of fun," explains Lallone. "I was a big fan of Teatro ZinZanni before I started working here, so now to work with some of those people that I was in awe of as an audience member is a dream come true."

When the show starts, it's pure magic for the actors and the audience alike.

"I've never seen anything like this," said Cunio. "It's truly a once in a lifetime experience so bring a seat belt."