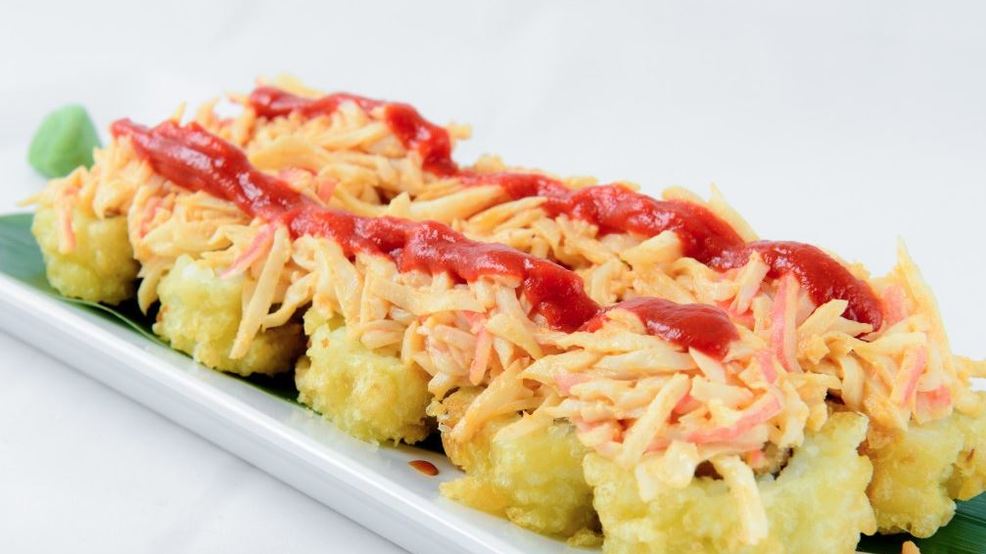 Sushi For The Cure: The food at SUFTC has a special meaning

Even minutes after opening their doors for the day the atmosphere at Trapper's Sushi is already lively. Sushi rolls are leaving the kitchen at a rapid pace, and it's not going to slow down, people love this place.

"I think our food quality is the best. I think we have great customer service. I think our atmosphere is what really sets us apart. We're not a very traditional sushi place. We're a place like a bar where you can go and have fun," said Trapper O'Keeffe, the owner of Trapper's Sushi.

O'Keefe started his business with a single restaurant. Now there are eight Trappers locations, from North Bend to Bremerton, with more on the way.

"We're known for all of our creative rolls. Our most popular roll is the Bonney Lake. Everybody loves it...and we also have a Samantha Roll, which has lobster and scallops. It's amazing," he explained.

The namesake for that roll is O'Keefe's wife Samantha Skolrud. The two met through mutual friends.

"I asked her out and our third date never ended," said O'Keefe with a laugh.

As the business grew the couple started getting involved with local non-profits like Valley Girls and Guys, an organization that has raised more than $3 million for Susan G. Koman.

"What I say is you never know when it's going to affect you. So if you're able to give back you should give back," he said.

In 2014, as part of their partnership, Trapper and Samantha attended a Valley Girls and Guys event. An event that would ultimately change their lives.

"I was impacted by that whole event and the speakers and it prompted me to get my first mammogram," recalled Skolrud. "I remember the day because I got the call back after I went for my mammogram. And walking back in there I just knew. I knew what they were going to say."

The doctors told her she had triple positive breast cancer, invasive ductal carcinoma.

"For me, since I was a little kid, I always set the bar as nothing is bad, at least I don't have cancer," she said. "So when I hit that bar [that] I had already set as being the worst thing ever - it devastated me. Completely devastated me."

"It's like a punch to the stomach, I didn't know," said O'Keefe. "She was diagnosed with cancer. Does that mean she's going to die? That's the first thing I thought and it's so scary."

But those feelings of fear were soon joined by one of resolve. To fight together, through a double mastectomy and six rounds of intense chemotherapy. And to live a life not defined by a diagnosis.

She was declared cancer-free three-and-a-half years ago, but even after finishing treatment she admits things didn't go back to normal. Instead, she and O'Keefe are adjusting to a new normal.

"I don't know, it just makes me feel happy to be here and, every day, I appreciate every day that I wake up and I feel okay and I feel good," she said. "I appreciate my family, my husband. I mean - I couldn't have done it without him at all. I know that."

Yes, the couple are grateful, for life, for their health, for each other, and for the chance to keep doing what they've always done, give back, at events like Standup for the Cure.

"We're really excited," said O'Keefe. "Anytime we have the opportunity to help other people raise a lot of money I'm there, I'm there."

The fight isn’t over! Join us at the third annual Stand Up for the Cure on August 24th at Lake Sammamish State Park. Start or join a team now!