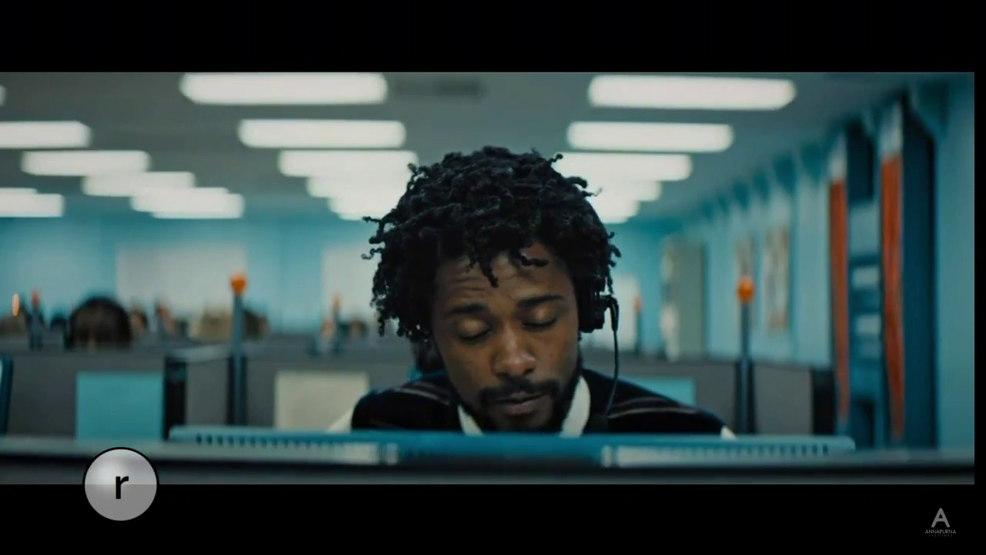 'Sorry To Bother You': An absurdist, dark comedy with magical realism & science

It's among the most talked about movies of the year. "Sorry to Bother You" has played to sold out crowds from South By Southwest to SIFF, where it was the festival's centerpiece gala.

"I made an absurdist dark comedy with aspects of magical realism and science fiction inspired by the world of telemarketing," said writer/director Boots Riley.

Years ago Riley spent time working in telemarketing. This film is his revenge against the industry. Lakeith Stanfield ('Get Out', 'Atlanta') stars as Cassius, a telemarketer who discovers a skill that gives him magical selling powers, allowing him to shoot up the corporate ladder. At least that's the simple version. "Sorry to Bother You" is a film that starts in the world of cold calls, then goes so many other places.

"We've been able to hide everything the movie is about...There's going to be some stuff happening that you just didn't even think was going to happen from the trailer," said Riley.

"Sorry to Bother You" is Riley's directorial debut, but if you know music, then you probably already know his name. Riley is the founder and frontman of the hip-hop group 'The Coup' and a noted producer.

"I mean being a producer in music is very similar to being a director...It's about serving the final thing. And attaching your ego to that final piece of art as opposed to the steps along the way," explains Riley.

He finished the screenplay for the movie back in 2012, but Riley thinks the film's release couldn't have come at a better time.

"When I finished it, Lakeith Stanfield had not even been in his first movie yet. And so the development of this movie was one that was parallel to the development of his career, so that we could meet each other here and burst onto the scene together," said Riley.

They're bursting onto the scene in a big way. If you want evidence just look at the rest of the cast. Tessa Thompson, Armie Hammer, Terry Crews, Danny Glover. Talent from top to bottom.

"All of these actors, they could have been making a lot more money than they were during the month we shot this...And on set there was a camaraderie around trying to make this piece of art that would last and affect people in a certain way and be talked about for years to come," said Riley.

To that end, Riley made a film that doesn't follow a formula, it creates a new one. Is it entertaining, funny? Of course! But "Sorry to Bother You" has a depth more akin to a novel than a movie.

"I didn't want to make it simplistic like some movies are. Like boom, boom, boom, here's the point, you know? I wanted to leave (the audience) with a lot to talk about, a lot to chew on," said Riley.

Given the reaction from critics and audiences, it's clear Riley's style resonates. He's going to have the chance to tell more stories, and he's already thinking about which one is next.

"I started out in film school, and then left when we got a record deal. So I've had 20 years of wanting to do movies. And so I have probably about 20 ideas I want to do next. 14 of them are great."