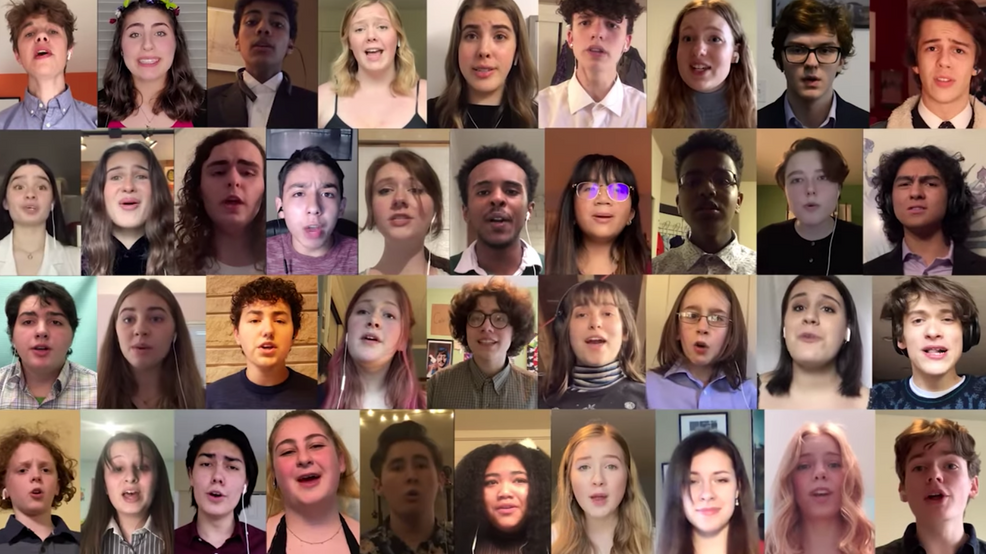 "One Day More" is a soaring song with stirring lyrics from the musical "Les Miserables". It's a sort of grand finale for senior drama students at Shorecrest High School in Shoreline. It was meant to be shared on stage.

"This spring we were working on a big huge production of Les Mis," said drama reacher Andy Kidd. He had been looking forward to this for years. "The senior class is so special to me. So it was a way to sort of honor their work and a way to showcase them."

More than 80 students were part of this production. Then, because of the current health crisis, the music suddenly stopped.

The fact that so many senior were involved made it bittersweet.

"I think about seniors with anything, when you do your last thing - and to not be able to do it with us and together to not go to prom and to not be in person for graduation - all that stuff. The loss is devastating."

David Kaiser is a senior at Shorecrest.

"I was just about to play the lead role - I was gonna play Jean Valjean," said David Kaiser, a senior at Shorecrest. " I realized I wasn’t going to be able to do that about a week or so after school closed."

That's when Kidd reached out to him and the other soon-to-be grads.

"Right away I was focused with my seniors and we got on ZOOM," said Kidd.

"We started thinking what can we do to give our community a performance and to give our cast and crew and pit orchestra some sort of closure," said Kaiser.

As the saying goes, 'the show must go on.' Together, they came up with a plan.

"The best thing we could think of was kind this video format," said Kaiser. "I had some video editing and some audio editing experience so I had the experience to put this together."

Students sent him their individual tracks, and over the course of many weeks, he blended them together.

It was the perfect song for another reason too.

"It’s also this idea of ‘One Day More’ this idea of hope on the other side," said Kaiser. "I’ve edited a whole bunch of stuff in the past but this was one of the hardest things cause what I had to do was I had to put the visuals together in a way that was creative and engaging and meaningful to the story."

The experience became a kind of life lesson in perseverance for the younger students too.

"This is sort of our window of time where these juniors are sort of looking at their role models," said Kidd.

Including Abi Brittle, a professional actress who's appeared in ABC's 'Schooled' and Netflix' show 'Everything Sucks.'

"I was just like so grateful - and I was like 'Oh my gosh these kids are so talented," she said.

Then, that magic moment.

"I remember the first time I heard everyone’s voices together," said Kaiser. "I lined them all up I didn’t really do any of the adjustments to make the sound perfect or any of the level adjusting. Even without any of that their sound just blew me away."

It was a very different opening night.

"We had an opening night party, we revealed it to the cast crew and orchestra," said Kidd. "There’s all these faces of people that you know and care about have encouraged and supported over the years and then there’s so much distance right now. It was overwhelming."

"I think that people felt like it was something to bring us together. Even if we couldn’t be physically together," said Kaiser.