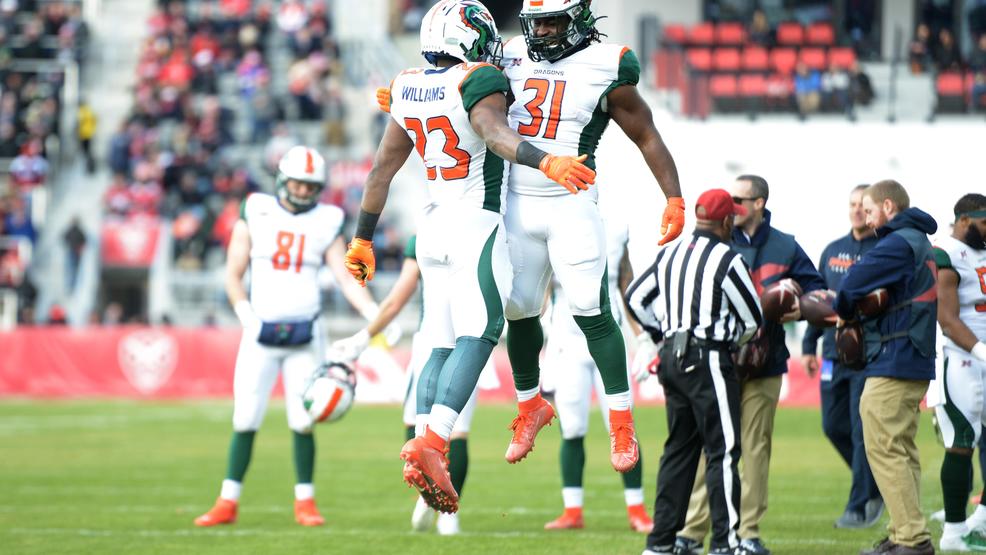 The Super Bowl has come and gone, but who says football has to end? The XFL is back with a different kind of football that can fill your weekends for the next couple of months.

It's the first season for the Pacific Northwest's newest pro football team, the XFL's Seattle Dragons. You'll have five chances to see the hometown team play at CenturyLink Field, starting this Saturday! With 10 games total, you could even take a weekend trip to catch an away game.

Each XFL game will be focused on the fans and creating a fun atmosphere for the whole family. That means several aspects of gameday will be different than what you've learned to expect from other sporting events:

The gameday experience isn't set in stone, by any means. You can join the Football Advisory Network (F.A.N.) and make your voice heard. F.A.N. is a digital community that allows fans like you to participate in polls, surveys, and discussions about how to improve gamedays for everyone. You can join here, which will unlock access to giveaways, special content, and events.

Every great game starts with a great party! The product on the field might be played at a faster pace, but that doesn't mean you have to be in and out of the stadium quicker. The stadium's gates open 90 minutes before each game, and inside the west plaza of CenturyLink Field, you and your family can enjoy a tailgate party with face painting, a music DJ, food and drink specials, and more. The best part, all this is included in your ticket price!

Who's on the field?

Jim Zorn and Kasen Williams add some local flavor to a team that features seven people with Seahawks connections. Zorn played in 126 games in nine years as a quarterback for the Seattle Seahawks. He will now coach a team that includes Williams, a former wide receiver for the Seahawks and Washington Huskies, plus quarterback B.J. Daniels, cornerback Mohammed Seisay, and offensive tackle Isaiah Battle.

So for the love of football, step into the fire and visit the Seattle Dragons for their first home game of the season on Feb. 15 at 2 p.m. against the Tampa Bay Vipers.

For tickets, gear, and more, visit the XFL website or go directly to the Seattle Dragons page.

You can dig deeper into the XFL by downloading the official app here.