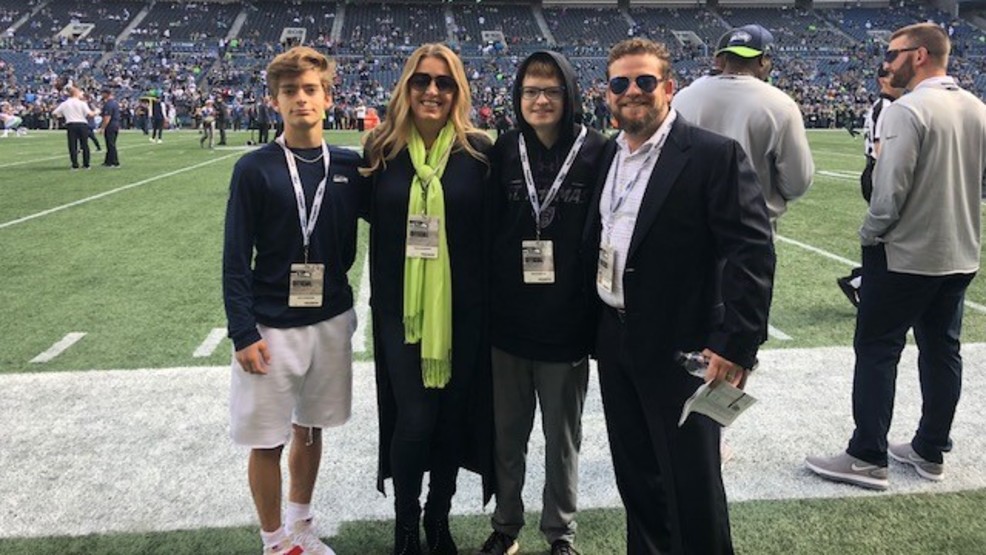 April is Autism Awareness Month, and it's a cause that's especially personal to Seahawks General Manager John Schneider and his wife Traci. Refined recently caught up with Traci to talk about Ben's Fund, the organization she and John co-founded, and learn more about the ways you can give back.

Seattle Refined: For folks who don't know, tell us about Ben's Fund
Traci Schneider: Ben's Fund is a grant that John and I started eight years ago. We started this because our son was diagnosed with autism at the age of three. He's now 17. So we've been on this journey for quite some time and we know what it's like to be parents of a child with autism. We know the struggles, and we know what you have to overcome, and the journey, and what that looks like and how hard that is. So we wanted to create something where we could support families immediately and we could give them the help they needed because every kiddo and young adult that has autism is different, their needs are different and they change as they grow up. So we really focused on supporting the families, the kids, the young adults exactly when they needed it, how they needed it - it's been a blessing. So we give grants to kids and, [starting] last year, young adults with autism in the state of Washington. We've given over 1,800 grants - we're almost to 2,000. So, it's been amazing.

The money that you provide to these families, how does it impact the quality of life for somebody on the autism spectrum when they can get these treatments, these therapies, pay for these medical bills?
These are families that are in need. They need help, they need support, because having a child with autism costs a lot of money and a lot of insurance [providers] don't cover it - the wait lists are really long. So it's a struggle to find that support and then when you find that support, how do you pay for that support? So that was really our key was to help these kids be everything they can be and provide that financial support so they can get what they need.

One of your big fundraisers coming up this month is the Prime Time Celebrity Waiter Event that you put on every year. I know it's sold out but you have so many awesome people that come in and it's been such a success for so many years
It has been amazing. And it has blown us away how this event has taken on a life of its own. The environment it creates and the camaraderie it provides for the players too. The current players and the former players we having coming in. Matt Hasselbeck is scheduled to be there that night too. He's coming in from out of town. Just having that interaction with the alumni and with our current players, but also getting our current players involved in the community, and meeting some people, and they're having fun. They're just coming back from the offseason. This is the first week they're all back together, so they're having fun, and we make it a competition (to see who can raise the most money), so they all jump into that.

How much money have you raised from that event so far?
In total we have raised over $3.5 million for Ben's Fund. It's amazing. We turn that around and give that money back to the community.

There are a number of other ways folks can get involved with Ben's Fund. How can they help?
We have an online auction that we're doing. We have a Walter Jones autographed item, a K.J. Wright autographed item and a Russell Wilson autographed item. The proceeds from that auction go directly to Ben's Fund. You can also just donate. And one thing that I've been talking about, one reason why John and I talk about Ben, and we talk about our journey, and we talk about our life is to hopefully provide support to those people who are living the same journey we are, but also to create awareness with people in the community. And just patience and understanding that there might be something else going on if you see something a little different, or interesting, or odd, or quirky. You know just take a step back and really realize that there might be something else going on there that you don't know, and just to have a little bit more compassion and understanding. So, all of those pieces can come from Ben's Fund, which has been amazing.

This interview has been edited and condensed.