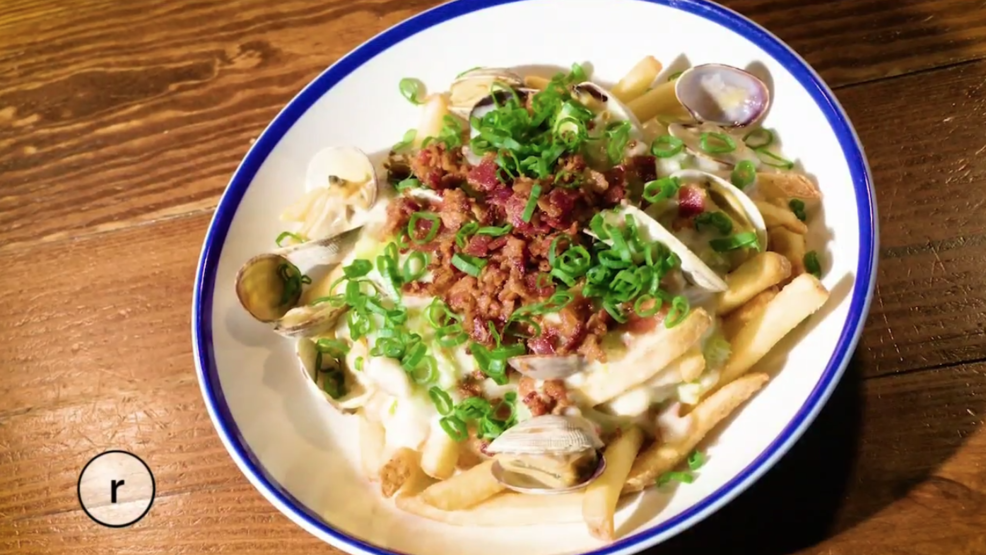 All this week, Refined is on a quest to showcase some of the best french fries in Seattle. Each producer branched out to a new place in the city to search for the ultimate, most unique fry. Brandon was up first, and things got a little...fishy.

My pick was a no-brainer. It's a dish with layers of flavor, and it just so happens to feature two of my favorite things: fresh local seafood and bacon.

This is the Poutine O' The Sea at White Swan Public House.

At this South Lake Union staple, Executive Chef Charlie Garrison is serving up a menu of serious seafood. Highlights include the Cast Iron Mac & Cheese with Dungeness Crab, Fish and Chips, and, of course, fresh oysters. But, the most popular dish by far is the Poutine O' The Sea.

"It's basically fries, a chowder gravy that we make out of clam stock, little neck clams, bacon and scallions," said Garrison.

The fries have a rice flour coating, by design - so they don't get soggy when they're topped with that rich chowder gravy. According to Garrison during the summer months, he'll go through 4-5 gallons of gravy a day.

So, we know it's popular, but is it good? In a word, yes! The fries are crisp, the chowder is flavorful, especially paired with those fresh clams, and the bacon provides the perfect salty kick to round out the dish. It's poutine done the Seattle-style. You'll want to come back to White Swan to order it again and again.

Tomorrow, Malia is checking out some poutine fries...