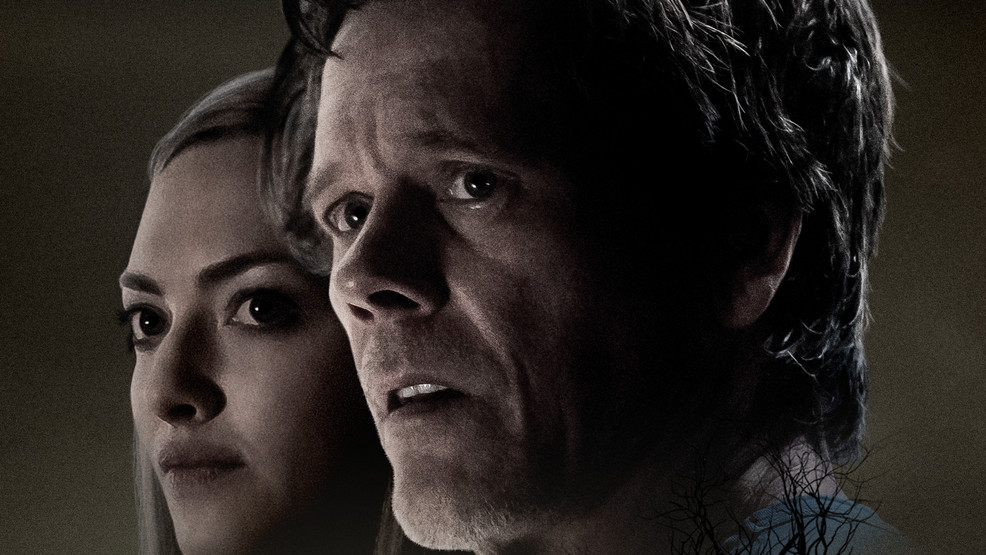 Kevin Bacon stars in the new psychological thriller 'You Should Have Left' (Image: Universal)<p></p>
SEE MORE

One Degree Away from Kevin Bacon

Actor/musician Kevin Bacon and Seattle Refined go way back. We got to interview Kevin and his brother Michael when they were in Seattle on a tour with their band The Bacon Brothers back in 2016. So we were thrilled to be one degree away from Kevin Bacon again as he gave us the scoop on his brand new (and very scary) movie, 'You Should Have Left' which is available to watch on demand now.

Seattle Refined: Hi Kevin Bacon, I am so excited to see you!
Thank you, I am excited to be seen.

I was so excited to see your new movie too, congrats. Tell us about it.
My new movie is called 'You Should Have Left' - it’s about a man who [is in his] second marriage and a lot of doubts and apprehension about the fidelity of his wife - she’s way too young for him. You almost have a generation [between husband and wife] she’s more involved with her cell phone sometimes than with him. She’s also an actor so she’s in these very kind of intimate situations with her crew and cast and he’s got a lot of jealousy in his blood as well as things in his past that we come to find out about that he feels a certain amount of guilt.

She’s about to go off and do another film so they take this week at a house in Wales - and Amanda Seyfried plays my wife and it’s three of us, Amanda, myself and our daughter - and the house wants him.

It’s quite a psychological thriller, I was on the edge of my seat. How fun was it for you to film [on location] in Wales?
We did - it was great. Anytime you kind of take something soup to nuts as I did with this one - the film - the writer/director David Koepp and I made a film 20 years ago ["Stir of Echos"]. And we started talking right away about trying to work together again but it took a really long time for me to talk him into it.

When you turn around and once the seed was planted what the movie could be, it was a relatively fast time that it took for to write and it and for us to get it set up and then we turned around and looked at each other and thought oh my god - here we are in Wales in this house. We’re actually making this thing that came from the idea it was really fantastic.

We know in real life you’re married to gorgeous and talented actress Kyra Sedgwick. You guys have been together for over 30 years, and of course in the movie you’re married to Amanda Seyfried and she’s in her 30’s - how was that?
We put that in there very specifically because this is a guy at this point in his life where he’s starting to have his insecurities. There are people in the world that are younger than him and stronger than him you know and more in their sexual prime. He’s falling victim to this kind of paranoia about what’s going on with her and I thought that was a very specific thing that we felt was interesting to explore. Just in terms of the darkness in his soul.

A few years ago you and your brother Michael stopped by our station in Seattle to talk about your band The Bacon Brothers. What’s going on with the Bacon Brothers now?
We have a new record [The Way we Love] that is going to drop July 17th. We have released a few of those singles and we are about to release another one that I wrote during the lockdown and we’re very very - we’re thrilled with the record. I think it’s really good its our ninth one and here we go again.

Kevin Bacon so fun to talk to you congrats on the movie I think it’s the perfect cure for the lockdown blues!