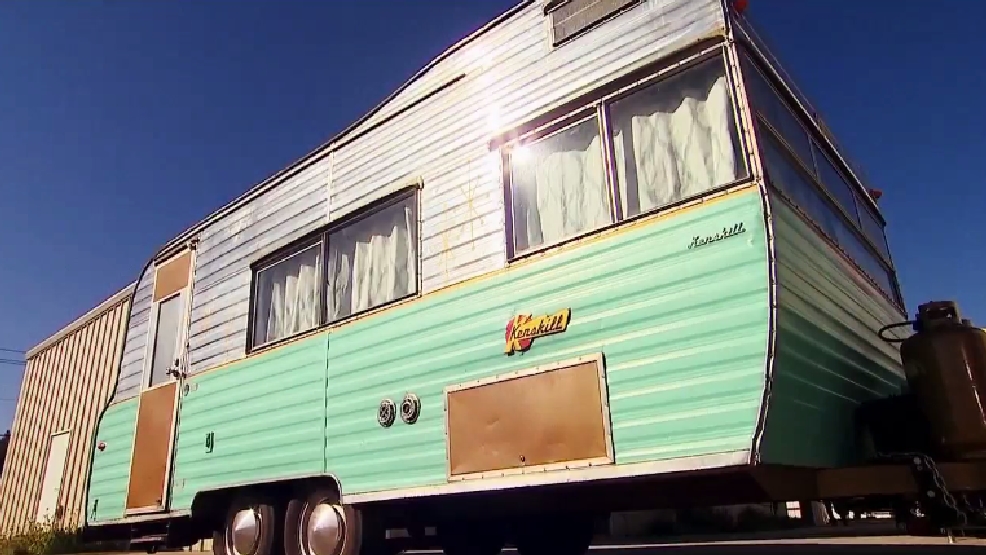 Time to turn back the clock! Old school trailers that were once a part of your childhood are now coming back to life. (Image: Seattle Refined)
SEE MORE

Time to turn back the clock! Old school trailers that were once a part of your childhood are now coming back to life. Many people are renovating vintage RVs and iconic Airsteams to go glamping.

There's an RV resort called Sou'wester Lodge out on the Washington Coast in Seaview where they perfectly restored vintage trailers. That means real wood paneling, fancy fixtures an bright colors.

But most people take their glamping on then road, like Shelly Pricco and her aqua-colored timepiece.

"The thing that I enjoy is the Seattle Worlds Fair and some of the memorabilia," said Pricco. "And so this is Jet City Blue. For the last few years I have been camping with my girlfriends. We all have vintage trailers and it's just that connection to our childhood."

But once you find the trailer of your childhood dreams, chances are it'll need some love to bring it back from years of neglect.

That's where Brian Morrow from Brian's Vintage Trailers in South Prairie come in.

"With an Airstream at your command you can head anywhere in the world," said Morrow. Some of the most popular glamping restorations are iconic Airstreams.

Sometimes Morrow starts with absolutely nothing. "My customer wanted a 40s trolly top trailer at the time, none were available, so we decided to to our best at replicating one."

Inside is where your jaw drops. Of course the question someone would have seeing all this detail work, is...how much is this going to cost me?

"Something like this would probably run a customer $45,000 - $50,000. I think it's a better deal [than a brand new trailer] mainly because you get exactly what you want it and it appreciates in value versus depreciating the second it leaves the RV lot."

Morrow has trailers lined up to be made new again.

"In the 1950s there was 5,000-plus trailer manufacturers in the United States where there was less than ten automobile makers," said Morrow. "So there are trailers we come across all the time that nobody has heard of. They might have made 2-3-4 and went out of business."

One of the rarest is the Airfloat. After it's restored, it's headed for an RV Resort in Eastern Washington.

"One of the most famous pictures of James Dean - if you look at the picture he's standing next to his Airfloat," said Morrow. "They were used in Hollywood mainly as dressing rooms for stars in the 40s and 50s."

Morrow says he could never be living his dream of bringing back the "past on wheels" without his wife standing by him through the lean years. But now that he's a big name in the world of "glamping", he just has one problem. The term "glamping".

"I look it as as retro, cool vintage, any other word you want to use," said Morrow. But Pricco is just fine with you calling her a glamper.

"I think it's the connection to when you were younger and the memories," said Pricco. "I grew up camping. Some of my best memories have been camping."