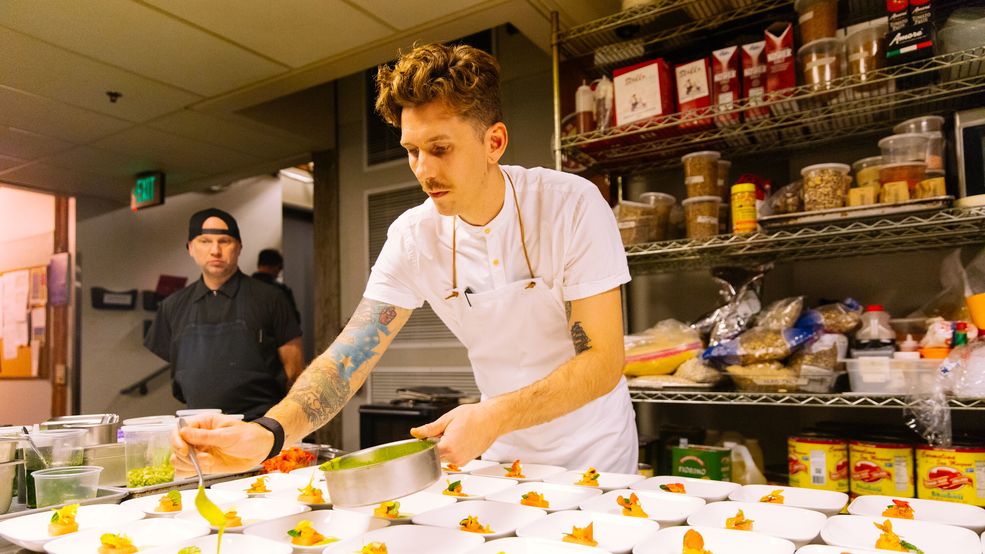 Taste of Iceland began its festivities for the 12th time on Oct. 11, and events will be jam-packed through this weekend as well.
SEE MORE

Iceland has taken over Seattle for the annual Taste of Iceland festival that presents the best of everything the Nordic country has to offer. The festival already visited New York in September, and it will travel to Toronto in November, but Seattle has been right in the middle of the action this month. Taste of Iceland began its festivities for the 12th time on Oct. 11, and events will be jam-packed through this weekend as well.

The first weekend began with the Nordic Knitting Conference at the National Nordic Museum in Old Ballard. Attendees learned from several different speakers about the traditional techniques of Nordic knitting, creating mittens, sweaters, socks, and scarves. What perfect timing for the fall season!

This weekend offers even more with events related to food, culture, music, and literature of Here's a list of what's on tap for the remainder of the Taste of Iceland:

Icelandic Menu at Cuoco (Oct. 17-20): Sit down to a traditional Icelandic dinner and cocktails prepared by two pairs of chefs and mixologists, one from Iceland and one from Seattle. Reserve your spot on one of the nights this weekend for this four-course dinner featuring Arctic Char, cod, and Icelandic lamb.

The Write Stuff at Seattle Public Central Library (Oct. 18, 7-8 p.m.): The First Lady of Iceland Eliza Reid makes an appearance at this event showcasing the country's rich history of storytelling. Reid will explain to attendees what makes Iceland so attractive to creative minds and travelers alike.

Taste of Iceland cocktail class (Oct. 19, 2-4 p.m.): Who says taking classes isn't fun? Learn how to make signature Icelandic cocktails made with the country's purest vodka. You'll get two hours to taste and create different drinks on Saturday at the Hotel Andra near downtown Seattle.

Reykjavík Calling concert (Oct. 19, 7 p.m.): This free concert at KEXP in Seattle Center puts two of Iceland's most prominent artists on the stage. Kælan Mikla is an all-female band with a wave/synth punk sound, while Sólstafir is a rock-and-roll band that hails from Reykjavík.

Iceland Day at the National Nordic Museum (Oct. 19, 11-3 p.m.): Icelandic culture takes over for the day in Ballard. Multiple musical theater performances are scheduled in the early afternoon that will entertain kids and adults, plus a KidsRights panel reminds attendees of the importance of the rights of children. Iceland actually ranked first in the entire world on the 2019 KidsRights Index that measures how countries improve children's rights. Don't forget to decorate yourself with a traditional Nordic plant or animal at the face painting station, too. Return Sunday to the Nordic Museum to catch a short film from the Icelandic film industry's premier festival Stockfish, even though it's separate from the Iceland Day event.

Bar takeover with Icelandic mixologist Tóta at Liberty (Oct. 20, 8 p.m. – close): The festival ends with a bang at Liberty in Capitol Hill. From 7 p.m. to close, the bar will be taken over as guests celebrate the final night of Taste of Iceland with Brennivín cocktails made by Tóta, the same mixologist from the cocktail class at Hotel Andra and the dinner at Cuoco.

The Taste of Iceland festival is made possible by Iceland Naturally, a cooperative marketing organization that promotes the services, products, and culture of Iceland. Their goal is to bring Iceland across the water to North America, making the country feel more familiar and spreading the Nordic traditions and ways of life to other parts of the world.

Visit Iceland Naturally's website to learn more about what they do and to see a full schedule with dates and times for this weekend's events. Also check out the #SEAcloseup Challenge to possibly win a 10-day trip to Iceland this weekend.