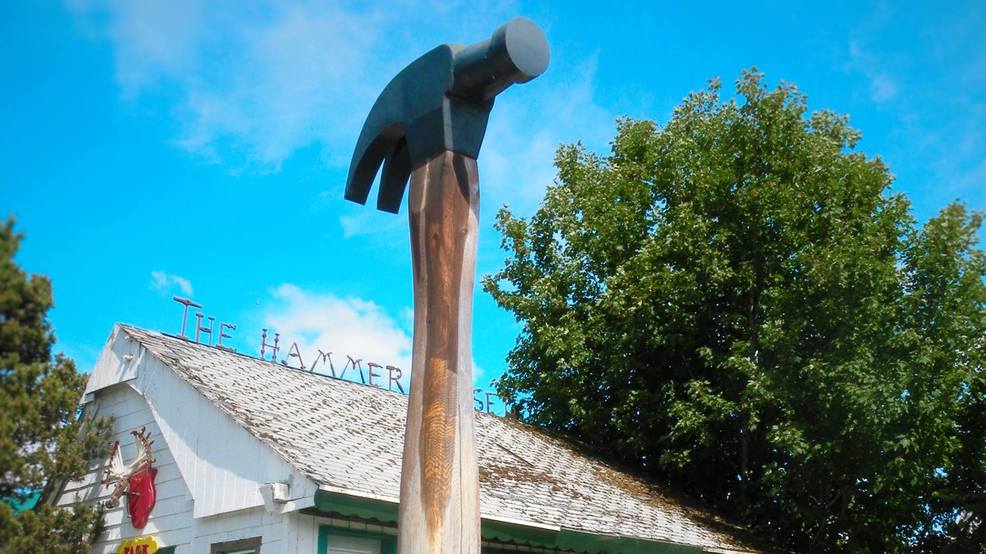 Nailed it! We visit a museum in Alaska, dedicated to...Hammers

The giant hammer, more than two stories tall, marks the location of the world's first museum dedicated to the hammer. Dave Pahl is the museum's founder.

“It’s important to know where we’ve come from, to know where we’re going," said Dave Pahl, the museum's founder. "The hammer was man’s first tool and that’s worthy of dedicating a museum to.”

Pahl says his museum is home to more than 2,000 hammers, from "Baby's First Hammer," to judge's gavels, 24K gold-plated hammers, claw hammers, double claw hammers and a hammer made from a real claw!

Chances are, no matter the task, Pahl has the right tool for the job - as long as that tool is a hammer.

"You know, I always wanted to be a do-it-yourself-er," he said. "Moved here to rural Alaska and got involved with black-smithing and all different kinds of carpentry. And it all took different types of hammers."

Pahl says more than 5000 people visit The World's First Hammer Museum every year. And you could be one of them.