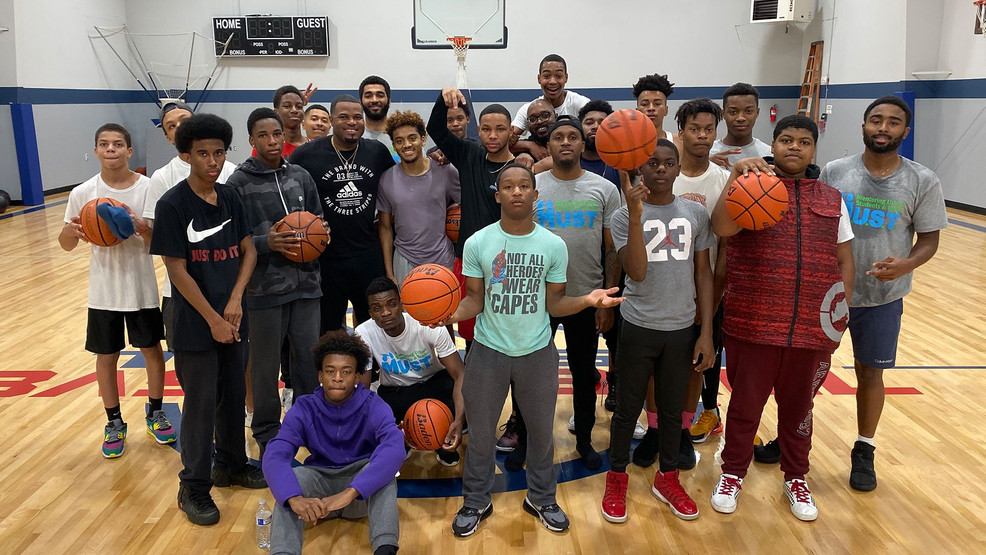 It stands for Mentoring Urban Students and Teens — M.U.S.T.

"[It's] a mentoring program. There is nothing like it in the country," said founder and executive director Rick Newell. The six-year program serves young African American men in South Seattle and the Rainier Valley.

"We pride ourselves on saying, 'You are important,' and we have six years to show you how great you can be," said Kelvin Washington, M.U.S.T. Area Director.

Newell founded the organization after leaving a career in technology to work at a Boy & Girls Club in the Central District. His experiences there ultimately led him to create M.U.S.T.

"There were a lot of kids there who were doing great, but there were a lot of kids who were suffering," he said. "As I worked there, I felt like there was one need that stood out above all the others by a long shot, and that was a lack of [...] relatable role models. I felt like I can help a little bit, but in the end, I'm a middle-aged white guy, and the kids can relate to me somewhat but not a lot."

Newell saw firsthand the impact that Black, male volunteers at the Boys & Girls Club had on the kids.

"When they spoke, the kids really paid attention," said Newell. "When they speak, they change lives."

M.U.S.T mentors meet with their mentees once a week for breakfast and take part in monthly outings and quarterly life skills workshops. In the wake of the coronavirus pandemic, M.U.S.T. launched a new program called M.U.S.T. Eats. Now, mentors deliver breakfast to their mentees weekly. There's also a food bank element with the organization dropping off additional food and essentials for the family.

"[Many] of the young people we deal with have dealt with a life of inconsistency, so when we're able to be consistent, it gives them hope. It's like no matter what is going is going on, I can depend on M.U.S.T.," said Washington. "The precious thing about it is it's not just me dropping off food. I'm eating with that person. I'm making sure I'm bringing my own food, so we can make the duration of that moment more than just a drop-off. That's where the conversation comes about what's happening, what's going on."

There's an additional level to the M.U.S.T. program. As mentors work with mentees, they're also provided with a coach. Coaches are generally successful professionals, working in a field the mentor is considering pursuing as a career.

"Each mentor who is in college, who is still having to study, having their own financial issues, they're getting a coach," said Washington. "We've had [coaches] from Amazon, coaches who are local chefs. These are people who are just taking the time to meet with our mentors twice a month to talk about life, finances, school. I think that's what really sets us apart, because we're not only concerned about the young people, we're concerned about the people who are in college also."

For the folks at M.U.S.T., the ultimate goal is to create generational change. That by changing the life of one young man, they also change the lives of their kids and their kids' kids.

"We're not trying to be Superman, but we want to show [our youth] they can be the Superman, they can be the Batman of their community," said Washington. "We're hoping it causes a generation of hope. That it breaks down barriers, that 'Hey my brother did it, I can do it too.' It brings back that sense of community to a place where people feel forgotten."