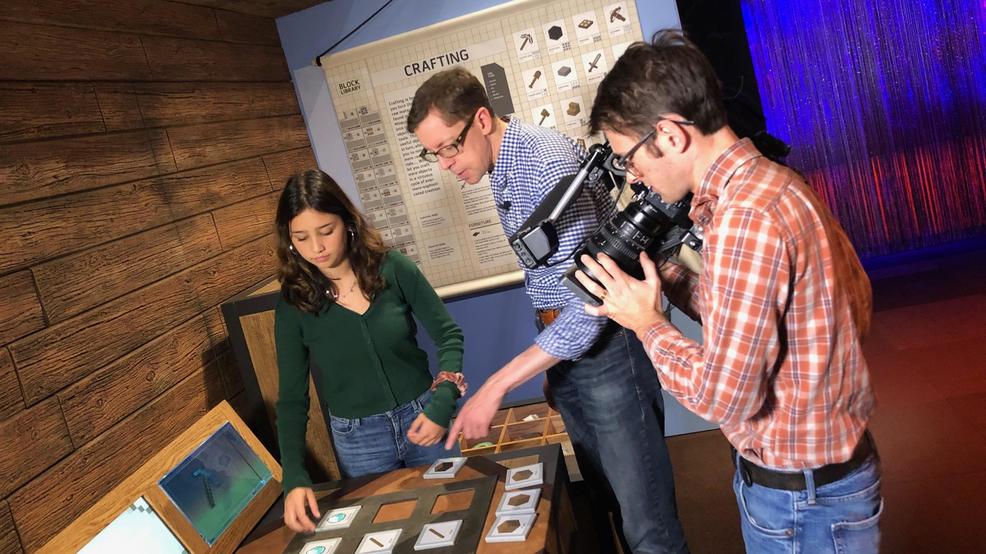 The dynamic exhibition features highlights from the video game Minecraft with full size creatures, a day-to-night- cycle, opportunities to play the game and be inspired by other players, and a look into how Minecraft is being used for education around the world.
SEE MORE

Like lots of kids, my 14-year-old daughter Mia is really into playing the video game Minecraft. Part of me wondered if she was a little too passionate about it.

"I’ve been playing Minecraft for about six years, so almost half of my life," said Mia. "I like that you get to be really creative about it. You can do whatever you want, there’s no limits. I like to play with my guy friends cause none of my girlfriends play with me."

"Minecraft the Exhibition is the first museum exhibition to look at what's become the most popular video game of all time," said Peck. "There have been 176 million copies of Minecraft sold. There are around estimated today 91 odd million players playing. As of last May it became the top selling PC game in history."

This is not your typical video game.

"Minecraft is really different. It is rooted in a creative process," said Peck.

You may be wondering where the name came from. In this blocky world, players have to gather stuff, in other words - mine resources - in order to craft things they need to play the game.

After getting the tour from Brooks, Mia had to show me a few of her favorite things to do here, from playing the game to checking out the life size characters from Minecraft featured here.

"Between you an me, most Minecraft players are adults. Kids are really into it of course and it's a great game for kids and also an educational tool," said Peck.

Whether you're a kid, or a kid at heart, this Minecraft exhbition is a blast.

"For fans of the game, I hope they'll get the opportunity to see that there's a greater breadth than even they imagined," said Peck. "For people who haven't played yet, I would love to have them know that this game is used as a creative medium because here at MoPop that's really a key part of our mission is encouraging creativity. Minecraft definitely does that."