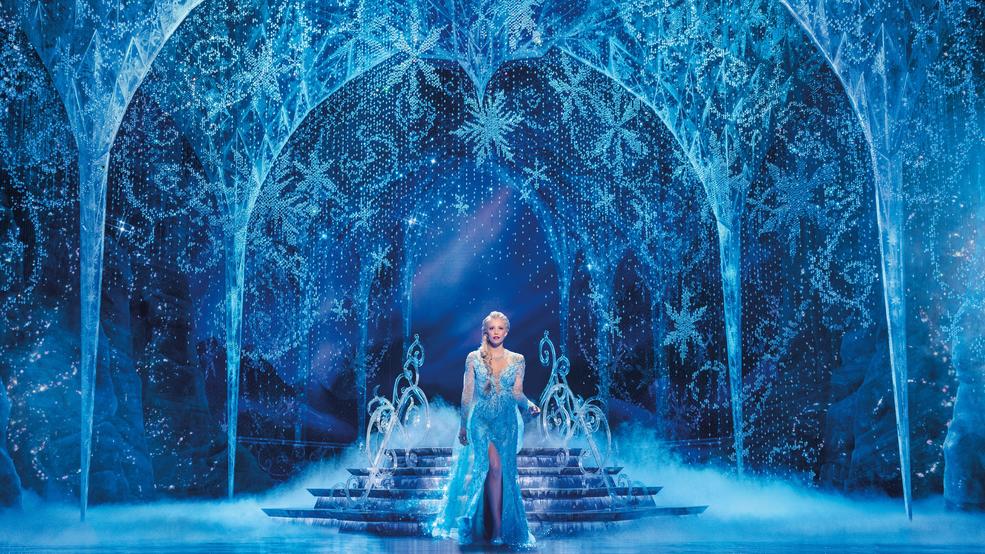 Let it go! Disney's 'Frozen the Musical' is at the Paramount Theatre

In 2013, the lyrics of "Let it Go" and "Do You Wanna Build a Snowman" filled households all over the world.

The animated movie "Frozen" quickly became a hit and like most classic Disney movies, it's turned into a live musical! The play is now at the Paramount Theatre in Seattle through March 1, 2020.

"Frozen" stars Caroline Bowman as Elsa and Caroline Innerbichler as Anna, the sisters at the heart of the joy-filled musical. They both promise it's an experience audiences will never forget.

"So much sets us apart from the movie," said Bowman, "This story is so much longer so you have a lot more opportunity to get to know these characters and get to know them on a deeper level. There's also 12 new songs that are not in the movie."

"There are live effects," Innerbichler agrees. "It's like magic happening before your eyes, and it's not just special effects on a movie screen, you get to see real magic happening in front of you. You also get to hear a beautiful orchestra playing all of this music live and a full ensemble of singers."

People who have seen the musical already say it is a magical experience. Even the actors are spellbound.

"I didn't anticipate to having such a strong reaction to this either," said Innerbichler, "Sometimes I will just burst into tears in certain moments because it will just affect me so much, or just peals of laughter from the audience completely changes my day."

"We get to say everyday at the end of the show, 'Let's fill this world full of light and love,'" said Bowman. "And everyday we say it I'm like 'Yes! Let's do that!' So if we are making just the tiny bit of change in the world, we've done our job."

Individual tickets for Frozen are available on-line at STGPresents.org, Ticketmaster.com.