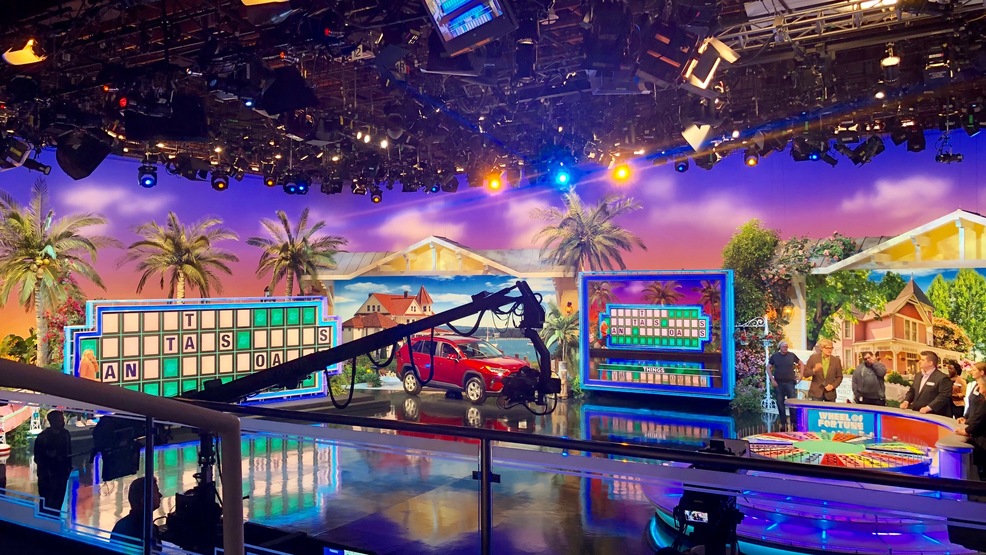 It's no secret what's happening on Stage 11 at Sony Pictures Studios in southern California.

"Wheel of Fortune" is happening.

Pat Sajak and Vanna White may be the stars of the show, but you might now know that it takes a crew of more than 100 people to get this iconic game show on the air. Bob Ennis has been on the crew of "Wheel of Fortune" for almost 30 years.

"There's a lot of moving parts on this show," said Ennis, Director. "And if any one of them break down, it can become a train-wreck."

The most famous moving part if the Wheel itself, which weighs 2.400 pounds.

"The way we shoot the show is very different from many other game shows in that we try to shoot it live," he said. "So what you see at home, we're doing live here."

And when you're taping as-if-live, every camera movement, button punch and detail needs to be perfect. It also means while you're watching commercials at home, the action for the crew on-set doesn't stop.

"During commercial breaks we are resetting the Wheel, cuing up lighting, Pat tends to talk to producers, Vanna goes behind the puzzle board - I understand she goes back there and knits," said Ennis.

There are a total of 52 screens on the letter board she operates.

And starting every show is Jim Thornton - the voice of "Wheel of Fortune".

"I love my gig," said Thornton. "I feel like I'm connecting with people at home because we all get a vicarious thrill from the prizes I give away."

"The prizes are kind of fantastical," said senior segment producer, Stacy Thapthimthong. "Its' trips and cruises and destinations that viewers at home hope to win. We do offer viewers chances to win too. It's exciting to see contestants get excited. Of course cash is king, but there's something very tangible about winning a car or vacations."

Thapthimthong helps organize some of the incredible prizes. Talk about a cool job!

"Home Sweet Home week was very exciting it was our first ever home giveaway," she said.

One lucky winner won a home, and he lives there now!

"We're excited to do it again this season, so stay tuned," said Thornton.

From camera people to the director, to set decorators, the prize people, the crew on "Wheel of Fortune" is an experiences and efficient bunch.

"We do six shows and people say oh how grueling. What a long day," said Sajak. "We start at noon and we're done by six o-clock. We've done six shows including a dinner break."

Sajak and White are surrounded by processionals.

"If you walk on to our show and you've been here fifteen years you're one of the new kids," he said. "I mean, it's that kind of staff and crew. So everyone knows their jobs and it's a well oiled machine."

"We really enjoy what we do and its everybody's goal to try to do a perfect show," said Ennis. "There's no better feeling in the world."