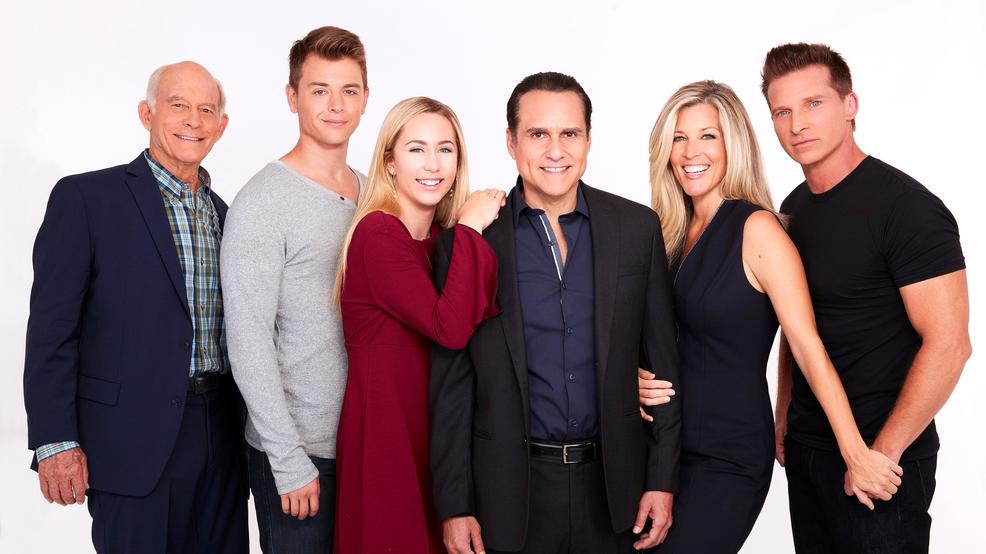 Eden McCoy plays Josslyn Jacks on ABC's iconic daytime drama General Hospital. The actress has local ties to Seattle - both her parents are UW grads and her grandparents and family live in the area. This 16 year old phenom acts, sings and plays beach volleyball - and the 16 year old is still in high school! (Photo: ABC/Craig Sjodin)
SEE MORE

"General Hospital" is set in the fictional town of Port Charles, New York - and it's actually filmed in Los Angeles. But this sudsy soap also has a lot of local connections, like actor Donnell Turner, who's a Northwest native!

"Just outside Tacoma, we call that home," said Turner. "My whole family is up there."

He went to college near Tacoma, at the University of St. Martin's in Lacey, between Olympia and Tumwater. He left for the same reasons a lot of folks leave...

"Well the rain was a little too much for me," he laughed. "I like the sunshine, [and] I had a dream that I had to chase and it led me here."

And then there's Barbara Langdon, who works behind the scenes on GH. Get this, she's also a member of the KOMO TV family!

But there's one talented young actress with super strong ties to Seattle.

"Both of my parents went to college at UW, and my grandparents still live up there," said Eden McCoy, who has spent the last four years playing Josslyn Jacks. "So I have a lot of family in Seattle."

Her character is the daughter of fiery fan fave Carly Corithos and corporate raider Jasper Jacks, who also happens to be sworn enemies with step dad Sonny Corinthos - got that?

"[I like] her drive, and her persistence," McCoy says about her character. "She’s pretty stubborn on getting what she wants. She’s really close with her family, and I value family a lot so I think that’s a similarity that we share as well."

What's it like being part of this long running show?

"It’s iconic. My mom watched it in her sorority, she was like - the biggest fan," she said. "When I got the audition for this, like I said - I was only 12. So I knew what soap operas were, but I didn’t really know that they were still around, what big fan bases they had, and how they impacted so many lives."

When she got the gig, her mom was ELATED.

"Coming in here and having this opportunity was such a wake up call," said McCoy. "My mom was probably even more excited because her celebrity crush when she was in college was my dad on the show – Ingo. And Sonny of course."

"Yeah, she’s like my second mom actually," she smiled. "She’s my mentor. She’s taught me everything I know about the business, and GH, and acting. She’s amazing and I couldn’t have asked for anybody better to have my back in this whole journey that I’ve been going on."

That journey includes spreading her wings on the successful soap, including singing at the famous G.H. Nurse's Ball. As if being a famous actress wasn’t enough, she's also an amazing athlete.

"Yeah I’ve been playing beach volleyball at a pretty high level for about three years now," said McCoy. "And I’m committed to USC to play beach volleyball - so in about a year and half, I’ll be on my way."

We had to ask for any scoop she could give us with Josslyn...

"Josslyn, the past year has definitely been really grueling on my character," she said. "She lost her significant other, Oscar, so she’s been grieving for months now. I think maybe some growing relationships with her friends and juggling her grief and being as supportive as she can to her family and others around her. I am hoping something really exciting and dramatic will happen."

"Maybe!" said McCoy. "Maybe something in the works they don’t tell me anything."

So how does this 16-year-old juggle it all?

One thing is for sure, the future is bright for this young star.