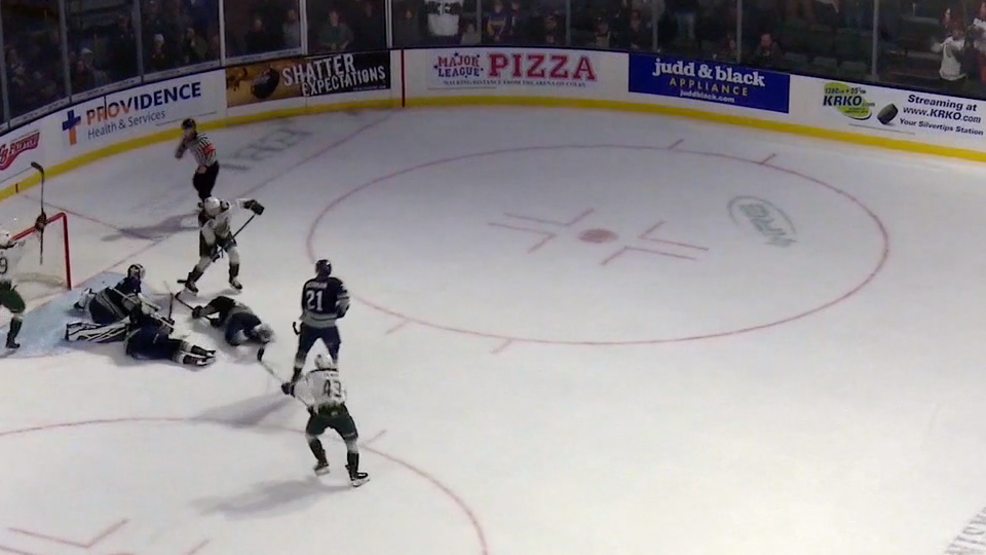 The Everett Silvertips have several home games scheduled this season at the Angel of the Winds Arena, located about 45 minutes from downtown Seattle. Get there in the first-ever 2020 Corolla Hybrid.
SEE MORE

The Everett Silvertips are back to carving up the ice in the Western Hockey League. After finishing first in the U.S. Division with a record of 47-16 and then getting knocked out in the second round of the playoffs, the team returns for its 17th season in the WHL. The league is known as one of the best player development leagues in the entire world, feeding players into the NHL and Canada's National teams.

There are several home games on tap through the middle of March, so there is plenty of time to witness the action. The Silvertips play at the Angel of the Winds Arena, located right in the heart of Everett, about 45 minutes from downtown Seattle. If you're looking for a convenient way to arrive in comfort and style, hop into the first-ever 2020 Corolla Hybrid.

The Corolla Hybrid combines its lower and wider profile with Toyota's proven hybrid efficiency. It was built on the same platform as its gas sibling, but this model adds Hybrid Power Mode so you can increase its throttle response for a more energetic feel on the road. You'll also get an EPA-estimated 53 miles per gallon in the city.

A minimal but elevated interior features piano-black accents, soft-touch materials on the dash and doors, an available advanced climate control system and redesigned ergonomic seats with premium fabric inserts. You and your game party can stay connecting during the ride with standard Apple CarPlay and Amazon Alexa.

The new Corolla has several standard safety features that'll help you avoid the stresses and dangers of driving. It's all part of the Toyota Safety Sense 2.0 bundle.

The Pre-Collision system with Pedestrian Detection alerts the driver with audio and video of other vehicles, pedestrians, and bicyclists, even in dimly lit areas or during the evening. It has the capability of automatically braking to reduce the chances of a collision with the incoming threat.

Lane Departure Alert with Steering Assist and Road Edge Detection detects the edges of the roadway and lane markers to keep your Corolla on the correct path.

Automatic High Beams use a camera in the vehicle to locate headlights and taillights of other vehicles in order to select the appropriate lighting method to let them know you're approaching.

The Road Sign Assist camera allows the Corolla to find signs along the roadway that you might have missed. Those signs will appear in front of you on the Multi-Information Display (MID) screen behind the steering wheel. This is where you'll also get other safety alerts and vehicle health information.

And although not included in the Toyota Safety Sense 2.0 bundle, the available Blind Spot Monitor is a helpful tool that triggers a warning signal on the applicable outside mirror to alert you of vehicles you can't see.

Getting behind the wheel is possible with just a push of a button. Corolla's standard Smart Key System allows you to unlock the doors and trunk and start the engine while the key fob is in your pocket or bag. If you forget where you park, you can find your Corolla with the Remote Connect app that works with your Apple Watch and other smart devices. You can start the engine this way too. Saying go and getting on the road to see the Everett Silvertips has never been easier with the Toyota Corolla XSE.

The Toyota Corolla Hybrid starts at $23,100, excluding any additional upgrades.