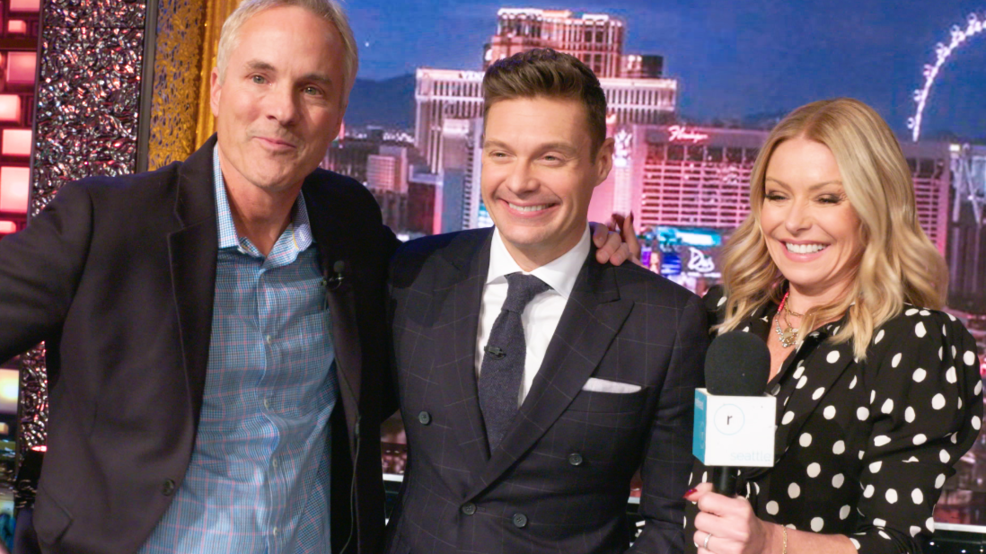 Refined gets VIP access to LIVE with Kelly & Ryan

Live With Kelly and Ryan has become a talk show staple and every morning, people across the country tune in to see this dynamic duo.

Their home studio is in New York City, but every once in a while they take their show on the road and just recently - it was to VIVA LAS VEGAS!

We sent our fearless host, Gaard Swanson down to Sin City to chat with the hosts.

"We have a great affinity [for Las Vegas]," said Kelly Ripa. "I've been doing the show here since 2009, that was the first time we took the show here and its such a vibrant place and there's so much to do, for every age! It's [not just] sin city. I've been bringing my kids up since they were toddlers and they love it here, it's great."

"The thing about doing a show here is that there's no shortage of big stars to come on and talk about what they are doing," agreed Ryan Seacrest. "There are one night [shows] but residencies are here too so it's endless entertainment for us."

It's not just a treat for Kelly and Ryan, the audience was on cloud nine too! We met a superfan, who was at a taping for the third time.

"Third times the charm and my charm was that I wanted to take a selfie with Kelly Ripa!" said Orlander Anderson, "She's so sweet, awesome, personable and very heartfelt."

"Our audience is really our third host, they are very much a part of our family and I like to think I am a part of their family," said Ripa, "It's a very symbiotic relationship so I just think we are very comfortable with each other."

"We like to make this look easy or that's what we try to do," said Seacrest, "We want people to feel comfortable when they watch us."

The chemistry between Kelly and Ryan is a huge part of the show's success, but long time executive producer, Michael Gelman, also plays a key role.

"[The fans] are all so happy to see Kelly and Ryan so when I come out, they know who I am, so I am the appetizer before the main dish," laughed Gelman. "The [most exciting part of the show] is that it's live so you can never fall behind."

"We've had a long run," explained Gelman. "It's been going on for over 30 years in syndication and that's unusual for talk shows. We have a record so we keep on going and going and having our fun and we hope to go on for many years."

Kelly and Ryan say that the thing that sets them a part from other shows is their respect for each other.

"I really don't know how to put into words [how much] I love this man. Ryan is, first of all, the most professional person I have ever worked with in my life," said Ripa. "He's easily the most talented and he's the kindest and it's not an act. He is who he is all the time. This is a person I admire so much for his wit and his smarts and his sense of humor but he is so unbelievably kind."

"I will tell you one blessing that we have is that we have so much fun together and we have tremendous respect for each other," Seacrest continued "I think [that] shows [through] and I think that people can tell."

You can catch the "Live" Episodes featuring Christina Aguilera and Shania Twain on Dec. 26th and 27th. You can also watch LIVE with Kelly and Ryan weekday mornings at 9am on KOMO 4.