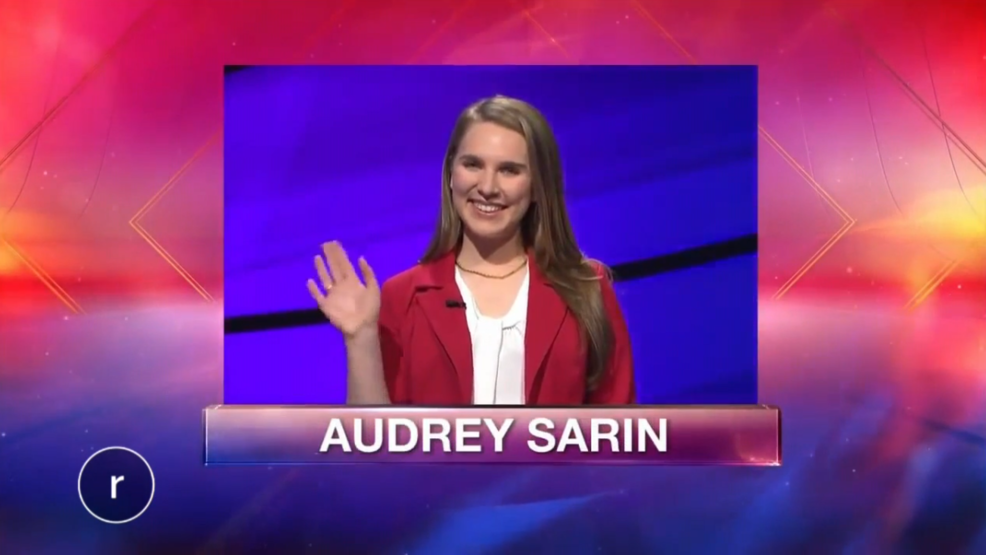 Meet the local teen who competed in Jeopardy Teen Tournament

It's the simple phrase signifying the start of America's most beloved game show. Three words that still bring families together around the T.V.

"I just remember it being a tradition where I’d come over to my grandparents house and after dinner we’d sit down and watch Jeopardy and I was always really excited when I knew the answer to a question because I got to look really smart in front of my grandparents," Audrey Sarin said.

For 17-year-old Sarin, competing on Jeopardy was the realization of a dream. The Redmond native, was one of the contestants in the 2019 Jeopardy Teen Tournament, selected after a rigorous audition process from an applicant pool of thousands.

"I called my parents to say I’m heading home from Boston, I’ll see you guys in 6 hours," said Sarin. "My dad said, 'We're going to need to go down to Culver City,' and I was like, 'who do we know in Culver City? Is there a wedding?' And he said, 'No you are going to be on Jeopardy' and I don’t remember it, but what he says is I said 'okay,' dropped the phone and screamed."

Last year, that excitement turned to awe and and a bit of panic as Sarin heard Johnny Gilbert's iconic voice echoing inside the Jeopardy studios.

"I looked out and I saw all my family. I had a huge family contingency in the audience," Sarin said. "But it was surreal to see the Jeopardy intro playing, and hear them announce my name."

Of course, Sarin also got to meet the legendary Alex Trebeck for the first time just moments before he interviewed her.

"He came over to me and he was shuffling his cue cards and I said, 'do I look at you, or look at the camera?' And he said, 'you can look at me' and then the camera immediately started rolling," Sarin said. "He was very kind and I was super grateful that he was very patient with all of us."

As for the game itself, Sarin's biggest challenge wasn't coming up with the correct answers.

It was figuring out the buzzer.

"During my Jeopardy audition, they give out these little clicker pens and they are shaped like buzzers and they tell you to go home and practice with the pen," Sarin said. "I practiced with the pen, but I was definitely not prepared for how challenging it was to use the buzzer."

She came into final Jeopardy knowing she had to risk it all.

"When I saw the final Jeopardy clue, I immediately knew it," she said. "And then I was worried they wouldn’t be able to read my handwriting because it was cursive, so I crossed it out and wrote it in print instead.

But Sarin's Jeopardy journey was as much about the people she met as it was her final score.

"[I have so much] gratitude for this amazing experience," Sarin said. "I’m so grateful to be a part of that community and there are a lot of really amazing opportunities that have been opened up to me through Jeopardy."