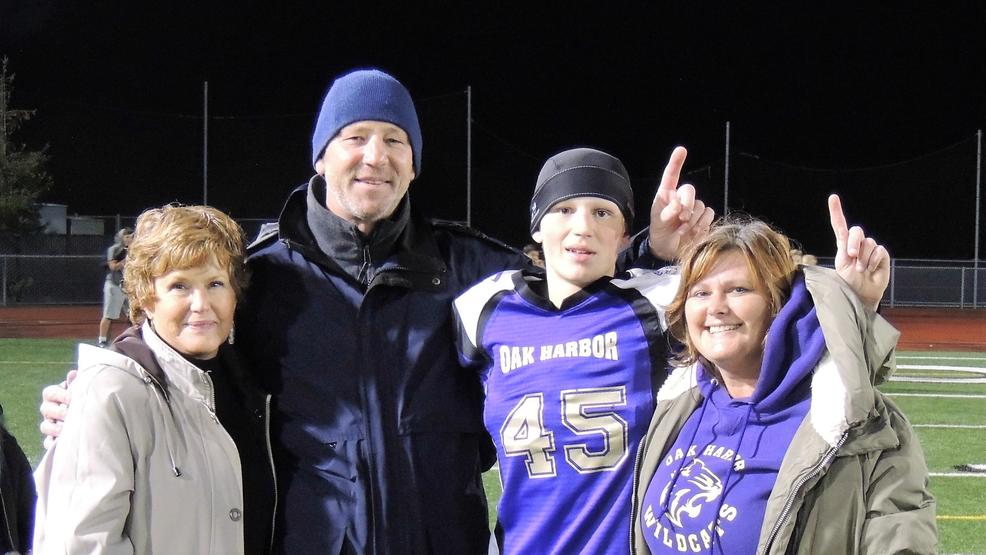 Caden at football with hat and family.jpg
SEE MORE

Growing up, every kid has a moment when they feel like an outsider... when they wish they were taller, thinner, more athletic or more popular. It's pretty common. But, we met one local teen who'd spent years hiding a problem he could do nothing about... until a revolutionary procedure saved the day.

Caden Leckelt is 14 years old. He's suffered from alopecia since he was six years old, a medical condition resulting in the loss of the hair on his head and his eyebrows.

"He went to get a haircut one day, and I happened to notice a little tiny bald spot," explained Kelly Leckelt, Caden's mother. "I was like, did she mess up, did she get distracted while she was using the clippers? I kept an eye on it for a couple of days. It went from the size of a dime to the size of a small pancake. And a friend of mine has alopecia and that's what we thought it was. So, we took him to the doctor. He's retired navy, so we had to go to the military doctor and get a referral to the dermatologist. And sure enough, they said it was alopecia. He was six at the time, so they gave him some steroid shots, and that worked. It actually all grew back and it lasted for a couple of years. He kind of went through a growth spurt and lost all of it again."

That's when things really got tough.

"It was devastating," said Kelly.

"Yeah, sad, devastating," continued Kent Leckelt, Caden's father. "You have a perfect child and if anything like that happens, it just breaks your heart. And how's this going to affect the rest of his life."

"It sucked because I was always asked why do you always wear that hat, do you have cancer and all that stuff," said Caden. "It didn't make me feel too good."

"Somebody's always asking you questions and staring and stuff," explained Kelly. "That's when he started wearing hats to school and camouflaging it. He started playing football when he was in first grade and that was when he was starting to recover from the first round. And he's always said, Mom I love playing football because nobody can see I have alopecia. Everyone has a helmet on, I'm not any different from anyone else."

When Caden turned to football, his parents began their search for a solution, which led them to Pam Neighbors and scalp micropigmentation.

"I needed someone who really knows what they're doing," said Kelly. "I searched and found Pam. She had really good reviews and everything and it just seemed right. So, we called her up and literally a week later, we were here."

"So the treatment we provide, the process is a micro-tattoo process that actually replicates a hair follicle, where the hair is popped through the skin maybe 8-24 hours," explained Pam Neighbors, certified permanent cosmetics/scalp artist. "So, there are some parameters to the treatments. It doesn't replicate a long hair, it replicates that little stubble. And it gives the illusion of a full head of hair. When I met Caden, he was pretty well educated about the process himself. He's a sharp little guy and he already knew the basics. He didn't have a lot of questions. He just said, what are we going to do with my hairline, I want it to look like my grandad."

Caden started a series of treatments in January. Each session took about four hours. And, just a couple of months later, Caden was ready to show off his new look.

"The day I dropped him off at school, he was like, oh my god, I'm going to have a heart attack," explained Kelly. "But, we were in the car and I was like you're ok, you're ok, fist bump. You got this. And an hour later, I was like, how's it going, on text. And he was like great, everybody loves it."

"I'm a lot more comfortable around people and not have to worry about people taking my hat off anymore and asking all the questions," said Caden. "I like it. It's definitely a cool style and stuff. And a lot of people have it. I'm not looking out of place or anything like that."

"I was almost in tears a few weeks back after spring break," said Pam. "I got this great text on Monday afternoon. He said hey Pam, it's Caden. I went to school without my beanie for the first time ever today. And I was just like, how was it? And he said, all the kids thought my hair was grown back. He said it was great, the girls love my eyebrows. He said they think they're better than theirs. So, he's just a precious little guy."