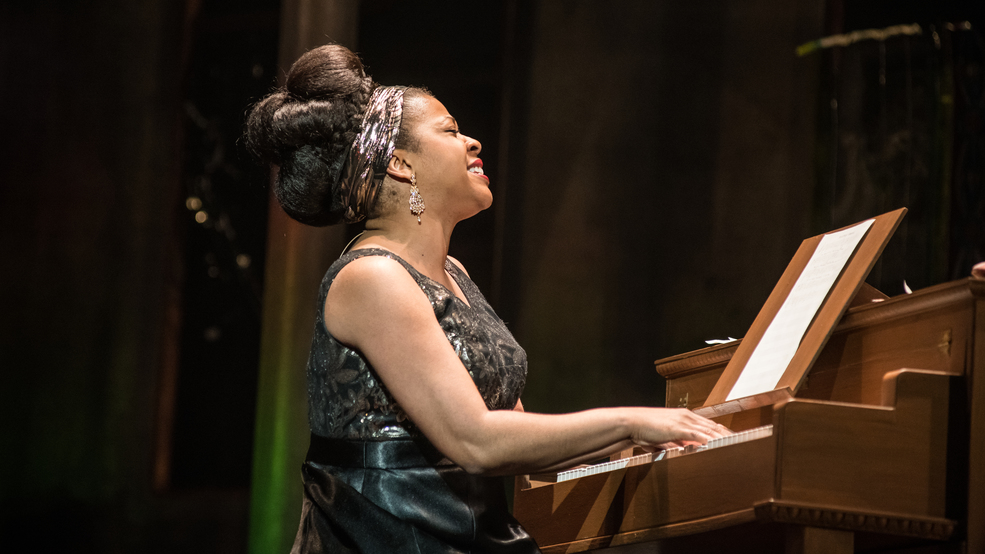 The Seattle Repertory Theatre's "Nina Simone: Four Women" is a powerful mix of storytelling and music. It places Simone inside the16th Street Baptist Church in Birmingham, AL , just after four girls have died in the 1963 bombing.

Showcasing the work of the talented jazz and soul musician as she is growing more outspoken on civil rights, the play brings Simone's song "Four Women" to life with the four main characters.

Actor Britney Nicole Simpson plays Sephronia, and says each women is questioning what comes next, while having trouble understanding the others.

"They're different women who have their own struggles," said Simpson. Porscha Shaw plays Sweet Thing - who is highly skeptical of Simone, a woman better known as a cultured, cafe-society singer than an activist.

The setting of the play is important.

"It kind of all has to happen in this church, which was a sanctuary, right?" said Simpson. "But, it’s [been] blown up."

Church spirituals and other artists' songs are mixed in with familiar ones by Simone including, "I Loves You Porgy" and "Young, Gifted and Black."

"The characters realize as different as they are, they can search for that better world together," said Simpson. "[It] conjures them into a space to deal with tragedy, to find out what they can do as artists or as common people, or as activists or as people trying to live freely. I think they all represent that."

"Nina Simone: 4 Women" will be on stage at The Rep through June 2, 2019. The Rep notes that the show contains adult content, as well as haze, strobe lights, gunshots, and other loud sound effects.