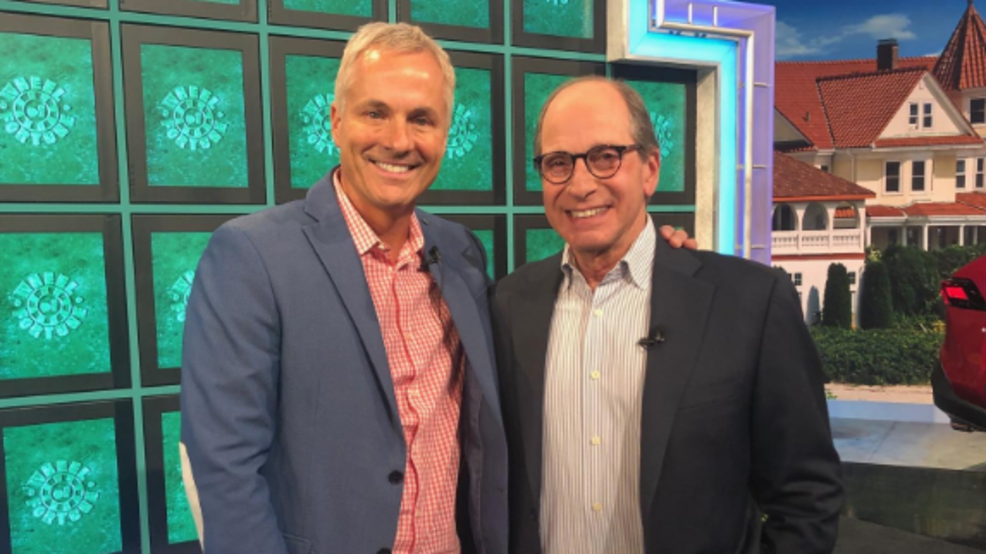 Wheel of Fortune's Pat Sajak and Vanna White and Jeopardy's Alex Trebek maybe the stars of these iconic game shoes, but humbly hanging in the shadows is the brain behind the magic for 25 years, Executive Producer Harry Friedman.

"It's pretty amazing and when I think about when I started with Wheel, one of the very first things we did was our Seattle remodel, when we painted the Space Needle," said Friedman.

This year is bittersweet for Friedman. In May, he'll be saying goodbye to the cast, the crew and the fans.

"It was not an easy decision to make because this is by any measure, the very best job in all of television. It has been for me for 25 years. But there comes a time when you have to say, enough," said Friedman.

Over the years, Friedman has racked up a ton of awards including three Guinness World Records for most Emmy Awards at 14 and Emmy Nominations at 48. Plus, he's produced more game shows in the history of TV, nearly 13,000 and we can't forget his prestigious Peabody Award.

"I'm doing what I love. I mean this is what I wanted to do all of my life and never wanted to do anything else. I was born into this business, not in a traditional way, but my father was the first TV repair man in Omaha. I really did learn TV from the inside out, but from the inside of a television set," said Friedman.

You won't find anyone on Harry's team happy that he's hanging it up. Most of his staff have been here for years, starting with the stars, Alex Trebek, Pat and Vanna.

"It's hard for us to talk about because, without getting emotional, it's been 25 years," said Pat Sajak. "He is not only the best producer, the smartest guy in terms of how to, he does this show and Jeopardy. It's quite a load! He does it not only with great skill but with great humor and compassion. He is a great boss for the staff that works here, everybody loves him."

"I feel the same way, I get a lump in my throat every time. When he said I'm going to be leaving the show, I burst into tears," said Vanna White. "I still feel the same way, I can't believe it's happening but I understand too he has family and his grand kids and he wants to enjoy life a little bit and not work so hard."

Sajak asked Friedman what he thought about everyone getting emotional about him leaving.

"It means a lot because they are family. I have spent so much time with so many people in good time and challenging times. We were together in New Orleans when Katrina hit, we were together in Miami when 9/11 took place, we've been through heaven and hell together and I think that is quite a bonding experience that is unmatched," said Friedman.

Friedman is admired by many, including iconic game show host, Wink Martindale, who just happened to be in the Wheel of Fortune audience when we were there. In case you didn't know, Wink was the Pat Sajak of the '60s and the '70s.

"Who doesn’t know Harry Friedman and his success? He’s been a friend of mine for a lot of years, I’ve never had the pleasure of working closely with him on the shows but always wanted to. He’s truly one of the most talented producers in the business and it’s not just a coincidence that he’s been successful all of these years," said Martindale.

Success is an under-statement. Recognized for his terrific career, Harry is getting the ultimate prize - a Star on the Walk of Fame.

"Yeah! How about that?! It's one of those [things] that I think everybody that's [been] in this business for awhile thinks about. I've been very fortunate to be honored in a lot of different ways, that is pretty special," said Friedman.

As for the last show?