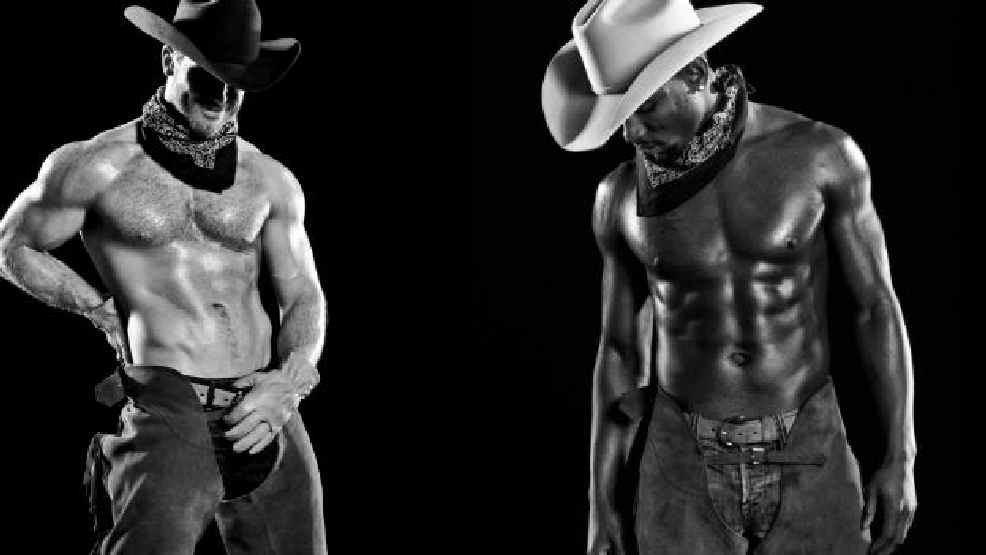 Looking for a fun night out with your girlfriends? Meet the Buckaroos! Six men have put a comedic twist on the male revue in Seattle. It's Magic Mike meets The Full Monty. (Image: The Buckaroos)
SEE MORE

Looking for a fun night out with your girlfriends? Meet the Buckaroos! Six men have put a comedic twist on the male revue in Seattle. It's Magic Mike meets The Full Monty.

If you have never heard of the Buckaroos before, let us introduce you. There's Bronco, Deputy, Hoss, Slim, Slam and host T-Bone Tucker Long Haul Trucker. The men perform weekly at the Can Can Kitchen and Cabaret in Pike Place Market and make several appearances at the Triple Door.

The men are dancing away traditional stereotypes. They've also teamed up with local filmmaker Amy Enser for her directorial debut with "The Long Haul." Enser chased the Buckaroos around for two years trying to figure out what compelled the men to take it off in front of crowds of people. Enser said, "Most of these guys are straight, average men. And they're dealing with all sorts of issues around masculinity, identity, body image, self-confidence and it really comes through."

Thanks to Seattle's 4Culture, Enser was able to put on a Rocky Horror style preview of her film with the guys dancing away on stage in front of the screen. Check out the video above, but we warn you... some footage may be NSFW ;)

If you want to check out the Buckaroos in person, they perform at the Can Can Kitchen & Cabaret every Thursday.