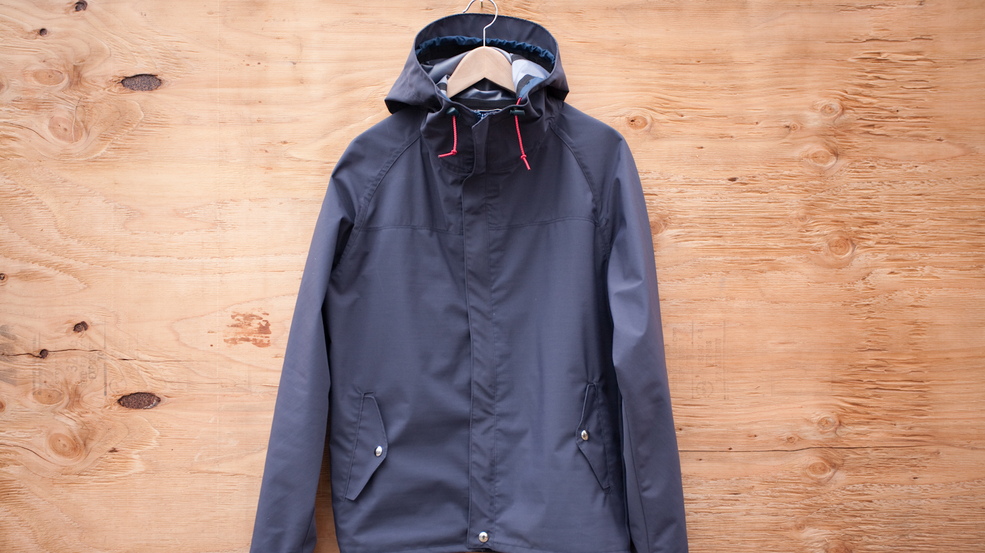 Freeman raincoats are the unofficial Fall uniform of Seattleites

It's the soundtrack of the Pacific Northwest. When the seasons change the pitter patter of rain picks up. As the drops begin to fall, another sound breaks in. Rain jackets being securely zipped up. Seattle is not an umbrella town.

"We wear rain jackets. We don't carry umbrellas," said Scott Freeman, co-owner of Freeman. "We stuff 'em into bags when we get to work. They go with us everywhere."

So, it seems only fitting, eight years ago amidst the storms a clothing company was born, though at the time a company wasn't the goal. Scott and Brittany Freeman were just trying to do something practical.

"About eight years ago my husband's beloved jacket got a hole in it and he wasn't able to find a replacement," explained Brittany.

"I just figured we'd make one. I think for me and Brittany some of our backgrounds lend to deciding if you can't find it you take it on yourself," added Scott.

Instead of settling on a store-bought jacket, Brittany and Scott sat down in their kitchen and decided to, by trial and error, make a raincoat.

"I think we thought we were going to stop with that one jacket," said Scott.

"But his brother saw it and he asked us to make him one. Then it kind of went from there making them for friends and co-workers," added Brittany.

At the time Scott was a carpenter and Brittany worked for a non-profit. They made that first jacket in their apartment using a pattern made from grocery bags.

"I think there were a lot of times where it's like 'this isn't working at all and we're in over our heads' but there was no real consequence to messing it up. You just keep trying," said Scott.

Their hard work has paid off. Now Freeman is based out of a bright, airy workshop in SoDo, where Brittany and a master seamstress continue to make everything in small batches, by hand.

"We use the highest quality materials we can find and make something that's made to last and not trend driven. It's just really nice fabrics and very simple design," explained Brittany.

The Freeman jacket remains their signature item. Waterproof and flannel-lined with a reinforced brim. It's available in the traditional look or stylish waxed cotton. But, they've also expanded the Freeman line to include sweatshirts, a henley, vests, even socks. Beautiful, high quality basics available online or at their brick-and-mortar shop in Capitol Hill. For Scott and Brittany the decision to open the store was practical and decidedly personal.

Freeman isn't just a brand. Freeman is two people, two people who love each other and who love this place they call home. Each piece of clothing they make is a love letter to Seattle and, as it turns out, Seattle loves them right back.

"People in other parts of the country might not understand this, but in Seattle, when you're here, you get it. It's four seasons. We're our own little special place," said Scott. "It's so interesting to me...to find that all we really need to do is focus on selling (our jackets) here in Seattle. It's almost poetic. I'm very excited that where we started is really where we're best received."