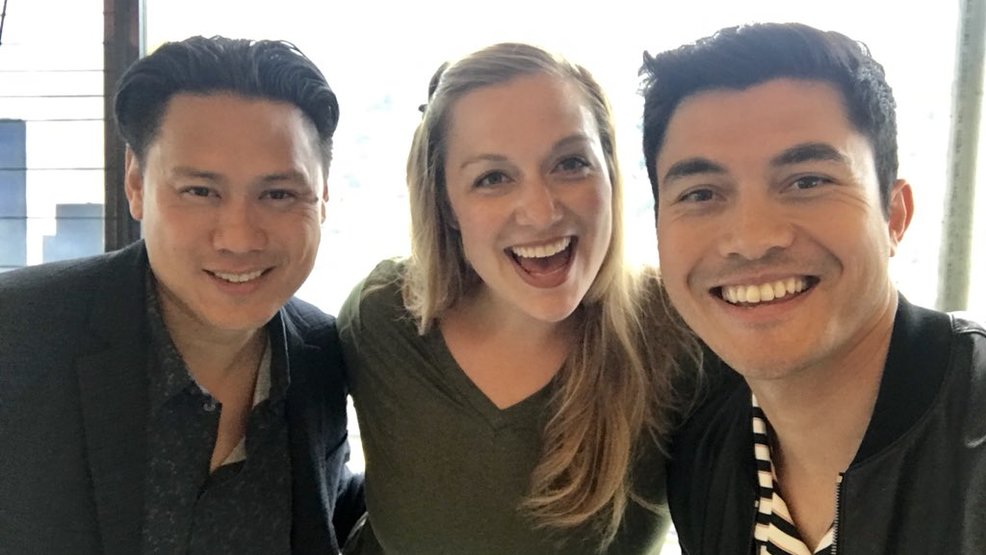 Talking to some 'Crazy Rich Asians' atop the Space Needle

It's the movie everyone is talking about, and not just because the books were so great. "Crazy Rich Asians" hits theaters today (Aug. 15) , and is the first film with an all Asian cast to come out of Hollywood in 25 years, since "The Joy Luck Club." Lead actor Henry Golding and director Jon M. Chu stopped by Seattle on a recent press tour, and we got a couple minutes of their time at the tippy top of the Space Needle.

Seattle Refined: Most romantic dramas don’t have the weight of what everyone is talking about with this movie – being the first all Asian cast out of Hollywood in 25 years. Are you guys hyper-aware of what this movie means?

Making a movie based on a popular book is kind of a double-edged sword, right? You know there's a built-in audience who is interested, but then at the same time - you can't let them down!

You found him on Instagram?! That's amazing! Henry, how did you react when Jon reached out?

We chatted with Kevin Kwan when he came through on his book tour, and he said a lot of the details in the books are true to Singaporean life? Henry, you've lived in Singapore for a while now - is this the lifestyle you just see out and about on the streets everyday?

Henry - is it true that this is your first acting gig?! Most people dip their toe in a new career, but you're jumping off the high dive!

I have a feeling you're going to be skyrocketed to fame here as soon as the movie comes out. How are you preparing?

I saw a post on your Instagram Jon, about how both you and Henry had to cut your honeymoons short for this movie?!

Chu: I really hope so. I know we would love to do it, get into more of the stories, tell more of those things, and we have a great cast to get into it with. It depends on the audience. If they come out and demand it, then we will and I think we’re all willing to jump. Not just our movie. Other movies with different perspectives, Asian lead characters, are on the frontlines and they’re in these studios not green-lit, waiting to see how we do.