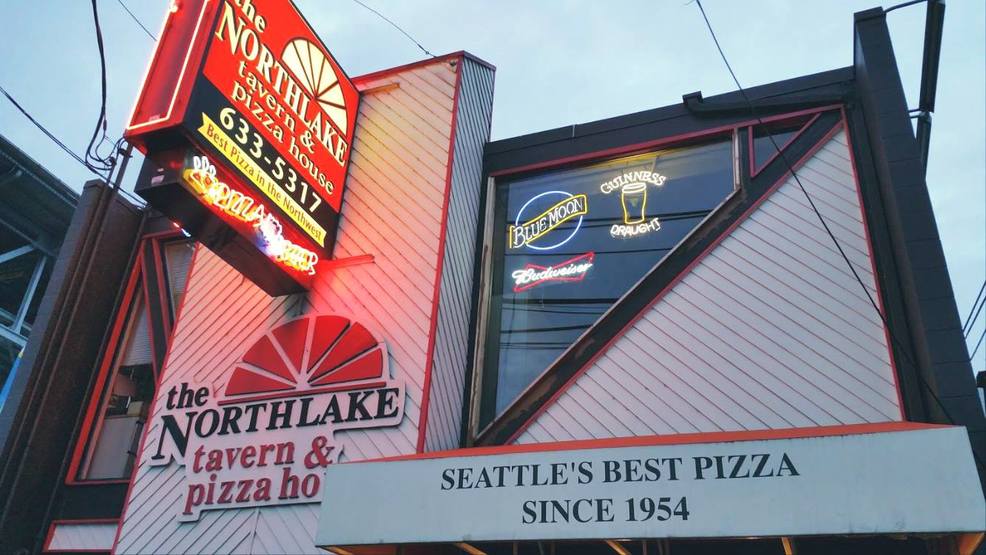 Refined hits the road in search of the best campus grub in the state! From burgers, to burritos, pizza to wings - we discover each state university has some serious bragging rights when it comes to food. Get ready to get your grub on!

We know that every college town has a special spot that alums swear by, and when we asked University of Washington alums where to go, they said two words: Northlake Tavern.

It may not look like much from the outside, but inside Northlake Tavern it's booming with history, Husky pride and the heaviest pizzas in town.

"Once we finished our exams and wanted to celebrate and have something that we can enjoy, it was Northlake Pizza," said Mike Bombyk, "The first time I ever saw [the pizza], they bring the box out and its like 'Oh my gosh! This is heavy!' and that’s the thing you notice is just that the pieces are just massive!"

"It's probably the most incredible pizza I’ve ever had," said Hailey Helber, "Theres no pepperoni that thick in this town."

Believe it or not, Northlake has been a rite of passage for UW students for more than six decades. Not much has changed at the 21+ restaurant, including an antique cigarette machine.

But that's exactly how people want it.

"When I was twenty-one,"she said. "I remember coming in for my first tavern pizza experience here at the Northlake. So it was wonderful."

Her first pizza was when he was 20.

"My roommate came and picked it up, and the box was just AMAZING!," said Bombyk, "It was awesome. I remember pooling money with my other friends, so we would have enough money to come and get a pizza."

There's a reason things haven't changed much. Northlake hasn't had many owners.

Cheryl Berkovich-Winzenread and her husband bought the restaurant in the 80s from it's original owner.

"It’s a big part of my life," she said. "It was such an honor when Herbie Friedman, the original owner of Northlake [and] the gentleman that founded the place, approached us about purchasing it back in 86."

Friedman didn't want to put it on the open market. He said he wanted to find someone who had pizza experience.

"[Someone] who he knew, would continue with the tradition," said Berkovich-Winzenread. "And so that’s what we did. It's just a historical landmark, founded in 1954. So this is the 65th anniversary actually of the Northlake."

The only thing they changed was the decor on the walls. She had famous UW grad and cartoonish David Horsey paint special murals.

"Back in 1990 we commissioned David Horsey to dress the walls up for us," she said. "[He] has won two Pulitzer Prizes for his cartoons. This is actually the only place he has done work for. He said [he] would love to because he was fan of the Northlake, and he went to UW at the time."

Berkovich-Winzenread passed the Northlake torch to a new owner three years ago. She sold it to long-time staffer Abdoullah, who started in the kitchen in 1981.

"When it came time to sell I said Abdoullah 'I would like to sell it to you'" she remembers. "Because I know you are gonna carry the tradition on thats been carried on for 60 years."

She didn't want someone who was going to come in and change the menu, change the pizza.

"This place is iconic," said Berkovich-Winzenread. "I have so much respect for Herbie. He created this place, the pizza here - you look at it and its the weight of a newborn baby! 6-7 pounds?!"

Amazing pizza, delicious memories and you can bet UW students and alum will keep coming back for decades to come.

"Me and my sorority sisters, the week of graduation took our hand-holding pics on campus," said Helber. "And this is where we came. We sat right over there, and it was the last meal we had together as college students."