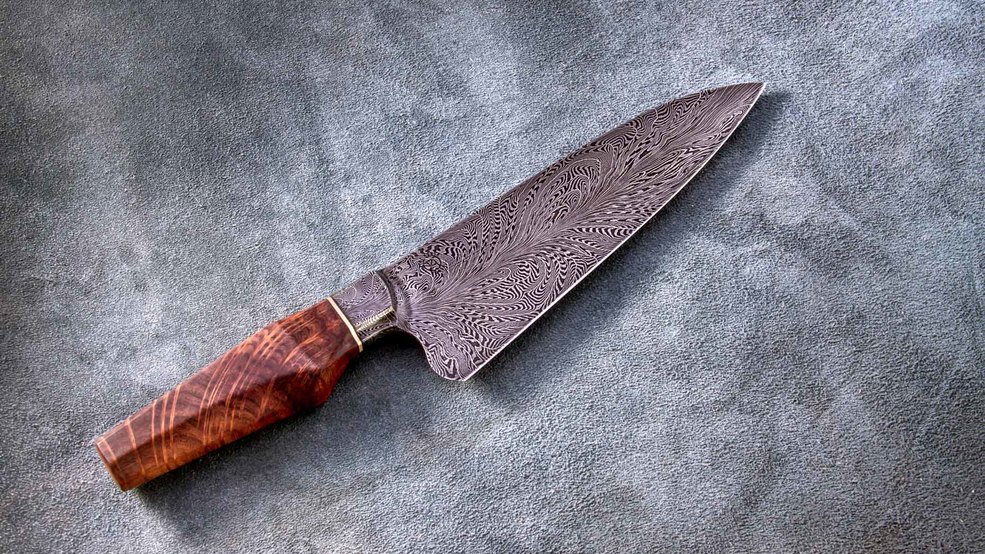 Every trade his its tools. Instruments used to construct, to craft, to create. In the kitchen a chef's tool of choice is the knife. A razor sharp blade able to withstand pressure and heat because it to is forged in fire.

"The idea of making knives is particularly appealing to me because everybody eats, a lot of us cook," said David Tuthill, owner of Fire Horse Forge in Ballard. "The idea of something I made being put to the test on a daily basis holds a lot of appeal for me. I think that's one of the real driving forces for me, is just the challenge of really making the best thing I can make."

Tuthill is a metalsmith. For him creating these blades is less of a career and more of a calling, one that first piqued his interest more than three decades ago.

"I was probably 14 or 15 when the original 'Conan the Barbarian' came out," he said. "There's that first scene of his dad pouring molten metal, then forging it and quenching it in the snow. It really ignited something in me that filled me with a desire to pursue some sort of metal-working. I jumped into forging in my early 20s, and I've been doing it for 30 years now."

At Fire Horse, Tuthill teaches classes like a two-day Beginning Knife Making workshop and Chef's Knife workshop, but it's the custom pieces that take up the vast majority of his time - between eight and 24 hours for a single knife. It's a laborious process that begins simply with a piece of metal. To watch him work is to watch a light show, small in scale and yet somehow spectacular. White hot metal moves from the fire, to the press, to the anvil. The beat of the hammer like a drum, sending sparks flying as a knife slowly start to take shape.

"Forging is my favorite part of knife making. It's where I really feel like I've made the deepest connection with the blade," Tuthill told me.

Each knife has its own look, its own personality. It's only at the end, when the blade is etched, that the personality comes to life, that those tiniest of details are revealed.

"I really love doing it," he said. "There are a lot of stages throughout the process of making a knife that can be incredibly frustrating. Once you get past that and you're looking at the finished product it really is all worth it."

Ultimately, each knife will pass from his well-worn hands to another's, to the hands of a cook, a chef. It is, after all, a tool - and tools are made to be used.

"I'm not a person who works in food, but to be attached to that and provide tools for people who make their living doing that, it's sort of all connected. I don't know if I would say it completes the circle, but it's definitely part of the circle for me, so there's some real gratification there."