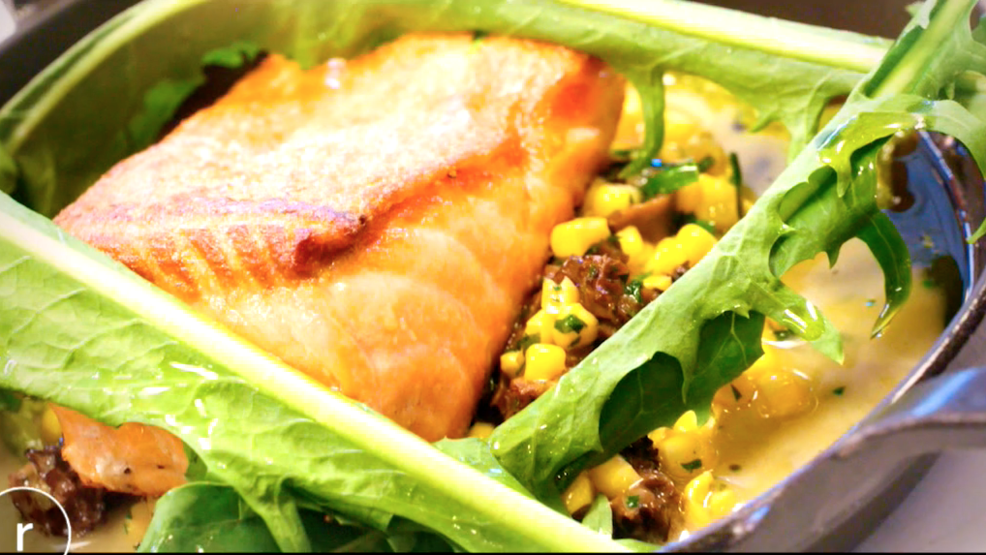 Get an exclusive experience after-hours at the Woodland Park Zoo while supporting a worthy cause. During WildBites, local chefs and mixologists will come together to take guests on a culinary journey as they travel through the zoo's globally inspired locations. Savor delectable food, sip on your choice of crafted cocktail, and mingle with the resident animals, all for a great cause! A portion of each ticket will go towards saving wildlife in the Pacific Northwest and around the world.

Seven of Seattle's premier chefs will participate in WildBites on September 6, 2019 to support conservation efforts and show off their talents. Each chef will offer two unique bites created just for this event! One of the chefs that will be dishing out delicious food is Quinton Stewart.

Stewart knew early on he was passionate about becoming a chef, and quickly went from washing dishes to working across the country at top restaurants in New York City and Michelin-starred kitchens in San Francisco. He has since returned home and made a name for himself in the Seattle culinary scene. He took on the role as Executive Chef of 99 Park, was Chef de Cuisine at Thompson Hotel and most recently worked as Culinary Director for the Hitchcock Restaurant Group.

Now the Executive Chef at Ben Paris, restaurant of The State Hotel, Stewart continues to elevate his cooking with hand-crafted American fare. Located at the corner of 2nd & Pike, among the bustle of the city, he likes to make his food "unfussy". Stewart makes natural ingredients the star of his dishes and always follows his philosophy: "Don't cook to impress people, cook to make them happy". He will be cooking at the zoos' Northern Trail and making a riff on a popular Ben Paris salmon dish typically served with fresh corn and morel mushrooms. Alongside him will be Abigail Gullo, the Bar Manager/Assistant GM of Ben Paris, serving a spin-off of the classic Queen Bee cocktail which will include local Sidetrack lemon verbena and unaged apple brandy.

Chef Quinton Stewart will be in the company of six other renowned chefs from the Seattle restaurant scene during this exclusive 21+ evening at Woodland Park Zoo. Tickets include the opportunity to try two specialty bites from each chef, plus two drink tickets to be redeemed with your choice of beer, wine, or cocktail, and access to all zoo exhibits. All the animals will be out to join the party, plus ambassador animal encounters for those who want to get up close and personal with the residents of the zoo.

Come ready to hang out on the lawn with your cocktail in hand while enjoying music, entertainment, and other fun activities on the North Meadow. Experience the zoo like never before.