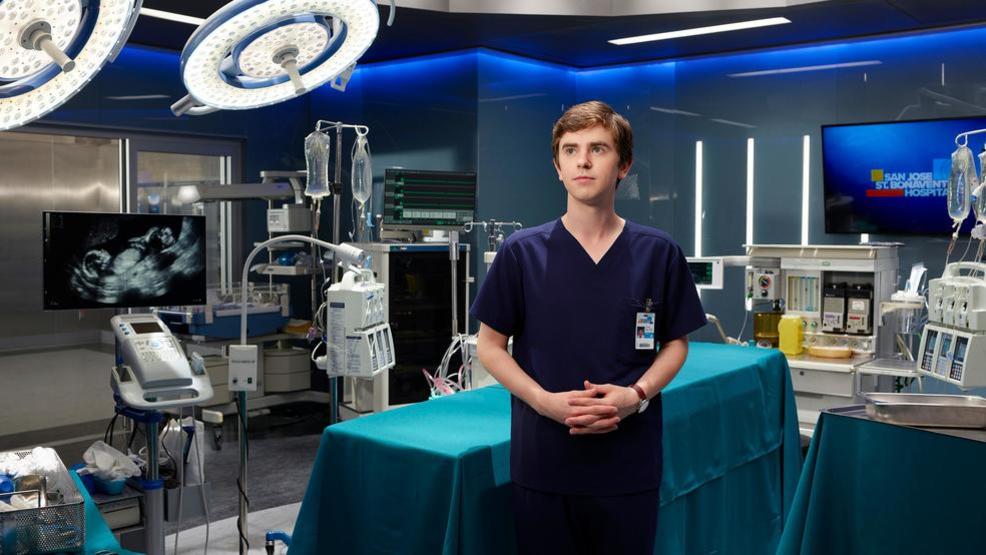 Behind the scenes with the cast of 'The Good Doctor'

"The Good Doctor" returned earlier this week for its sophomore season and although set in San Jose, CA, it's actually filmed in Vancouver B.C.

So when we got the invite to head up north and chat with the cast, we arrived, stat.

Golden Globe nominee Freddie Highmore is back as Dr. Shaun Murphy and of course, we tried to get him to spill some spoilers from this season.

“I guess it starts off this season looking at the two big events that occurred at the end of last year,” said Highmore. “We’ll get more in depth about Glassman's condition and how his health is going to progress over time. Of course Shaun made a major mistake too at the end of last year and the new power structure that has been implemented in the hospital with Andrew taking over the presidency will mean that Shaun has to fight even more to prove he is worthy of a place at the hospital,” he said.

This season, expect a ton of twists and turns. Hill Harper is back again playing Doctor Marcus Andrews, a hard-nosed M.D. For him, playing this character came easily especially battling his own health issues in real life.

“When I was diagnosed with cancer and you have to go through the process - I've never had surgery, never spent the night in the hospital before - so it certainly has helped me with this this role. You realize from the patient perspective how scary it is and how much you're relying on people to 1, tell you the truth and 2, help you," said Harper. "That power dynamic is so out of balance and has really helped me in many ways because my character on the show is very rough on the residence but if you see how he treats the patients it’s very different, he’s very gentle."

A handful of guest stars were promoted to regulars like Fiona Gubelmann who plays Dr. Morgan Reznick, a funny resident who loves life.

“It's literally a dream come true to become a series regular on the show. I was such a fan of it before I ever got cast. It was just unreal to step onto a show that you loved and already knew the characters and it’s been amazing," laughed Gubelmann.

Gubelmann also studies pre-med at UCLA so she gets the best of both worlds.

“There's definitely a lot of work that I have to do, but it's insane, I get to kind of live both dreams. I don't have to do all the dirty work I guess.”

The last word comes from Highmore who gives a sneak peak into what viewers can expect from the sophomore season.

"Leah will be back, so that's going on. She will return in the first episode though it might not be the happy reconciliation that everyone is expecting. I think a lot will have gone on since the last time they have last seen each other," said Highmore. "It will be interesting once Leah seems to want to stick around for a little bit longer and how that will affect Sean and how their relationship will develop.”

Be sure to watch the clip above for complete interview.