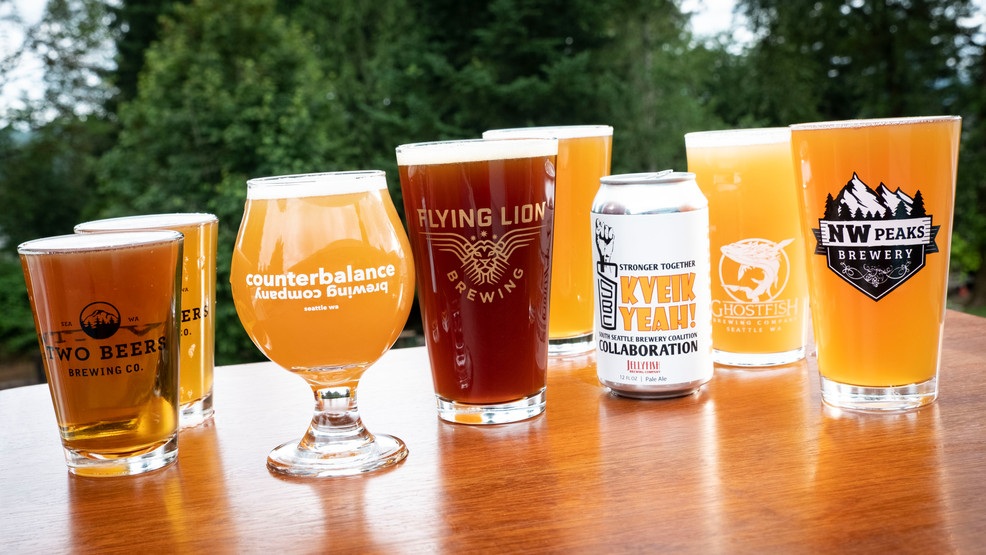 Beer. Some say summer just wouldn't be the same without it. And recently eight members of the South Seattle Brewery Coalition collaborated to create "Kveik Yeah!" A line of beers featuring a common ingredient.

“It’s challenging, it's fun, you love to taste what everybody else has done and compare it to what’s you’ve done, all in all it brings us tighter as a community down here in the south end," said Mark Burr from Jellyfish Brewing Company, one of the participating breweries. "And allows us to have a friendly competition.”

Some brewers say Kveik is the hottest yeast in craft brewing right now, and each of the eight participating breweries created their own unique brew utilizing the Norwegian yeast strain for this south Seattle collaborative beer collaboration.

“At a time where we were told breweries are closed down we thought, let’s get together with our brewery friends and do a collaboration," Sara McCabe from Flying Lion Brewing said. "We felt now more than ever is a time to come together, work together, and all of us in south Seattle, we’re just a bunch of buddies making beer so its been really fun to see each other on video calls, and you know laugh with each other and see what everyone’s created and from that get all of our south Seattle beer friends get excited about a new beer that we’ve made for them."

Brewers we spoke with said the support from Seattle beer lovers has been strong, with many making the rounds, picking up beer-to-go at craft breweries throughout the city. South Seattle Brewers hope the "Kveik Yeah" collaboration encourages people to try new breweries and brews.

“When you get all of us together - the passion starts to come out. That’s where this really grew from, an idea and everybody took that and ran with it, and came up with eight interpretations of their own sort of spin on it and the results are great,” Brian Thiel from Ghostfish Brewing Company said.