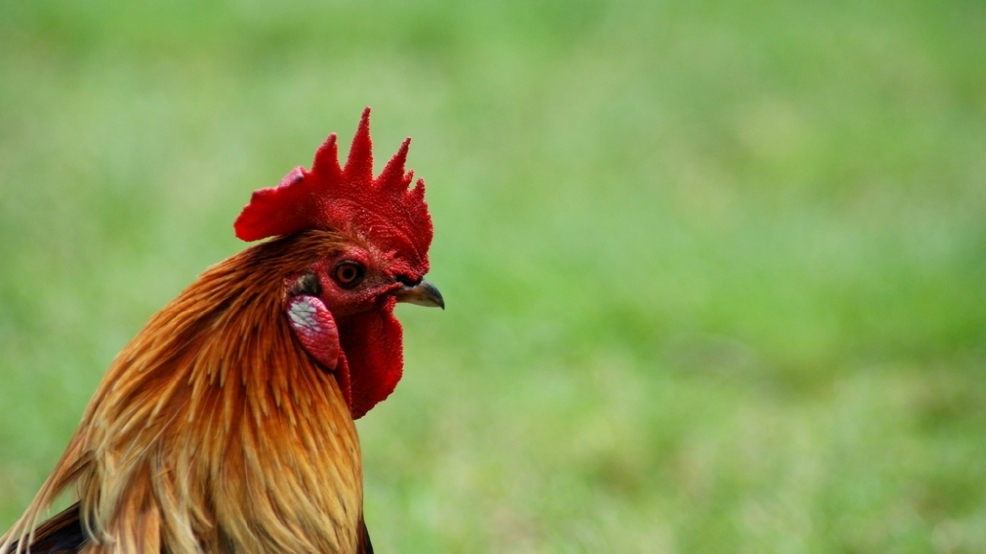 Seattle’s liberal livestock laws allows the average city resident to bring a bit of the farm to their urban backyard with allowances for up to eight domestic fowl on any lot. (Image: Rebecca Mongrain/Seattle Refined)
SEE MORE

The benefits of owning farm animals in the city

Urban Homesteads are growing in popularity as people begin to grow more interested in how their food is grown and how their homes interact with the city around them. Seattle is a breeding ground for these homesteads due to our complimentary city laws which allow for chickens, goats, large gardens and bee hives.


Our new series on Urban Homesteads began with beekeeping and now focuses on the beloved aspect of keeping small farm animals in urban backyards.


As the hectic pace of city life grows, more and more people are claiming a bit of the country in their city backyards. Raising chickens, goats, bunnies or other small animals can be a relaxing and rewarding hobby. This trend may seem at odds with a city lifestyle but the simple pleasure it affords for the urban animal keeper is vast.


Seattle's liberal livestock laws allow for the average city resident to bring a bit of the farm to their urban backyard. Seattle allows up to eight domestic fowl on any lot but roosters are not permitted. The hen house must be at least 10 feet away from any residential structure. The Seattle Homestead site provides information on chicken laws for most of Washington's major towns. Miniature goats and small potbelly pigs are permitted with limitations while farm animals (full-sized goats, cows, horses, sheep, etc.) are only allowed on lots over 20,0000 square feet within Seattle City Limits. No swine are allowed other than small potbelly pigs either.


Everywhere you look, you'll see and hear stories of people keeping chickens (and other livestock) in their yards. I'm pretty sure that I see at least one "Lost Chicken" posting on my parenting list serve every month. Hearing and seeing chickens on neighborhood walks are also a highlight. I secretly harbor a desire to keep chickens but a few things have been holding me back. The first being that I'm not sure that I even like chickens and the fact that I've heard that chicken feed can attract rats. I know that I do not like rats! I did want to find out why people keep chickens and what the reality of having small livestock in an urban backyard is like.


I reached out to Jeanne Sauvage, who has been raising chickens for over 13 years in between writing cookbooks and posting amazing gluten-free recipes on her blog, to find out why she keeps hens.


"We got chickens because some friends of ours had them and they looked fun to have. Since we can't really have any indoor pets due to allergies, chickens were a good option," said Sauvage. "And yes, having chickens is all we thought it would be. Not that we had any major expectations. But they are much more fun to have than I expected. They each have their own personalities. When we are out in the garden, they treat us like their flock mates and follow us around. I used to have one chicken in our first flock who would get her beak right in the dirt as I was digging in the garden. She knew I was digging up delicious bugs and she wanted first dibs."


Sauvage currently has a flock of four chickens and said she felt that was a nice size group. "You want to get at least three baby chicks, in case you get a rooster." Sauvage noted. If you end up with a rooster, they'll need to be re-homed as Seattle's chicken laws do no allow for roosters to be kept within city limits.


The back half of Sauvage's yard is taken up by her chicken coop and run. As she showed me around the coop, I peppered her with questions. Her coop was custom made but she mentioned that one could easily buy a pre-made one. She also told me that chickens produce more manure than one expects from such a small animal and to be prepared to clean out their coop often to avoid inviting unwanted visitors. She also told me that if you keep the chicken feed locked up tight that most vermin will stay away from the chicken run.


My next stop in backyard chicken exploration was to visit Saltbox Designs. Berg Danielson is the owner of Saltbox Designs and creates quality chicken coops and garden structures for the Backyard Farmer. His storefront on 65th and 3rd in Ballard hosts a self-serve feed barn along with samples of their product offerings. Chicken coops start at $495 and go up from there. Danielson has also partnered with Williams-Sonoma to sell his Ballard Coop.


Danielson has owned Saltbox Designs for over 5 years and offers a wide range of structures from chicken coops to garden boxes and chicken runs and backyard sheds. He talked to me about the different sizes of coops available from the grandiose to the more humble. Danielson assured me that chickens can be just as happy in a smaller coop as they are in a larger one, especially since they then to hunker down close together at night. He also offers tractor style coops if you want to be able to move your flock around without giving them free range over your entire yard. Chickens love to peck and can destroy a vegetable garden quickly if left to their own devices so fencing or tractor coops can be great protection for plants.


Danielson's flock currently has four pullets and he said that people find chickens to be therapeutic. He also noted that he enjoys the lessons in responsibility that keeping chickens bring his two children along with the farm-fresh eggs.


After talking to Sauvage and Danielson, my interest in chicken keeping was definitely flying high. I reached out to Author Tara Weaver to learn more about her current flock. Weaver's experience with chickens goes back to her childhood when her Mother bought house that came along with a flock of chickens. A few years ago, Weaver and her Mom started raising chickens again on their newly purchased 1/2 acre farm lot in the city. Weaver documents the process in her book, Orchard House of taking an overgrown lot filled with blackberry vines, dead plants and weeds and turning it into a thriving urban farm with vegetables, fruit trees and a flock of 8 chickens.


Weaver said they decided to keep chickens for a variety of reasons. The two most important were the eggs and the ability to give the kids in the family a connection with animals. "It is a really good experience for kids to grow up with animals," said Weaver. The kids have named each of the chickens but Weaver cautioned that they are not the same as having a dog, a cat or even a pet rabbit. Weaver mentioned that the best part of keeping chickens is "collecting the warm eggs in the morning" and how chickens can be a big part of the garden cycle. They help keep bugs and other garden pests at bay and their manure can be used a fertilizer with a bit of prep work.


Weaver introduced me to Tamara Lee of The Little Farm Preschool so I could learn about keeping other types of animals than chickens in an urban setting while also teaching children about raising animals.


Lee knows the importance of teaching children about nature and animals and holds a Waldorf Early Childhood certificate. The preschool features a large garden along with bunnies, chickens, ducks and goats. Lee started the school in 2012 after getting her certificate in 2011 and teaching at The Seattle Waldorf School. Lee wanted to, "create an environment where children can experience a farm in the city."


Her 1/2 acre lot takes a lot of work though. The chickens and ducks come with their own destructive habits. Ducks and chickens love to peck at plants and can destroy a vegetable garden in hours if left to their own devices. This means that Lee has had to create some sturdy fencing to protect her large vegetable garden. While the goats now provide milk (two of the goats had babies this year), they also can get noisy and odor management is crucial to being a good neighbor. Lee has Oberhasli goats which comes from Switzerland and are a quiet goat breed with a calmer temperament.


"An Urban Farm comes with a responsibility that it works for the entire neighborhood," noted Lee. Having animals that create too much noise, odor or mess can mean having neighbors that are unhappy. Lucky for Lee, her neighbors also have their own Urban Farm and are excited to have a neighbor with similar interests. It certainly makes finding a farm sitter a bit easier.


Everyone I spoke with told me that the downside of keeping urban animals is that it is a 24/7 job which makes going on vacation difficult. Weaver told me that there have been times when she's had to leave events early to go home and close up the chicken coop.


Another downside to having urban livestock is when animals get sick. Having to decide if and when to treat their illness can be a hard decision. There are vets who treat chickens and other small livestock but they are rare and can get expensive. In traditional farming, farm animals are rarely pets but urban farmers tend to make chickens into their pets with names. This means when egg production drops off, as it does in a few years for most chickens, the urban farmer must decide if they are going to keep the chicken around as a pet or if they are going to cull their flock.


Taking all of this into account, I'm still interested in having chickens someday. I love the idea of having fresh eggs daily from my own backyard, teaching my children about raising animals and listening to chickens as they announce their egg laying. The Seattle Tilth Urban Livestock classes are a great resource to learning more about keeping livestock in an urban environment. There are classes on bee keeping, raising city goats and of course, keeping chickens.