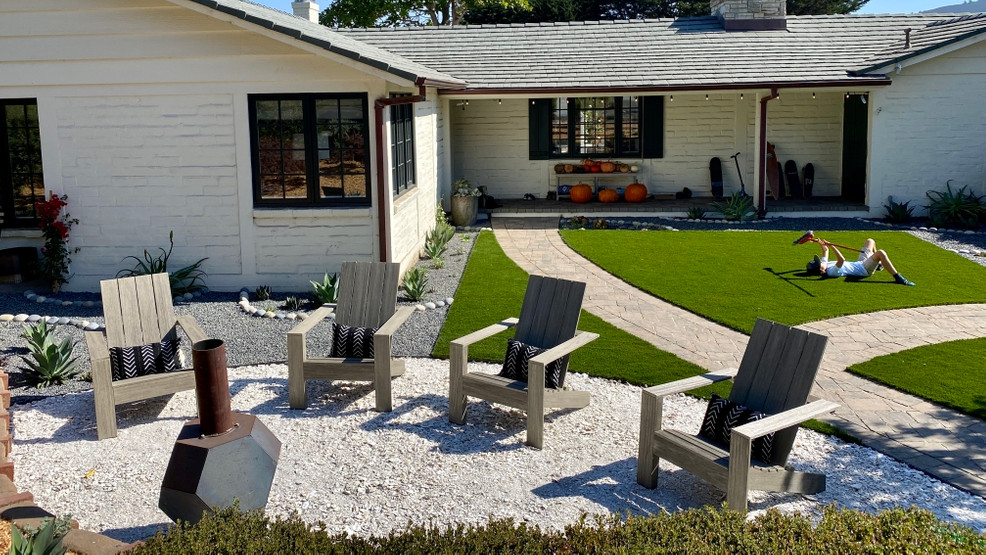 Mark Soboil, marine scientist and owner of Shellscapes, has created a company that merges his past with his PNW present.

"I was born and raised in Capetown," he said. "A beautiful seaside destination in Southern Africa. The beauty of nature was always an extension of my family home."

After moving to the States and attending a Marine Sciences graduate school in New England (where he met his wife), Soboil came to love the classic Cape Cod look of crushed seashell used on driveways and walkways. After relocating here, they wanted to install something similar on their property to complement the aesthetic landscape designs of the Pacific Northwest, yet were unable to source any shells locally. Soboil decided to take things into his own hands.

When COVID prevented him from traveling and consulting in fisheries around the globe, he seized an opportunity to work with local oyster farms.

"With the advent of hatcheries many farms had moved from filling mesh bags with their discarded shell - which they placed in the bays where oyster larvae could grow - to raising single oysters in tanks to cater for the live market because it prevented the oysters from cementing to each other," said Soboil.

Many of those farms were now looking to reduce, recycle and reuse their discarded shells, and a perfect collaboration was born. Among the many reasons customers choose to create landscapes made of these sustainable crushed remnants, Soboil says, "They are natural, beautiful, functional and remind us of the sea!"

The product can be used in any area where one would normally apply gravel or other small stones; think paths, patios, courtyards, driveways or any hardscaped area.

"As the shells are walked on or driven over they break into smaller pieces that disperse evenly, creating a stable and compacted surface that’s not prone to the ruts and holes you get with other materials like gravel."

While other products used in the garden can be dangerous or toxic to the environment, Soboil only sources from sustainable harvesting operations. The 100% environmentally-friendly shells not only look visually appealing, but they also bring perks like providing excellent drainage (since rainwater runs through them to percolate into the ground) and acting as a great natural fertilizer that enriches the soil.

Soboil appreciates that oyster farming is iconic to the Pacific Northwest.

"Native Americans have harvested oysters from the Puget Sound for thousands of years," he said. "They crushed the shells and placed them on paths which provided a permeable and sturdy passageway."

He goes on to explain that oyster farming in the region began in the mid-1800s; this is now one of the largest producing areas in the U.S.

"It is important for us to work with local and sustainable oyster farms so that we can re-introduce this beautiful material back into the design and aesthetic of Pacific Northwest landscapes, in much the same way it has become synonymous with the landscapes of Nantucket and Cape Cod on the east coast."

Before fully committing, customers can order samples directly from the Shellscapes website (something tells us most prospective buyers will be sold after getting a glimpse of the new-and-improved scene).

"Once the shell has been installed, we love sharing the excitement and delight of the beautiful landscapes with our clients knowing that it is a natural product, and that is supplied from a sustainable source."

Before fully committing, customers can order samples directly from their website.