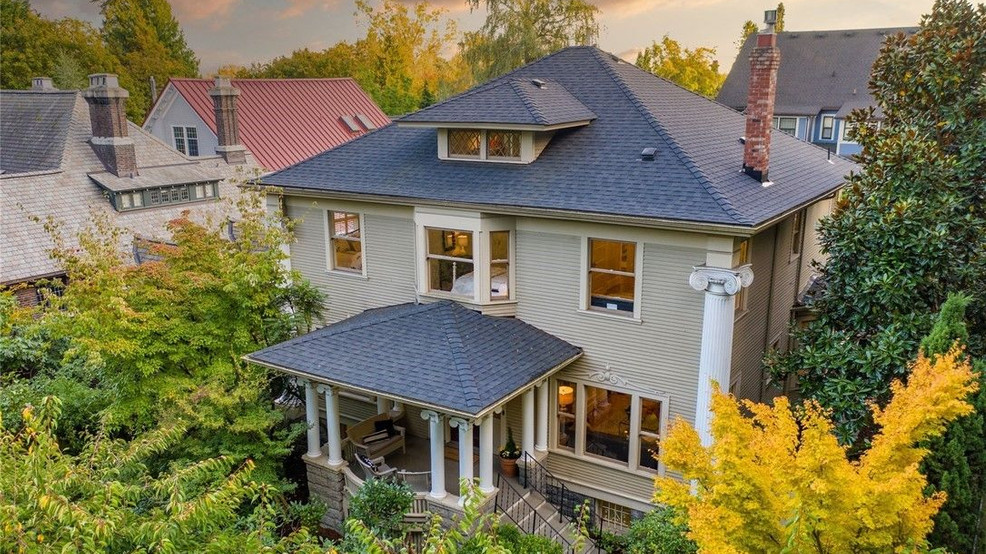 There's a mansion with some musical history officially on the market.

Sitting on Capitol Hill's Millionaires Row, this 4,779 square foot home is reportedly where the band It's a Beautiful Day wrote the 1969 song "White Bird."

According to the website History Link and the listing agent, the song was written while the band temporarily stayed in Seattle during the winter of 1967 for a series of shows at the Encore Ballroom.

The band's violinist, David LaFlamme, said this about writing the song on his website:

"We were living in the attic of an old Victorian house in Seattle, and performing at the Encore Ballroom. It was a typical Seattle winter day, rainy and drizzly, and we were looking out from the attic window over the street in front of this old house. It was on Capitol Hill, the old section of town across from Volunteer Park [...] The song describes the picture Linda [LaFlamme] and I saw as we looked out this little window in this attic."

"We were like caged birds in that attic. We had no money, no transportation, the weather was miserable. We were just barely getting by on a very small food allowance provided to us. It was quite an experience, but it was very creative in a way."

More information can be found online.