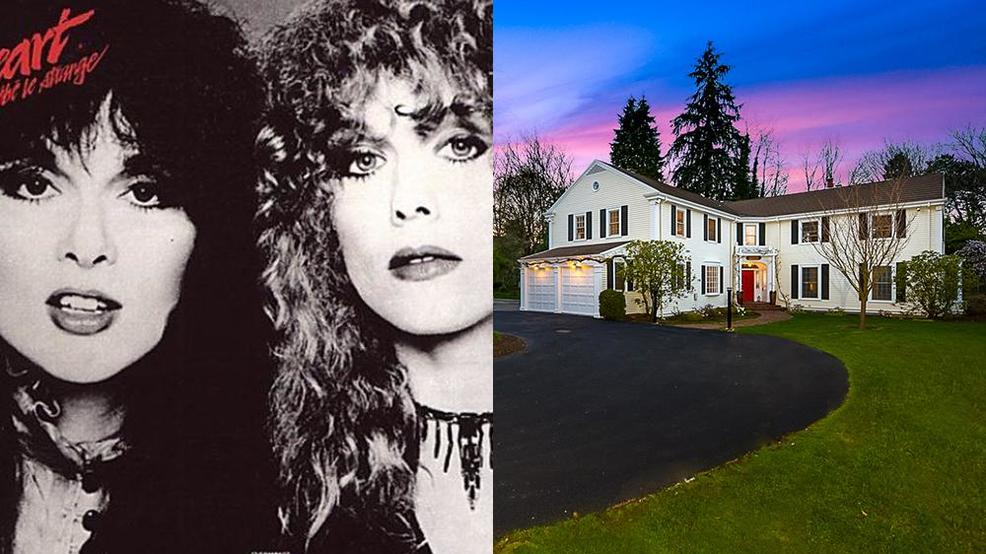 On a secluded street on Capitol Hill sits a hidden gem – a private mansion full of Heart.

It was first built as a hotel a century ago, and later owned by the first female architect to graduate from University of Washington. Then Wilson called it home for three decades, during the height of her Heart career. Needless to say, every room has a story.

“There’ve been celebrities through this home since it's inception,” said Nancy Klinck, the home's broker. Klinck knows every inch of this iconic place.

Of course we couldn’t tour the home without knowing what Wilson herself had to say. Even though she’s now living in Florida, she took time from her busy schedule to chat with us.

“It is bittersweet because I love the house, I love the land it sits on,” she said. “The land is just my favorite part really, [it’s] magical. It's like living in a secret garden because it's so isolated on Capitol Hill, in the middle of the city, yet you don't know you're in the city - you just think you're in the forest.”

While Wilson says she’s enjoying the Sunshine State, she misses the home she lived in for many years dearly.

“I miss the house,” she said. “I love the house. I gave my energy to it for many years. I put my heart and soul into it, and raised kids there.”

Sure enough, you can still see the indentation in the house walls where Wilson marked her children’s heights throughout the years.

But the Wilson family aren’t the only ones who graced these halls. Cameron Crowe and Nancy Wilson actually were married here!

“In 1987 my sister Nancy and Cameron Crowe got married in the living room!” said Wilson. “There’s a grand staircase I remember Nancy coming down in her wedding dress and everything.”

“All the guys in Soundgarden, all they guys in Pearl Jam, all the guys from Mud Honey, the Nirvana people, the Alice in Chain people,” Wilson rattled off. “The whole Seattle music scene! That house serviced kind of as a midpoint for everyone.”

But it was her house parties that would really rock the place – especially Halloween. In fact – Soundgarden fans may have seen the interview Wilson gave Rolling Stone several years ago where she chronicled an especially memorable Halloween party where Chris Cornell dressed up as the physical embodiment his own hit song, “Black Hole Sun.” And when many outlets picked it up, no one could find a photo of said costume, seemingly out of character for a man known for his low-key, passive behavior.

Well guess what. Wilson has one, and she shared it.

“The [party] theme was ‘Come As A Song,’” recalled Wilson. “And [Chris Cornell] came in with these huge platforms on, in a great big yellow/orange jumpsuit. He had a big sunburst on his face, which was all blacked out. He was ‘Black Hole Sun’!”

You can feel incredible memories like this one in the house, a piece of Seattle rock n’ roll history.

These days Wilson is staying busy on a solo tour for her latest album, “Immortal”. But could a Heart reunion be in the works?

“There’s an urban myth going around that Nancy and I have a big feud going on,” laughed Wilson. “Which we do not. We love each other[but] I cannot say out loud right now that we’re going on tour.”

Heart fans have to wait a little longer for official work on a reunion tour. Until then, Wilson may ave moved on from this home, but her Heart will always be in Seattle.