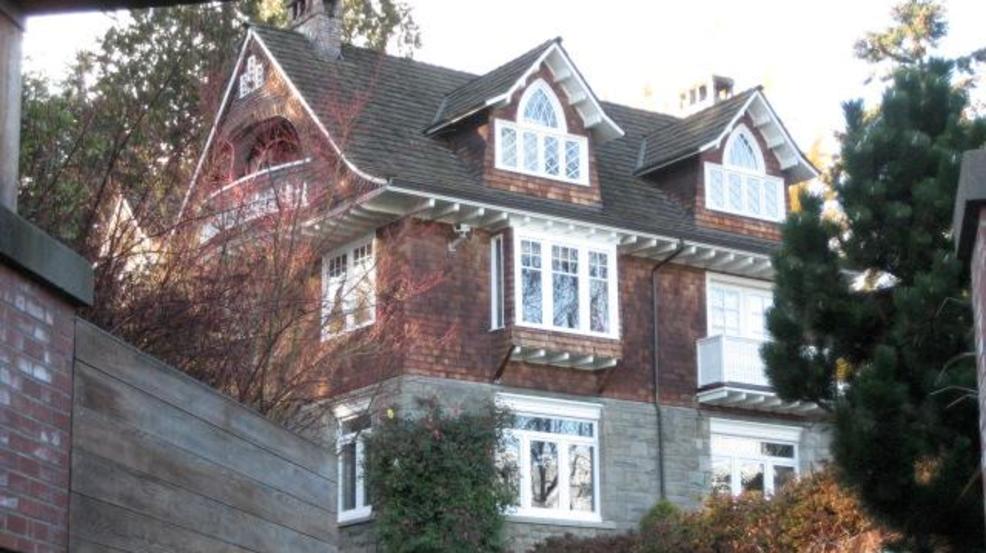 This is the sole photo available on the Seattle Department of Neighborhoods <a href="https://web6.seattle.gov/DPD/HistoricalSite/QueryResult.aspx?ID=2147010560" target="_blank">website. (Image: Seattle.gov)</a>
SEE MORE

Possibly the most iconic home in Seattle, depending on who you ask.

It's the 117-year old home in Denny-Blaine Kurt Cobain and Courtney Love purchased in early 1994. Love sold the home to a trust in 1997, after Cobain's suicide.

According to the Seattle Department of Neighborhoods, the current residents have owned the house since 2000, just a couple short years after Love and her daughter moved out following Cobain's death.

The 8,212 square foot home is being sold by Ewing & Clark for $7,500,000 - who declined a comment or to release interior shots of the home. Exteriors can be found online at the posted listing, here.

City records say the home was renovated in 1947, and associated photos suggest further changes made in the late 1950s. It appear from the current listing photos that it's been even more recently renovated.

A couple photos, and city/state records - mystery continues to surround an already infamous home and couple.

Interested to see the house in Aberdeen where Cobain grew up? We profiled it back in 2015 when it hit the market for $400,000.