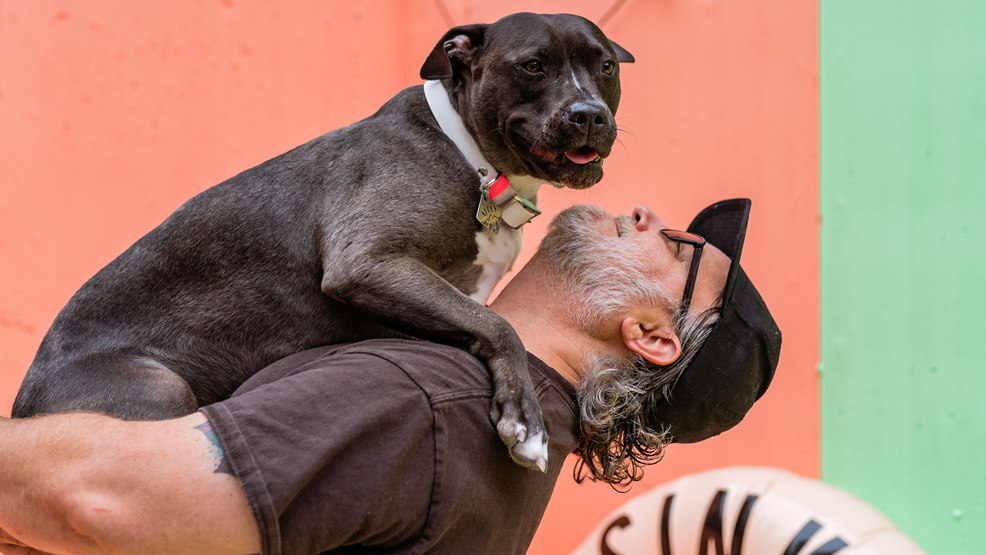 Why Not Me: Let's Find Mika a Home

The 4-year-old absolutely loves people, and is playful, goofy and loving with humans. Dogs on the other hand...she's still getting used to. It's not so bad that you can't take her out on a walk, she just get anxious around them and is still learning how to ignore the distractions they bring.

Her foster mom has been working a ton with her, and it's going really well! She's learning the command "Look" - so that when they're on a walk and another dog approaches, she knows to look at her walker and not the dog. While it's still a work in progress, Mika needs to go to a home with no other animals.

Despite her animal anxiety, the team at Forgotten Dogs Rescue has absolutely fallen in love with this cuddle bug. She loves belly rubs (can't emphasize this enough), and will flop right over on her back for literally anyone with hands.

"She's a big snuggle bug," said her foster mom of two years, Lisa. "She likes to curl up with us on the couch and watch TV, she loves to lay in the sun and soak up the warmth. She also likes to play fetch and tug, and soft toys are her favorite. She's a big dork."

Mika was found as a stray in Yakima, and since they have a pitbull breed ban there - she was brought over to Seattle two years ago to be adopted here. She has a wonderful foster home, and despite some time spent on the streets of Yakima she's not a bit aggressive.

"She's really good at relinquishing stuff to me," said Lisa. "Whether it's bones or food or toys. I start reaching in her mouth, she'll let it go."

She doesn't need a ton of activity and loves to snooze - sometime her foster parents are up before she is in the morning!

"One of the positive things about her is that she doesn't require lots of exercise," said Mika's foster dad. "A little short burst and then she's ready to lay down."

Forgotten Dogs Rescue suggests that an ideal home would have a fenced in yard, a home with no pets and older kids (she's a big goofball so might knock little ones over), and people around to spend time with her! She's been looking for two years, and is ready to find her furever belly rubber.

"She loves being with her humans, and so people who have time on their hands [to spend with her] would be ideal."

Interested in Mika? Fill out an application here or email them at forgotten.dogs.rescue@gmail.com.