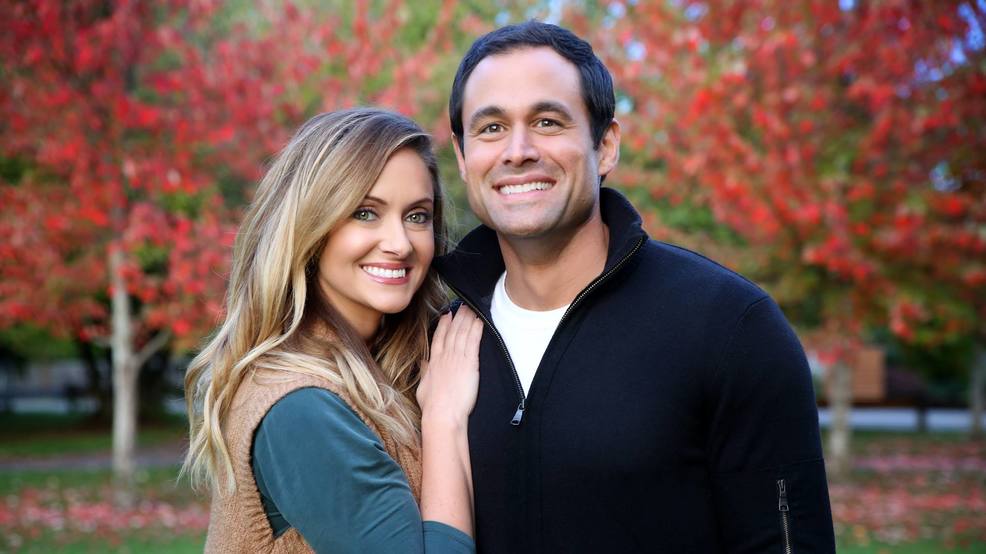 Party of 3: Talking love and life with The Bachelor's Jason and Molly Mesnick

It's been nearly ten years since America watched Jason and Molly Mesnick fall in love on TV. Fast forward to today: the Mesnicks have been married for eight years and have built a life together here in Seattle!

So what are they up to? We caught up with couple from The Bachelor Season 13 at Shelter Lounge in Green Lake.

Carey Brandenburg chatted with The Bachelor alums about the controversial last season of the show, their Bachelor memories and got the scoop on what's new.

First up, we wanted to get their take on last season's controversial "The Bachelor" finale. Here's a quick recap: Bachelor Arie Luyendyk asked Becca K. to marry him-- then, in a shocking twist-- dumped her for runner up Lauren B. It was reminiscent of Season 13 when Bachelor Jason chose Melissa Rycroft, realized he'd make a mistake, and then started pursuing a relationship with Molly.

"Bachelor Nation fans know who you guys are and have known for almost a decade now but we're seeing you a lot more because of the recent events of the past season and you guys are as Melissa Rycroft said, you guys are the OG," laughed Brandenburg.

Molly chimed in, "The OG switcheroo." "The grandpa bachelors," adds Jason. "You become a verb like Arie did a 'Mesnick' teased Molly.

"You had said in a recent interview you wished Arie had called you before everything went down," recalls Brandenburg.

"It's a hard thing cause I would have said just don't do anything with the cameras," stated Jason. "Like the producers are there to make you feel like you're making the right decision but they know the audience is gonna talk about it. It's gonna be across all across every piece of media and that's great for them, but that's not gonna be good for you."

"I think the one thing too that people don't realize on the show you don't really get to know each other that well on the show," explained Molly. "You really don't like-- in total, collectively with dates and stuff you probably spend 48 hours together over the course of six weeks."

"Anybody who's gonna be 'The Bachelor' ... the phrase that's been passed around from person to person is 'I'm gonna tell you not to do it but you're gonna do it anyway,'" said Jason.

Noted Brandenburg. "I thought this was interesting that People magazine this week had the exact same headline as yours?"

"I held up both pictures on Twitter ... and I was like I'm just sayin' kind of seems similar," laughed Jason.

Both Jason and Molly were there at the taping of the show 'After the Final Rose' when Luyendyk actually proposed to Lauren B.!

"We didn't know the engagement was gonna happen and we were backstage and the minute I saw it, my jaw hit the floor," recalled Molly. "We had just walked by Lauren. Remember Lauren was coming on set and she had no idea."

"The backlash has been crazy. People wanting to cancel the show what's your guy's take on that?" asked Brandenburg. "People bark about that stuff every year," said Molly.

"Jilted!"... Molly interjected with a smile.

"It had the same kind of ending to the season but other than that, you guys have had totally different experiences that Arie and Lauren, because you dated long distance for quite a while and then you decided to move out here," stated Brandenburg.

"It was me!" quipped Jason.

"It was an easy choice too because I love Seattle," explained Molly. "It's a great city but we're both surrounded by really great families and surrounded by people who are really level headed and they kept us grounded and down to earth."

"You really liked Jason when you were on TV with him but you fell in love with him after the fact," asked Brandenburg.

"It wasn't until we were away from the TV production, getting to know each other," Molly revealed. "I acted very different on camera."

"Oh my God you're not even the same person," exclaimed Jason. "Even when she would kiss me on camera it would be like this {makes face}."

"I was so nervous," recalled Molly. "I'd have total panic attacks. It's just not natural I am very timid and shy on camera and I came off as this chill easy going girl and he learned very quickly that's not how I am."

"You guys have been married for 8 years congratulations" Brandenburg exclaimed.

"The only couples who have ever worked and gotten married have been the ones that left LA," Molly laughed.

"What would be would be your advice for Arie and Lauren," asked Brandenburg. Jason's advice, "Get away from all the TV stuff."

"Tell us about Steve Poole," Brandenburg asked Jason. "So when I got back, I was doing a bunch of stuff with KOMO and Steve Poole was probably the one guy in town who was giving me advice about how to live life when people know who you are. And he always said listen: "If you're gonna go out in public, just be ready that people are gonna know who you are and so you have to be prepared to treat everybody kindly. And if you don't wanna do that, stay home," Jason said as he laughed.

"I'm doing residential real estate, and as everybody knows this market is it's awesome for sellers and really hard for buyers and I work with everybody and friends and family and anybody. The last two deals I've done is a $400,000 condo and a 12 million dollar condo {Bellevue Towers Penthouse 4201}. So I help everybody in between and I love it," said Jason.

"So you are on the radio in Seattle every morning how did that come about?" asked Carey.

"I've been friends with Bender for a long time. And then anytime he needed a fill in cohost over the years he would call me just to see if I was interested. Radio has never been in my dream it has never been in my mind as my path of where I'm gonna end up. I always worked corporate retail. But when the spot was open he gave me a call and said hey how would you like to it across from me every single day and it's the coolest job ever," smiled Molly. "Now I really feel like I'm Molly from 106.1 KISS FM."

As the lunch winded down, Brandenburg asked about the couple's family-- and the future. "Tell me about your kids?"

Then Brandenburg asked them the ultimate question: "What if one of them 10-20 years from now "

ReachNow was the transportation partner for this Party of Three! ReachNow offers Seattleites the freedom to have a car when they want one, but frees them from the cost and hassle of insurance, parking, fuel and maintenance. More info can be found here.